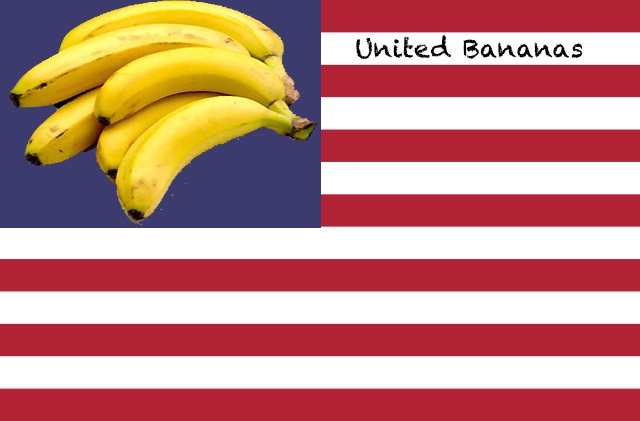 While many associate the “Banana Republic” with a popular clothing store, history buffs will recognize this term to illustrate political instability within a country that is dependent on a single export source to bolster their economy. One would think that with all the political rhetoric and energy, government resources, media attention, and developing abuse deterrent formulations by Big Pharma, and the ongoing illegal import of contraband opioids, that our current economy spins in a universe of political instability that is dependent on legal and illicit opioids.

Alternative facts and half-truths continue to bolster the Opioid Banana Republic.  For example, in a previous blog post, Hydrocodone Half-truths Hath No Fury, we point out that “The claim that Americans use 99% of the hydrocodone available globally is a half-truth, as the US uses hydrocodone (which mg for mg is equivalent to oral morphine) in combined formulations with acetaminophen, aspirin, or ibuprofen.  In Europe, it’s more common to see dihydrocodeine, a codeine derivative and weaker analgesic compared to hydrocodone, used for mild to moderate pain or simply morphine itself.  Hydrocodone in Canada is only available in a cough syrup or elixir but not otherwise used for pain treatment.  Hydrocodone has also been used in Australia but has largely been replaced by morphine.  Ignoring this exclusivity of hydrocodone skews the picture of why the U.S. consumes the worldwide majority of hydrocodone and the reasons why hydrocodone has been prescribed more than any other prescription drug in the US.

Journalist Josh Bloom recently enlightened us with many more alternative facts in The Opioid Epidemic In 6 Charts Designed To Deceive You where he delineates examples with varying headliners including Manipulative and misleading statistics, Telling a half-truth, Twist the truth, and more.

I want to believe that as a country, we aren’t that naïve, that we don’t take everything we read at face value, and that we are educated enough to question and delineate fact from fiction and recognize evil – but I have my doubts.

But alas, I have been blessed with several well-educated and scholarly residents over the last several years and I do encourage all of them not to take anything they read at face value, that education is a privilege which requires respectfully questioning colleagues, delineating fact from fiction, reconciling accurate versus fallacious publications (mainstream media and peer reviewed professional journals), and recognizing  purposeful, perhaps even evil statements from otherwise perceived authoritative sources.

Here to help readers grasp the irrationality, ludicrousness, preposterousness, absurdity, and even silliness to which we are exposed daily with regard to the “opioid crisis”, is my current colleague and resident Dr. Mena Raouf. Dr. Raouf has truly taken this to the next level – here is what he had to say…

Data is a powerful double-edged sword! It is often used to guide decisions. But too often than not, data can be misconstrued and misunderstood, whether intentionally or unintentionally. Data in the wrong hands can be used to sensationalize, inflate, confuse, oversimplify, and ultimately mislead the public.

There have been many studies to come out linking opioids to negative outcomes on the basis of correlation. Data from these studies is exploited by media to sensationalize the opioid epidemic and by regulatory affairs to derive policies. The majority of these studies are retrospective in nature and use observational analysis to establish correlations that are used to establish causal relationship. While observational studies have a large role in clinical research, there are inherit limitations to these studies and are subject to bias and confounders.

For example, a recently published stated that “higher prescription opioid dose was associated with moderately sized effects including greater pain intensity, more impairments in functioning and quality of life, poorer self-efficacy for managing pain, greater fear avoidance, and more health care utilization.”1 This conclusion was made on the basis that both variables coexisted in an observational study . Few questions come to mind when reading this article: What if all these variables have a common cause? What if it is the pathology that is causing greater pain intensity and higher opioid dose requirement, simultaneously? What if the severity of illness that is what is driving healthcare utilization as well as opioid dose requirements?

Many correlations exist, but this does not mean there is causation. A fundamental rule of statistics is that correlation does not imply causation.

Another example of this concept is a researcher notices a correlation between the number of speeding tickets and motor vehicle accidents. The researcher then concludes that individuals with more speeding violations are more likely to get into more accidents and establishes a causal relationship. Both outcomes are dependent variables and establishing a relationship between them is not appropriate based on the methodology. A missing lurking variable here is the number of miles driven. The more miles a person drives the more likely they are to get a speeding ticket and the more likely they are to get in an accident.

Correlation may be due to a common lurking variable as previously discussed, or completely unrelated. Inaccurately establishing cause and effect from correlations is quite common, and can occur purposely or inadvertently. When we see lines sloping together, points on a scatter plot clustering, or bars rising and falling together, we are tempted to jump to conclusions and want to believe a cause and effect exists. On the other hand, correlations can be intentionally exploited to sensationalize a variable and mislead the public.

Wait there are more spurious correlations

Let’ take a walk down the memory lane when a spurious correlation was trumped by experimentation. There were three meta-analysis of observational studies that concluded estrogen replacement therapy (ERT) decreased coronary artery disease by 35 % to 50%.2-4  Estrogen and progestin do in fact have positive effects on lipid profile, by decreasing LDL (bad cholesterol) and increasing HDL (good cholesterol). These findings at the time lead to a consensus that ERT is beneficial for cardiovascular health. However, when randomized controlled trials were conducted under the NIH-sponsored Women’s Health Initiative, cardiovascular disease and mortality rates were statistically higher in women assigned to hormone replacement therapy than placebo.6

Why did the experimental results contradict the preceding observational data? These findings led to re-analyzing the original data and it was found that women who took hormone replacement therapy were of a higher socioeconomic status who had better diet and exercise.  This was the true cause behind decreased coronary artery disease! In this case, the spurious correlation was due a omitted lurking variable.

What does this all mean?

What if the headlines, studies, and analysis using observational data and conclude “higher opioid dose leads to greater pain, worse functional status, and avoidance ” are missing an important variable?  What if the severity of the underlying pathology is the omitted variable and causing these outcomes simultaneously?  While there are theories of opioid-induced hyperalgesia, this an experimental phenomenon that is yet to be fully elucidated.6  The available evidence is not sufficient to support headlines stating “opioids worsen pain” nor be used as a blanket reason to take patients off opioids.6 However, this phenomenon has been sensationalized by media muckrakers as a “click bait”. I came across an article titled “Opioid Painkillers Make Pain Worse: The Drug That Lies” inappropriately using opioid-induced hyperalgesia as a supporting basis.

Another headline we commonly read is “Patients with mental health disorders are more likely to receive opioids” or “Depression is a risk factor for chronic opioid prescribing”. What if pain severity is also what is making individuals depressed? It has been well established depression is common among chronic pain patients.7 What if the actual cause [pain] is omitted from the analysis?

It is interesting how the opioid dose or “morphine equivalent dose” has become the center of attention. Lawmakers continue to analyze and update their policies to lower the numbers. Many recent observational studies are evaluating “Impact of policy X on morphine daily dose” and  “impact of intervention Y on opioid prescribing”, but patient outcomes is not a surrogate marker nor an endpoint. While of  course dosing is an important endpoint, but not measuring patient outcomes and then evaluating the efficacy of an intervention based on a “dose” begs the question, are priorities misplaced? The pendulum has swung too far and as a society, we are moving away from treating patients towards treating numbers. Interestingly, despite efforts to curtail opioid prescribing, overdose death rates has continued to rise.8

Sensational portraits have painted legitimate chronic patients as addicts and blaming them for their pain rather than blaming the society who refuse to accept them. Considering the extent opioid sensationalism, it would be of no surprise if global warming gets blamed on the opioid epidemic. There is no doubt that opioids have been overprescribed. Opioids are indeed high risk medications that have potentially lethal risks and potential for abuse and addiction. Opioids are not first line agents and should be only considered after non-opioid modalities (pharmacologic and non-pharmacologic) have been exhausted or are not appropriate. Careful consideration of risks and benefits should be employed at initiation and continuation of therapy. Patients should be screened for risks for misuse and abuse prior to initiation and throughout therapy. For a carefully selected subset of the population who have no other viable treatment options have the right to relief and quality of life that opioids may provide.

There is no doubt that there is an “opioid epidemic”. However, there is also an epidemic of statistical misuse and correlation fallacy. Statistically speaking, perhaps the world has gone bananas.

As always, comments are welcome and encouraged. 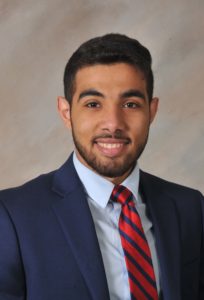 19 thoughts on “Alternative Opioid Facts and the New Banana Republic”