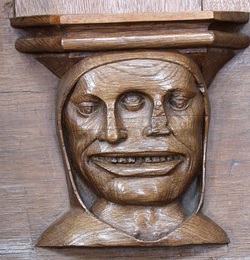 “America consumes 80% of the world opioid supply (99% of the world hydrocodone supply), but has about 5% of the world’s population. If you don’t think America has some kind of opioid problem, then move along because this rational, evidence-based, experience-laden way in which I’m going to discuss opioid use and misuse will not interest you.”  This is pasted from a post by Dr. Jen Gunter where she gives some honest insight on some of the issues that largely have gone unnoticed, or should I say IGNORED by mainstream media and otherwise rational thinkers.  I encourage you to read her post linked above.

“The hydrocodone question” has also been addressed in Drug Topics.(1)

What we have seen in the press and on otherwise “reputable” news casts and blogs is fraught with half-truths surrounding the issue.  This has unfortunately had an adverse effect on legitimate pain patients and has served to fuel anger in those unfortunate families who remain to grieve over a loved one that has succumbed to opioid addiction, eventual overdose and death.  While addiction is a separate issued from legitimate opioid use, they can never be mutually exclusive because there is overlap which requires careful consideration when prescribing these drugs chronically, or even for acute pain.

Notwithstanding, the media has been grossly irresponsible by ignoring the whole truth, and [educated] politicians should be ashamed for using the misfortune and grieving of others to bolster a bully pulpit by which to gain popularity while hanging their legitimate pain patient constituents out to dry.

Dr. Timothy Atkinson put it well in our pending textbook chapter (2), The problem with chronic pain and opioid medications, where he compares these hydrocodone statistics to U.S. soccer. Dr. Atkinson, who is on his way to Tennessee to establish a practice in pain management, states the following within that chapter…

“The claim that Americans use 99% of the hydrocodone available globally is a half-truth.  Hydrocodone in this regard can be compared to American football in a worldwide sense because no other country chooses to use it.  Just as the rest of the world plays soccer and calls it football, we use hydrocodone (which mg for mg is equivalent to oral morphine) in combined formulations with acetaminophen, aspirin, or ibuprofen.  In Europe, it’s more common to see dihydrocodeine, a codeine derivative and weaker analgesic compared to hydrocodone, used for mild to moderate pain or simply morphine itself.  Hydrocodone in Canada is only available in a cough syrup or elixir but not otherwise used for pain treatment.  Hydrocodone has also been used in Australia but has largely been replaced by morphine.  Ignoring this exclusivity of hydrocodone skews the picture of why the U.S. consumes the worldwide majority of hydrocodone and the reasons why hydrocodone has been prescribed more than any other prescription drug in the US.  The practical reality is that hydrocodone has become a favorite of physicians across the country because it is the only opioid analgesic of significant potency that over many years was not a schedule II controlled substance by United States federal regulation.  Hydrocodone combination products are schedule III controlled substances because it was originally believed the combination with acetaminophen or ibuprofen were less abusable compared to other products and potentially more effective in treating pain.”

Several studies have shown that the desirability, abusability, and/or likability of oxycodone is greater than that of hydrocodone, which at least in part is why the FDA originally scheduled hydrocodone as a III instead of II, another area of heated debate.  I don’t suggest that hydrocodone be treated the same or differently because of this, but I do wish to point out these facts here, because an added ingredient such as acetaminophen within the combination products such as Vicodin is not the only reason for the schedule III designation (3,4,5) and this has largely been ignored throughout media and political discussions.

Indeed, not only has the opioid pendulum swung too far (6), it has fallen off and knocked over heretofore clear-thinking clinicians and opioid overdose family victims to the point of an opioid-induced migraine, which I’m sure my colleagues know is a conundrum that is very difficult to treat.

We need to stop bickering!  Together, all of us need to encourage honest and open journalism, and work as a cohesive unit with regulatory agencies as a national community to make things right for pain patients and to protect against careless opioid prescribing.  We need to insist on accurate and honest reporting and squelch the hypocrisy of dishonest politicians such as Senator Joe Manchin who has a clear conflict of interest when it comes to opioid manufacturers as outlined here at When Politicians Play Doctor.

We have to insist on education to practicing clinicians and colleges, since the majority of those practicing medicine and pharmacy have scarce training on how to treat pain or addiction, and even less training on how to recognize and mitigate against opioid associated risks.  We need to recognize that for those that do have such training, the time for clinic visits have been cut to a minimum due to managed care reimbursement.  Furthermore, as pointed out in Dr. Gunter’s post hyperlinked above, expenses for alternative or adjuvant treatments other than inexpensive opioids, are not covered by insurance carriers and this must be addressed.

Many of you know that I have reached out to the “anti-opioid” community with an invitation to work in harmony, specifically Advocates for the Reform of Prescription Opioids (ARPO) with whom I would love to work.  Perhaps they are no more “anti-opioid” than I am “pro-opioid”, as it is not my intent to see the majority of pain patients on these drugs.  Instead I wish to see legitimate qualified patients on these drugs that have no other options and in whom proper safeguards are in place to monitor compliance and potential for subversive behavior.  I am not “pro-opioid”, but I am “anti-propaganda”, and this time I do not mean that as a pun!

For those involved with advocacy groups to curtail insouciant opioid prescribing and those involved with similar groups to preserve legitimate prescribing for patients requiring such therapy, please feel free to post a comment here and/or e-mail me to jeff@paindr.com.  My intent is to send a letter to the FDA as a collaborative effort requesting a forum by which all of our voices can be heard [TOGETHER] and new policies can be developed to address the needs of all in a civil and productive forum.