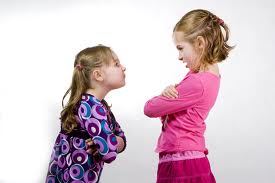 …and, it has created quite an uproar!

WE NEED YOUR INPUT!”

I have been barraged with e-mails by pharmacist and medical clinicians who are outraged by this letter.  Others feel it has some merit, but is far overreaching.  I decided to create a forum by which clinicians can duke it out [professionally] by commenting herein, for or against.  I am purposely withholding my personal feelings and position on the letter [for now] in an effort to remain an objective referee in case this blog gets out of hand.  Please note the blog policy when submitting comments.

-the Opening Bell has rung!

Here are the first two paragraphs of the letter:

“At present, the FDA-approved indication for nearly all instant-release opioid analgesics is “moderate to severe pain”. For extended-release opioids, the indication is for “moderate to severe pain when a continuous, around-the clock analgesic is needed for an extended period of time.” These overly broad indications imply a determination by FDA that they are safe and effective for long-term use. As outlined below, an increasing body of medical literature suggests that long-term use of opioids may be neither safe nor effective for many patients, especially when prescribed in high doses.

Unfortunately, many clinicians are under the false impression that chronic opioid therapy (COT) is an evidence-based treatment for chronic non-cancer pain (CNCP) and that dose-related toxicities can be avoided by slow upward titration. These misperceptions lead to over-prescribing and high dose prescribing. By implementing the label changes proposed in this petition, FDA has an opportunity to reduce harm caused to chronic pain patients as well as societal harm caused by diversion of prescribed opioids. In addition, FDA will be able to reinforce adherence to dosing limits that have been recommended by the United States Centers for Disease Control1, the state of Washington2 and the New York City Department of Health and Mental Hygiene.”

If you are a pain patient and wish to comment, please go to this blog and comment where indicated.

46 thoughts on “Label Changes for Opioids, FOR or AGAINST”