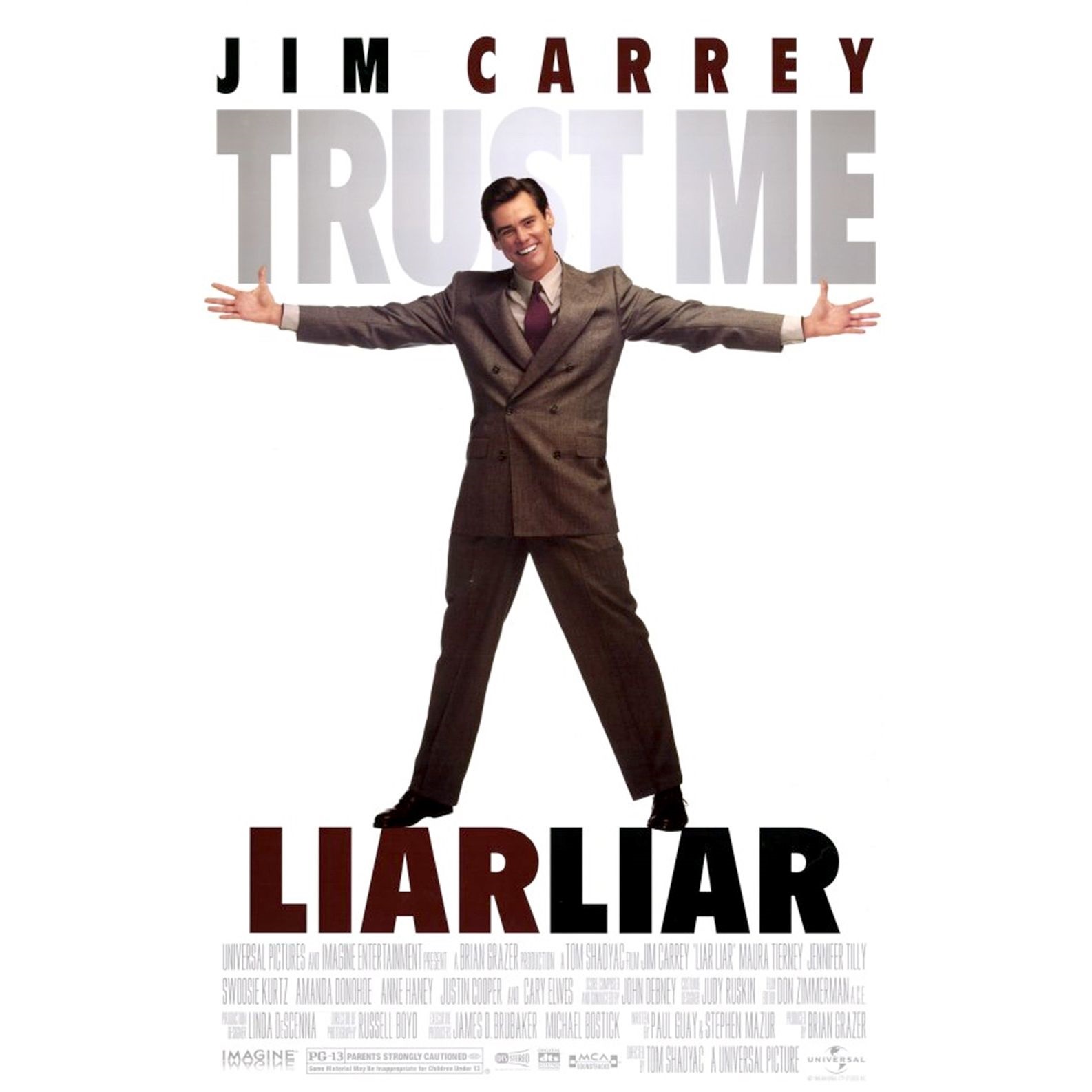 Insurance providers have already predictably started cashing in at the expense of pain patients in 2017.

There was little doubt in the minds of medical colleagues nationwide that the March 2016 release of the CDC Guideline for Prescribing Opioids for Chronic Pain would likely create humanistic barriers for legitimate opioid-requiring patients that otherwise are left to endure daily chronic pain.  Over the last year, one state after another began legislating assigned pseudoscientific maximum morphine equivalent daily doses that have no basis in science (or reality).  Suicides and depression have increased precipitously.

THE ONLY FOLKS THAT HAVE NOT BEEN HELD ACCOUNTABLE ARE THE INSURANCE PAYERS! 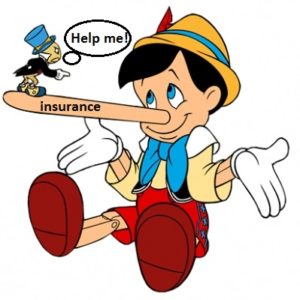 As predicted, insurance companies are pulling another fast one!

It is bad enough that third party payers routinely reject payments for abuse deterrent extended release opioids, and most, if not all of the “alternative treatments” suggested by the CDC guidelines. And although many states now require Medicaid to pay for in-home naloxone through partnerships with private insurance carriers, guess what – they are requiring prior authorizations for this life-saving drug which has left some people to die while approvals crawl through wieldy systematic layers of insurance policy makers’ Pharmacy and Therapeutic Committees.  Payer consolidation nationwide is motivating pharmaceutical manufacturers and pharmacy benefits management (PBM) organizations to pit one manufacturer against another providing incentive for price increases that influence pharma companies to provide “kickbacks” in the form of rebates to PBMs in order to gain favor and safeguard medication access. Considering that the largest PBMs are owned by insurance companies and large chain pharmacies, there is a clear conflict of interest. This was outlined here in “What will the Market Bear?”.  If the drug is not covered, the insurance provider makes money through cost-avoidance; if the drug is covered, the insurance company gets a percent of the profits through the PBM and chain pharmacy sales.  Who pays? We all pay, while pain patients suffer at the hands of INSURANCE COMPANIES!

With just two weeks into 2016, Dr. Michael Smith of the University of Michigan was kind enough two share two such cases where insurance providers decided the fate of patients with close strings to the 2016 CDC Opioid Guidelines.

Here’s what Dr. Smith had to say…

Ten years ago, pharmacies across the United States dispensed nearly 260 million opioid prescriptions, only increasing to nearly 290 million by 2012.1 While the increases in opioid prescriptions have nearly tripled over the last 25 years, so too have the rates of opioid overdoses. This, in part, led to the development of the CDC Guideline for Prescribing Opioids for Chronic Pain and the subsequent adoption by insurance companies of strict requirements for the use of opioids.2 Although these numbers cannot be denied or ignored, it is important to think about the ramifications of such measures.

As we open the new year with insurance plans scrutinizing the CDC guideline nearing the end of its infancy, the impact on patient care is beginning to emerge. Described below are two cases that highlight the swinging of the pendulum.

Case 1: CC is a 61-year-old female with a past medical history significant for tricuspid valve replacement, right heart failure, chronic hepatitis c virus infection, cirrhosis complicated by ascites, and chronic low back pain secondary to diskitis. The patient has an intolerance to morphine (rash and itching). After a recent hospitalization, she was placed on oxycodone/acetaminophen to manage her pain while she sought physical therapy and follow-up with her cardiologist and gastroenterologist. During this post-hospitalization period, her pain intensified. She was rotated to oxycodone without acetaminophen given the required escalation of doses. After several days, her pain stabilized on this regimen and a long-acting medication was sought. A prescription for continuous release (CR) oxycodone was ordered and shortly thereafter rejected with requirement for a prior authorization. The claims specialist at the insurance company stated they have a policy that requires the patient to try and fail all other extended release opioids before oxycodone CR would be considered. This included morphine, fentanyl patches, and methadone. She was not a candidate for morphine (as outlined above) or methadone (co-morbidities) therapy, so a trial of fentanyl patches was dictated by the insurance company. She ultimately failed this trial with another intolerance (difficulty breathing and shortness of breath). The requirement for fentanyl transdermal ignored any reasonable titration that would require a patient be relatively opioid tolerant prior to initiation. In addition to these requirements, the insurance company mandated a controlled substances agreement (which was already completed) with urine drug screening results and a follow-up with the insurance claims specialist in 3 months. Following all of these guidelines and re-opening the discussion with the insurance company about possible oxycodone CR, it was determined that the patient was not a candidate, as they stated she did not have cancer pain and was not previously managed with this long-acting medication. Given her chronic pain condition, quantity limits of short acting medications dictated by the insurance company also came into play. The patient, to date, is still seeking relief from her pain and has been referred to interventionists.

Case 2: WR is a 53-year-old male with a past medical history significant for ischemic cardiomyopathy status post heart transplantation 8 years ago, T1DM, depression, anxiety, gout, and severe osteoarthritis. The patient describes multiple sources of significant pain including bilateral shoulder pain due to severe motor vehicle accident 8 months prior to visit, with significant joint degeneration. Additionally, he describes cervical spine and lumbar spine pain. The patient was maintained by his primary care physician on pregabalin and hydrocodone/acetaminophen, which adequately controlled his pain to an 8/10, although he hoped for a 6/10, all on a visual analogue scale of 0-10 (0 being no pain, and 10 being the worst pain imaginable). He was evaluated by orthopedics for shoulder injections without improvement in pain after several rounds of corticosteroid injections, and was not a surgical candidate. He completed six months of physical therapy and continues with daily stretching learned through physical therapy. He has tried topical therapies, which also did not improve his pain. Ice occasionally helps to dull the pain. The primary care physician made plans to wean off the patient’s opioids without an alternative plan in place to manage the patient’s pain.

Each of these cases, early in 2017, highlight the upcoming challenges practitioners face.

The first case discusses an insurance company’s reaction to the new CDC Guidelines with strict procedures being required. The insurance company does not offer a pain specialist to referee the case, so these discussions are left to those that likely lack the required knowledge to appropriately manage these difficult patients.  Requiring clinicians to force patients to walk (or limp) through two Schedule 2 ER/LA opioids before they can have justifiable oxycodone CR , or perhaps a safer brand name alternatives such as Butrans or Belbuca is unconscionable – How does that fit in with the letter or spirit of the CDC Guideline?

The second case discusses provider reactions to the new Guidelines. In each scenario, the thought process was likely intended to help patients avoid unnecessary treatment with opioids; however, they begin to introduce new issues by limiting access to critical medications.

We ask that medical providers and others please share stories here that are directly related to fallout from the CDC Guidelines which specifically favor insurance companies at the expense of good patient care. 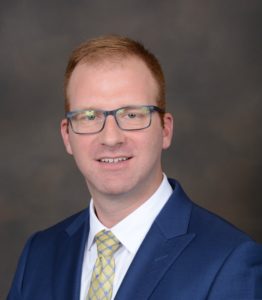 Michael Smith is a Clinical Assistant Professor in the Department of Clinical Pharmacy at the University of Michigan College of Pharmacy and Clinical Pharmacist in Pain and Palliative Care at Michigan Medicine.  Dr. Smith received his Bachelor of Science degree in Chemistry and Doctorate of Pharmacy degree from the University of Pittsburgh. He completed a pharmacy practice and internal medicine specialty residency at the University of Pittsburgh Medical Center. He is a preceptor of the Pharmacy Residency Programs at Michigan Medicine. He is also a Board Certified specialist in pharmacotherapy.

7 thoughts on “WEE OUTLIERS versus WE OUT LIARS”