Veterans Day is a reflective national holiday to honor those that severed in the US Military. These are the brave men and women that made personal sacrifices to ensure that all citizens, EVEN THOSE WITH CHRONIC PAIN SYNDROMES, are treated fairly and respectfully.  Yet, lawmakers and politicians have bastardized that unalienable right in an effort to gain popularity without consideration to The People.

I remind our readers that the Declaration of Independence states; “We hold these truths to be self-evident, that all men are created equal, that they are endowed by their Creator with certain unalienable Rights, that among these are Life, Liberty and the pursuit of Happiness.”

When arbitrarily setting limits on opioid manufacturing, if clinicians are willing to prescribe an alternative opioid that is available, it may be less desirable and more dangerous for their patient. Of equal concern is that as patients move from one opioid to another it raises the risk of accidental overdose and it also creates shortages of other opioids not on the list below. This will affect all patients whether they have chronic noncancer pain, acute pain, and end-of-life pain even in the hospice setting.

The very freedoms that our Veterans fought to preserve are being trampled on and trumped by Opioid Manufacturing Limits. As outlined HERE, citizens in pain have lost their independence, at times have NO LIFE to speak of, and NO LIBERTY because they are captivated by pain.

Here to sort out this new limit on controlled substance manufacturing are Drs. Lisa Dragic, Mena Raouf, and Erica Wegrzyn.  Each of these fine young clinicians should be commended for dedicating a year or more to caring for veterans.  This is what they had to say…

In the United States two federal agencies oversee drug products, the US Food and Drug Administration (FDA) and the US Drug Enforcement Administration (DEA).1,2 The FDA is charged with protecting public health by ensuring safety and efficacy of medications.2 The DEA classifies drugs by their risk of abuse and medical benefit.3 Schedule I drugs, substances, or chemicals are defined as drugs with no currently acceptable medical use and have a high potential for abuse. Some examples of a schedule I medication would be marijuana, heroin, and lysergic acid diethylamide (LSD).2 Schedule II medications have a high potential for abuse, but do have an acceptable medical use. Some examples of schedule II medications include those such as hydromorphone or oxycodone. Under the Controlled Substance Act, the DEA regulates the production of all schedule I and schedule II drugs by establishing production quotas.

Aggregate Production Quota (APQ) determines the total amount of controlled substances needed to meet an estimated medical, scientific, and research demands.1 This report determines the allowable manufacturing limits for each substance within the United States each year. In the 2015 Federal Register notice, the DEA increased the quotas of several opioids due to comments from the public expressing concern that there were insufficient amounts to provide for the estimated medical needs within the United States.3 Among those medications that saw an increase in production was hydromorphone at 7,000,000 grams, oxymorphone (for conversion) at 29,000,000 grams, and codeine (for sale) at 49,500,000 grams.3 While some medications and substances saw an increase in production, others medications such as amphetamines, tapentadol, and methadone saw a decrease.3 In 2015, the DEA allowed 37,500,000 grams of Amphetamine, a stimulant often used for Attention Deficit/Hyperactivity disorder (ADHD) and narcolepsy, to be manufactured.3 Down 13,000,000 grams from 2014. Tapentadol saw a 5,000,000 gram decrease in production from 2014 to 2015 and Methadone saw a 4,500,000 gram decrease without distinguishing between use as an analgesic or for opioid abuse disorder.3

On October 4th, 2016, the DEA announced its plan to reduce almost all Schedule II opioid medications manufacturing by nearly 25% or more for 2017.4,5 This established quota came after the DEA posted: “Proposed Aggregate Production Quotas for Schedule I and II Controlled Substances and Assessment of Annual Needs for the List I Chemicals Ephedrine, Pseudoephedrine, and Phenylpropanolamine for 2017” on July 22, 2016.2 This proposal allowed for public comments for one month and received a total of 13 comments. Five comments were from DEA-registered manufacturers and four were non-DEA registered entities.2 Several of the commenters expressed concerned regarding the proposed decrease in production. One commenter requested “transparency in the process of setting aggregate production quotas.”2

After review of thirteen comments, 2016 manufacturing quotas, current 2016 sales and inventories, the DEA removed the additional 25% from the aggregate production quotas for 10 products including the following opioids; Hydromorphone, Levorphanol, and Opium tincture.

*For Sale: If you do not change the basic drug class

**For Conversion: If you change the basic drug class

Much of the reduction of these schedule medications is due in part to the removal of the 25% “buffer” that was added to protect against drug shortages from 2013-2016.2 Of the reductions listed, hydrocodone will take a 66% manufacturing cut and oxycodone a 46% cut, respectively. These manufacturing cuts went into effect as of October 5th, 2016.2

This wouldn’t be the first time the public and other agencies have criticized the APQ system for controlling production of controlled substances. In 2011 and 2012, the DEA received pressure from patients and legislatures to increase the quota of amphetamines.6,7 This was because many patients with  ADHD found it extremely difficult to obtain their medications. In response to this, the DEA increased manufacturing of amphetamines from 25.3 million grams to 49 million grams in 2014.1 The final quota for amphetamine manufacturing for 2017 is 42.4 million grams.2 Amphetamines isn’t the only medication class affected by drug shortages. From 2001 to 2013 there were an estimated 168 drug shortages, some of which lasted for nearly a year. Many of these reported shortages involved pain relievers.8

Drug shortages prevent both providers and patients access to essential medications for medical treatment. In efforts to gain control of these drug shortages, The FDA Safety and Innovation Act (FDASIA) required the FDA and the DEA to work together to increase the production of medications known to be experiencing a shortage; However, a report published by the U.S Government Accountability Office (GAO) showed that there is a need for better management of the quota process and coordination between the two agencies.8 The GAO report found that the DEA is lacking accuracy when it comes to the data in its Year-End Reporting and Quota Management System (YERS/QMS). In 2011, it was estimated that 44% of the YERS/QMS had errors and 10% in 2012.8 Additionally, the DEA states that it does not have set protocols, policies, training materials, or other documentation to manage this quota process.8 Due to the report findings, the GAO recommended that the DEA take actions to improve its management of the quota system. While the DEA did not agree or disagree, they raised multiple objections to the report produced by the GAO.

The DEA has been under political pressure to reduce the supply of opioids.7,10 A letter was sent by a group of US Senators including Dick Durbin (IL) Sherrod Brown (OH), Edward Markey (MA), Amy Klobuchar (MN), Angus King (ME), and Joe Manchin (WV) to the DEA demanding a reduction in the opioid quotas. “We agree and believe efforts to halt this widespread epidemic will not be successful unless we use every tool at our disposal. We urge DEA to utilize its existing quota setting authority, to the fullest extent possible, to combat this epidemic“, the Senators stated in the letter. 10

The call for reductions of opioid production coincide with recent guidelines published by the CDC earlier this year. These guidelines focused on reducing opioids for chronic pain in efforts to combat the misuse and overdose of these medications.9 Although most of the reduction in opioid manufacturing is believed to be due to the removal of the 25% buffer, one can only wonder to what degree could the guidelines have influenced the DEA’s decision. For years, the DEA has experienced pressure to reduce the quota for opioid manufacturing. In fact, just this past summer a group of U.S senators urged the DEA to reduce the quota for opioid production.10 The DEA’s own press release cites the CDC guidelines recommendation for reducing opioid prescribing and states, “For years, DEA and others have been educating practitioners, pharmacists, manufacturers, and the public about the potential dangers of the misuse of opioid medications.”5 With the publication of the CDC guidelines and the DEA’s reduction of opioid production you can bet that legitimate patients suffering from chronic pain will find it hard to get the medications they need.  This could and will likely increase the risk of suicide among patients suffering from chronic pain and no doubt will fuel the black market for heroin, carfentanil increasing deaths, crime, infectious risks from illegal administration with needles, etc.

You may recall the infamous pharmacy crawl, following the crackdown on Florida pill mills in 2012, which forced legitimate pain patients with legal prescriptions for opioids to travel from one pharmacy, to another, and another in efforts to fill their prescription. 11,12 Eventually, some chronic pain patients turned to heroin and illicit substances.  While prescription drug overdoses may have declined in Florida, a noticeable rise in heroin and illicit fentanyl overdoses deaths was seen.13-14 History may be repeating itself here, and this time the impact could be greater and on a national level. The concern this time is not only a nationwide pharmacy crawl, but also institutions and hospitals unable to provide opioids to patients where use is indicated.

We are certainly not advocating for a wider opioid use.  There is no doubt that opioids are overprescribed but for a prudently selected subset of the population for whom other treatment options are not viable, opioids may be appropriate therapeutic options. However, efforts to curb addiction and drug abuse should not inflict greater harm on patients by limiting their access to pain relief and improved quality of life. The pendulum has swung too far and we hope the war against opioids does not continue to come at the expense of chronic pain patients.

History tells us that lawmaking around opioids is myopic at best, as outlined in Are State Lawmakers Calling for Suboptimal Physician Pain Education, which points out the ludicrous expectation that 3 hours of mixed education will qualify a medical provider to be an expert opioid prescriber.

Albert Einstein nailed it when defining insanity, “…doing the same thing over and over again and expecting different results.”  You can be sure that anarchy will #trump opioid manufacturing limits which became law on October 16, 2016.  We’ll see you back here to discuss the resultant panic on Veterans Day 2017. 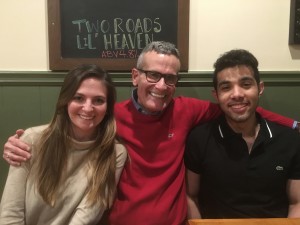 Dr. Dragic received her PharmD from Temple University School of Pharmacy and is currently a PGY1 pharmacy Resident at the Samuel S. Stratton VA Medical Center in Albany, NY, with a concentration in pain management and palliative care. Upon completion of the PGY1 residency, Dr. Dragic hopes to complete a PGY2 in Pain Management and Palliative care. Dr. Dragic aspires to be a leader in her chosen profession with focus on patient advocacy. 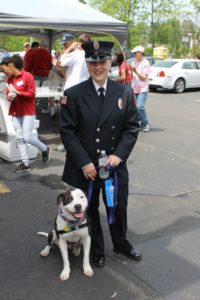