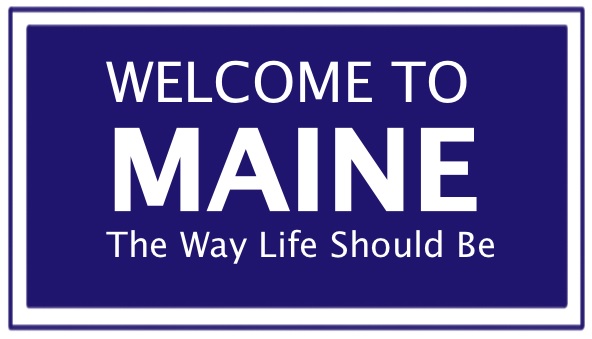 When I reflect on the beautiful state of Maine (ME), I imagine quaint New England towns, the beautiful ocean waters of Portland, York, Kennebunkport, and snow topped pines adjoining the Bangor Harbor.  I see gorgeous green mountaintops, Acadia National Park, the shops in Portland, the infamous L.L. Bean factory in Freeport, tasty Maine lobster, and of course the wildlife, especially those amazingly tall moose. As the state logo suggests, we all think about the way life should be!

But, it also is a state where the way life should be intersects with preventable deaths, and as Bullwinkle often quoted  from Rumi, “the art of knowing is knowing what to ignore”.

The Maine thing in this post is that opioid deaths can be prevented with naloxone access and the Maine Medicaid rules disallowing naloxone coverage are counterintuitive to say the least.  At first, we couldn’t believe it. I worked with two colleagues to collect information regarding emergency naloxone access in the State of Maine and Medicaid coverage.  After reviewing those policies, all I could say is, You’ve got to be kidding ME!

Although this is no laughing matter, I find myself grasping for the satirical irony in all this or it will drive me crazy. So to loosen the readers up a bit, I turn your attention to the famous lines from Rocky and Bullwinkle regarding continuation of their show (or their life as it were)…

Rocky: There has already been two attempts on your life.

We authors are worried for Maine residents, because you only die once and obviously this is not a cartoon, and no, life cannot be renewed!

There were an estimated 154 opioid overdose deaths in Maine in 2012 and 173 deaths in 2013. The number continued to increase; “An analysis released today by the Maine Office of the Attorney General reveals that 208 people in Maine died in 2014 due to drug overdoses – an 18% increase over the previous year. These substances range from cocaine to heroin and other opioids.”  Given the states geographic location these illicit substances can be trafficked across the Canadian border or up from New England states and then have nowhere to escape.  There has been a rapid spike in heroin products laced with fentanyl, a combination that can be 50-100 times more potent than heroin.  Maine Drug Enforcement Agency head stated in 2014 “he knows for sure it’s here in Maine” in a local Maine Channel 6 news broadcast when asked about the fatal combination.  Within one 24hr-period in June of 2014, the emergency department of the Eastern Maine Medical Center admitted five patients who had overdosed on fentanyl-laced heroin.

Click the “Maine” image below to see US drug overdose mortality rates per 100,000 people in 2010 which was collected and can be referenced HERE. Red bars seen when clicking state image below indicate states/territories that do not cover naloxone for in-home use in any formulation on their Medicaid formulary.  Each year, Maine gets worse. Maine deaths increased from 10.4 per 100,000 in 2010 to 15.6 per 100,000 in 2014.  This is a 50% death increase in just 4 years.

This should spark a movement towards opioid overdose risk mitigation or implementing programs such as Overdose Education and Naloxone Distribution (OEND), especially with the FDA approved naloxone auto-injector for in-home use, or at the very least, intranasal spray formulations that are available and have been used for in-home reversal off-label.

Are you ready for this?

You must first fail the less expensive generic oral naltrexone for “narcotic reversal”.

Naloxone auto-injector is FDA approved for acute treatment of known or suspected opioid overdose for in-home (or outside the hospital) emergency use.

Naltrexone TABLETS is a maintenance medication approved for prevention of opioid dependence. True, naltrexone is an opiate receptor blocker – it is used to prevent opiate activity should a known opioid abuser “fall off the wagon” and decide to “use” again.  Basically it binds with the opiate receptor and prevents morphine or heroin for example from activating those receptors which would otherwise cause euphoria and other opioid activity.  In short, the user obtains no high from abusing these drugs because the opiate receptor is blocked by the naltrexone – in essence it protects the addicted from craving the active opioid agonists such as morhine or heroin.  This is a maintenance drug for PREVENTION.

We are talking apples and bananas here. Medicaid covers medications that are prescribed for an FDA approved indication. According to Department of Health and Human Services, “To qualify for Federal payment under Medicaid, drugs generally must be approved by FDA, with certain exceptions”.  Naltrexone is not FDA approved for opioid overdose or what is referred to as “narcotic reversal” on the formulary. Something here does not make sense!

So let’s get this straight.  According to the Maine’s Medicaid formulary, the “preferred agent” in a patient experiencing an opioid overdose who is likely unconscious and in respiratory distress, is ORAL naltrexone?

You’ve got to be kidding ME!

As this blog commentary is being typed, we practically have to hold our jaws up in amazement.  Actually, the thought of prying one’s jaw open when they are listless and obtunded, just minutes away from opioid-induced respiratory depression and brain death, trying to figure out a way to place a tablet in their mouth and wash it down with water, the absorption of which would take well over an hour is ludicrous, especially considering that brain death begins at 4 minutes.  Oh, and just how do you get a dead person to swallow a tablet, much less pour in a glass of water!?

To stop picking on Maine for a moment, here is a list of states whose Medicaid programs also do not pay for naloxone: Alabama, Michigan, Ohio, Iowa, Louisiana, District of Columbia and some commercial Medicaid insurers in the state of Hawaii. That means that 45 of the 50 United States cover naloxone for in-home use in some form. But Maine is the ONLY state that currently requires a trial of oral naltrexone first. This should be added to classic Farrelly Brothers top 100 dumb and dumber quotes.

The argument of the naloxone auto-injector being too pricey will no longer fly.  In September of 2015, the pharmaceutical company Kaléo who manufactures the Evzio (naloxone) auto-injector donated 3,000 kits in the city of Baltimore (http://www.npr.org/sections/health-shots/2015/09/09/437599795/baltimore-fights-heroin-overdoses-with-antidote-outreach). They actually set up shop on the streets of Baltimore with healthcare providers and handed out free kits to the heroin community.    The company has a charitable program in which patients qualify for assistance if they are a legal US resident, do not have medication insurance coverage, are not eligible for Medicaid or Medicare, and have an annual household income equal to or less than 150% of the Federal Poverty Level.  The auto-injector is also covered by 75% of all 3rd party payers.

Business Insider ranked the state of Maine as 49 out of 50 for worst state economies in 2015.  Maryland was in a two way tie for 27 but somehow managed to connect with Kaléo and obtain auto-injectors for free.

It’s not about ME.
It’s about all of [the] US and doing what’s right.

No person’s life should be treated any differently whether from a poor or affluent community, township, county, state, region or otherwise.  None of these places are shielded from accidental opioid overdose by legitimate or illegitimate opioid use.  I think even the so-called “anti-opioid zealots”, especially those that have lost loved ones to a substance abuse disorder would agree that naloxone should be equally available to every person in every area of the country.

Why should one state Medicaid rule be different than another?  Why should one private insurance company determine whether or not overdose prevention is worth the effort and cost?

In closing, I am reminded of a frequently recounted poem at this traditional holiday season which was written by an unknown author over one thousand years ago. Whether or not readers believe in a superior being or ordained minister of sorts, or just dumb luck, this poem highlights the fate of persons over the coming year, both persons suffering from chronic pain and those with a substance abuse disorder.

It eerily suggests that Maine Medicaid is playing God here.  It goes like this…

Considering this limerick, we leave you with the following thoughts.

In all seriousness, let’s get this blog out to some folks in Maine that can fix this ill-fated error and ensure that in Maine, people at risk of opioid overdose have access to naloxone reversal at home.  Simply put, it’s the way life should be.

I wish to acknowledge the talents and dedication of the following co-authors who helped write, collect and collate the data for this post. 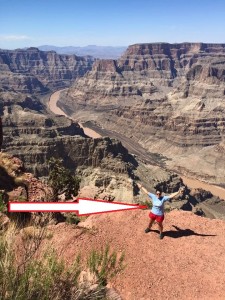 Dr. Jacqueline Pratt is a PGY2 Pain and Palliative Care Resident at the Stratton VA Medical Center in Albany NY under the mentorship of Dr. Jeffrey Fudin. Her research interests include risk stratification prior to and following opioid therapy with emphasis on requisite naloxone qualification for in home use.  Prior to completion of a PGY1 General Practice Residency at Sentara Healthcare System in Norfolk VA, she earned her BS in Biochemistry at Furman University in Greenville SC and her Doctor of Pharmacy at South Carolina College of Pharmacy MUSC Campus in Charleston SC.

Mena Raouf, a 2016 PharmD Candidate at the Albany College of Pharmacy and Health Sciences, with a concentration in Nephrology. Mena moved from Egypt 5 years ago to start pharmacy school and career in the U.S.  He hopes to complete PGY1 and PGY2 Pharmacy Residency and practice as a clinical pharmacist specialist. He is currently under the mentorship of Dr. Jeffrey Fudin studying pain management.

All of the content herein is the opinion of the author(s) only.  It was not reviewed by nor does it reflect opinions of their employers, the government or any other companies or affiliates.  This post was not completed as any part of the authors’ federal duty hours.

7 thoughts on “Are You Kidding ME?”