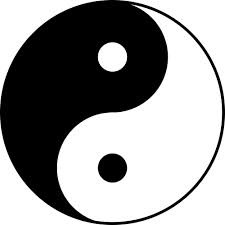 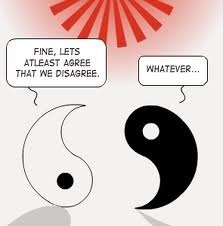 Guest Blogger Kyle Simon is the Director of Policy and Advocacy for the Center for Lawful Access and Abuse Deterrence.  After a recent clash between Phoenix House and CLAAD, as outlined in detail below, Mr. Simon agreed to provide insight on their dispute that surfaced about three months ago.  We of course invite Phoenix House an/or affiliates to comment herein or propose a rebuttal guest blog.  CLAAD Director Simon had this to say…

Can We Agree to Agree? The prescription drug abuse epidemic has impacted Americans in every state and among every age group and race. The Centers for Disease Control and Prevention(CDC) recently reported that overdoses involving prescription medications increased four-fold between 1999 and 2010,with  22,810 deaths relating to prescription drug overdoses in 2011.

While there is much work to be done to stem this epidemic, we have made progress at reducing prescription drug fraud, diversion, and abuse. The efforts of policymakers and countless health and safety organizations have contributed in a meaningful way to a reduction in nonmedical use of opioids in at least 10 states and a nationwide reduction in nonmedical use of prescription drugs among young adults aged 18 to 25.

States at the forefront of prescription drug abuse reduction policy, such as Kentucky and Florida, have enacted mandatory standards for prescribing certain schedules II and III controlled substances, and  49 out of 50 states have implemented prescription monitoring programs. The Affordable Care Act and the Mental Health Parity and Addiction Equity Act, coupled together, expand access to treatment for substance use disorders.  Federal and state policy makers and stakeholders are rising to the occasion and creating a landscape with better systems to ensure safer, healthier communities.

The National Prescription Drug Abuse Prevention Strategy, published by the Center for Lawful Access and Abuse Deterrence (CLAAD) and endorsed by some 30 public health and safety organizations, incorporates the viewpoints of the public and private sectors, medical and legal professions,and the abuse-prevention and pain care communities. Among its many policy proposals, the National Strategy calls for better prescriber and consumer education and state standards for prescribing controlled substances to ensure improved quality and safety of healthcare. Since 2008, some 95 percent of CLAAD’s even-handed proposals have been supported by federal policy makers,and numerous state leaders have worked collaboratively with CLAAD to advance reasonable policies to reduce prescription drug abuse.

While there have been marked gains in advancing better and more effective public policies, there have also been distractions. Earlier  this  summer,  two  California counties and the City of Chicago filed  lawsuits  alleging  that  several  major pharmaceutical companies improperly promoted opioid pain relievers.Additionally,despite a new federal law allowing more widespread community drug disposal including at pharmacies, the Alameda County (CA) Board of Supervisors this spring  enacted the nation’s first ordinance  requiring pharmaceutical manufacturers to pay for programs to dispose of expired and unused drugs.  It is the FDA’s role to vigilantly regulate the approval, labeling, and promotion of  pharmaceutical products, not that of counties or municipalities. County and municipal lawyers are inadequately qualified to make or enforce federal drug policy, and these lawsuits serve as a vehicle for local governments to seek revenue  through ill-informed measures under the guise of drug abuse prevention. In a May 30,2014, interview with   FDA Week, a CLAAD spokesman voiced these positions and expressed concern that these lawsuits are part of “a trend that will distract us from the real meaningful approaches to reducing prescription drug abuse.”

After reading the interview, Dr. Andrew Kolodny, president of  Physicians for Responsible Opioid Prescribing (PROP)and Chief Medical Officer of   Phoenix House,  contacted  CLAAD  via  telephone  to  condemn  its  comments.  During this conversation, Kolodny threatened that the Internal Revenue Service would revoke CLAAD’s tax-exempt status when alerted to the comments, which he believes conflict with CLAAD’s charitable mission.  CLAAD takes these false allegations and threats very seriously, and  responded in a letter which is publicly available for view on our website.

Critics who categorically dispute the motives of organizations like CLAAD and its diverse coalition members are, at best, narrowly focused. Their zealotry reveals their otherwise undisclosed health insurance industry bias.  At worst, they endanger the lives of people who live with pain and other conditions that can require controlled substances by stifling access to quality care.  Countless personal stories, plus many more  on this site, have highlighted how curbing access has the potential not only to prolong suffering, but it can also be costly when the individual must make unnecessary duplicative office visits or is hospitalized. Even worse, a recent survey by the National Fibromyalgia & Chronic Pain Association found that nearly 40 percent of people with chronic pain and without access to pain medication have considered suicide.

The most perplexing aspect of Phoenix House’s false allegations and threats is that Phoenix House and CLAAD could catapult a positive difference by focusing on their numerous commonalities and harmonizing their efforts to avoid conflict and duplication. CLAAD shares Phoenix House’s commitment to supporting individuals, families, and communities affected by substance use through prevention,treatment, and recovery programs.

Stakeholders committed to reducing prescription drug abuse must identify common ground and share the limited resources available to promote, among other measures, prescriber education, prescription monitoring programs, and early interventions and treatment for substance use. To have a meaningful impact on stemming this epidemic, we must work together and devote efforts and resources to their most productive uses.
As always, comments are welcome! 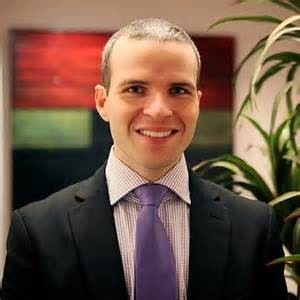 Kyle Simon is the Director of Policy and Advocacy for the Center for Lawful Access and Abuse Deterrence. His background includes several years of health care policy, advocacy, and political experience. He has worked with policy makers on Medicaid and regulatory issues, served members of Congress, managed a statewide political organization representing the President of the United States, and held leadership roles in multiple political campaigns.

In addition to his work with CLAAD, Kyle is an adjunct professor of U.S. Government at one of the nation’s best community colleges. He holds a Master of Science in Applied American Politics and Policy and a Bachelor of Science in Political Science from Florida State University.

10 thoughts on “CLAAD and Phoenix House Square Off”