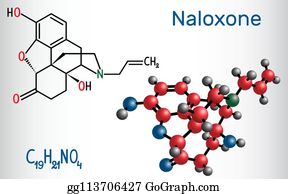 We have previously opined on appropriate use of naloxone in the hospice setting and the questionable policies of some nursing homes to disallow naloxone at the bedside of their residents.  We have also discussed accessibility of naloxone in the U.S. as the FDA considers a transition naloxone from prescription-only status to over the counter (OTC).  A recent inquiry regarding the utility of naloxone in patients taking tramadol recently sparked discussion among pharmacy colleagues regarding the generalizability of recommendations to provide naloxone to all patients on opioid therapy.

Here to discuss these issues on this important guest post is Dr. Amelia Persico and PharmD Candidate Youssef Bessada.

In a 2018 advisory, the U.S. Surgeon General stressed the importance of expanding the awareness and availability of naloxone as a key part of the public health response to the opioid epidemic. This includes increasing the targeted distribution of naloxone to patients at an elevated risk of opioid overdose in addition to patients taking opioids for long-term management of chronic pain1.  The advisory defined four factors as placing patients at increased risk of opioid overdose; misusing prescription opioids or use of illicit opioids, having an opioid use disorder, being recently discharged from emergency medical care following an overdose, being recently released from incarceration with history of opioid misuse of opioid use disorder. It is noted that specific risk factors have been further identified in the literature and a statistically validated tool is available to calculate risk of opioid induced respiratory depression (RIOSORD).2

The utility of naloxone as an opioid reversal agent makes it a desirable medication to have on hand for patients on opioid pain therapy; particularly those at increased risk of opioid induced respiratory depression as described in the Surgeon General’s Advisory. However, naloxone’s utility and safety may not be generalizable across all opioids with consideration to atypical opioids, particularly partial agonist opioids such as tramadol. Tramadol, a phenylpropylamine, is approved by the Food and Drug Administration (FDA) for the management of moderate to moderately severe pain as a centrally acting synthetic opioid analgesic. Despite being officially switched from a Schedule V to a Schedule IV controlled substance due to its abuse potential in August of 2014, analgesia associated with tramadol use is only partially, and perhaps minimally attributed to mu-opioid agonist activity. Inhibition of the norepinephrine reuptake also contributes to the overall analgesic effect in the same way that SNRI antidepressants are effective in management of pain.3  Tramadol’s opioid activity is unique due to both low affinity binding of the parent compound (6,000 times less than that of morphine) and higher affinity binding of the O-desmethyl metabolite, M1, to mu-opioid receptors.4 As such, tramadol-induced analgesia is only partially antagonized by the opiate antagonist naloxone as has been proven in several animal studies situation.3

Tramadol’s serotonin and norepinephrine reuptake inhibitory effects result in a unique adverse effect profile. Increased blood pressure and heart rate have been observed owing to the increased sympathetic tone associated with noradrenergic activity. In addition, patients prescribed tramadol are at increased risk of serotonin syndrome and seizures. Risk of seizures increases with higher doses of the medication and concomitant use of medications that increase serotonin in the synaptic cleft (SSRI antidepressants). This risk is further potentiated with naloxone administration in an overdose situation, which as warned in the tramadol FDA package insert. “Abrupt postoperative reversal of opioid depression after using naloxone may result tremulousness, tachycardia and seizures”.5 Since naloxone carries a small seizure risk on its own, combining it with tramadol may further lowers the seizure threshold. This combination has potential to induce a seizure particularly in a patient at elevated risk of serotonin syndrome. A study by Lagard et al in the Journal of Clinical Toxicology in 2018 found that while naloxone reversed tramadol-induced respiratory depression (p < .05) in Sprague-Dawley rats overdosed on tramadol, it significantly increased seizures (p < .01) and prolonged their occurrence time.6

According to the World Health Organization, very few cases of tramadol-related severe respiratory depression have been described in the literature. The cases described all concern cases of overdose, while at therapeutic doses, tramadol produced less respiratory depression, both in adults and in children, compared to morphine, pethidine, and oxycodone.7 It is important to note that the utility of naloxone in the setting of poly-substance overdose, particularly with more potent mu-opioid agonists, remains.

Naloxone is generally considered to be a safe reversal agent to a suspected overdose and a lifesaving tool to have in our armamentarium as health care providers.  However, given tramadol’s pharmacological make-up as a partial opioid agonist with low binding affinity to the mu-opioid receptor, it may provide little benefit in the setting of tramadol overdose. This small effect coupled with an increased, albeit low, risk of seizures in a tramadol-induced overdose may be a situation where potential risks outweigh the benefits and that there is poor rationale to support the common co-dispensing of naloxone with tramadol.

We are particularly interested in comments and discussion from our colleagues!

Youssef Bessada is a PharmD candidate in the class of 2020 at Albany College of Pharmacy and Health Sciences in Albany, NY. He is currently completing an advanced pharmacy practice experience in Pain Management at the Stratton VA Medical Center. After graduation, he plans to complete a PGY-1 residency, with interests in ambulatory care pharmacy and cardiology.

Dr. Persico graduated from Union Graduate College with an MBA in healthcare management in 2016 and completed her doctor of pharmacy at Albany College of Pharmacy and Health Sciences in 2017. She is currently a PGY2 Pain and Palliative Care Pharmacy Resident at the Stratton VA Medical Center in Albany, New York

8 thoughts on “Co-dispensing Naloxone with Tramadol”