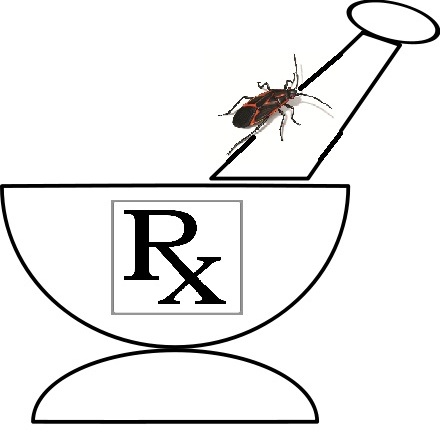 This week’s blog is dedicated to pain sufferers in all states, but particularly Florida that are expert at a new dance craze known as the “pharmacy crawl”.  Surprisingly in all my years as an experienced pain clinician, I had never known of this dance until a few weeks ago.  Unlike those of us that can easily learn a new dance because our good health and agility, the PAINFUL “pharmacy crawl” is limited mostly to chronic pain patients that are already stricken with a chronic pain disorder which by the way, makes it very difficult to navigate a limbo stick or dance the “crawl”.  This is one dance that most wouldn’t wish on their worst enemy.

First let’s break this down.  According to the Online Webster Dictionary…
phar·ma·cy is the art, practice, or profession of preparing, preserving, compounding, and dispensing of medical drugs.  It is a place where medicines are compounded or dispensed.
crawl is to move slowly in a prone position without or as if without the use of limbs; to move or progress slowly or laboriously.

By these defined criteria, the chronic pain patients of Florida who may have coined the term are spot on!  The pharmacy crawl is a monthly (or more frequent) trek (to make one’s way arduously) to a Pharmacy in an attempt to fill their opioid(s) that were prescribed by a duly licensed provider for a pain syndrome that, if legitimate, would require continuous around-the-clock dosing of chronic opioid therapy.  Without a doubt, the licensed pharmacist should exercise caution with this (or any other medication) to determine that it is a legitimate prescription written by a duly licensed professional.  Also the pharmacist undoubtedly will review the RX for the correct dose, drug, patient, disease v. drug, and make an assessment of potential drug-drug interactions.

Florida is one of several states that had an overabundance of “Pill Mills” that were in business to maximize profits from drug sales in patients that were not legitimate in terms of a diagnostic disorder that would warrant the use of chronic opioid therapy.  The U.S. Drug Enforcement Agency (DEA) and the U.S. Food and Drug Administration (FDA) have often gone on public record saying that the intent of regulation in this regard is to mitigate diversion of controlled substances, but not to intervene or determine when a drug is medically indicated for a particular problem…and for the most part, as far as I know they adhere to that policy.

Until recently, Florida had one of the most pathetic Drug Monitoring Systems in the country.  Restated, the state of Florida had no such Drug Monitoring Program, the irresponsible fallout from years of political and regulatory negligence.  Ubiquitous Floridian Pill Mills were frequented by drug addicts traveling into Florida from various states (most notably perhaps Tennessee and Kentucky), the majority of which were run by corrupt physicians who in many cases partnered with corrupt pharmacists and non-medical moguls.

Writing on the new Florida Pill Mill Bill, Governor Rick Scott admitted, “This legislation will save lives in our state and it marks the beginning of the end of Florida’s infamous role as the nation’s Pill Mill Capital.”  That was correct, but then he went on to say, “The new law is as tough on illegal distributors and unscrupulous doctors, as it is fair to law-abiding patients and industry professionals.”  Governor, I beg to differ on your second point! And according to Governor Scott’s website, “In March, with the help of Attorney General Pam Bondi, Florida Department of Law Enforcement Commissioner Gerald Bailey and state and local law enforcement, Governor Scott launched the Statewide Drug Strike Force to begin turning the tide against criminal drug trafficking in our state.”  Well government leaders, I’m calling you out on your promise-while your intent may have been honorable, the outcome, at least in part, is unacceptable hardship to many legitimate patients.

Who was responsible for the Pill Mills, who stood to gain by squelching them, who are the heroes/heroines, who are the villains, and who are the victims?  Although there are lots of legitimate patients that are “crawling” from pharmacy to pharmacy each month, and no shortage of media coverage regarding the problems and successful demise of Pill Mills, there seems to be a lack of media attention toward the victims in all of this.

The Florida community at large stood to gain by eliminating the Pill Mills of Florida if they could virtually eliminate criminality associated with the illegal influx and outflux of controlled substances.  I support that and commend the politicians, regulatory agencies, and law enforcement officials who took long needed steps in the right direction!

Pharmacies stood to make a fortune filling these prescriptions-thankfully many of the corrupt pharmacy owners are in the slammer and others have had their supply chains cut off from wholesale distributors.  Heck, even some licensed drug wholesalers had their DEA licensed revoked!  For all this I admire the politicians that made it happen.  Kudos to you!

But make no mistake, politicians love to wave their flag and say to the world, “Look what wonderful me did by cleansing our state of corrupt wrongdoers?”  Do you see these same folks exploiting the fact that if their predecessors had done their job to begin with there wouldn’t be such a problem?  Are they waving flags emblazoned with photos of legitimate chronic pain sufferers crawling from pharmacy to pharmacy each month and spending a fortune on wasted gasoline in hopes to find a pharmacy that has their medication in stock, and if so, are willing to dispense these medications to a patient they don’t know?

Yes, Florida dignitaries, you have sent many criminals to prison, and rightfully so…please throw away the key and burn them at the stake if necessary…it should have been done years ago.  Any medical doctor or pharmacist who dare use patients to maximize profit at the expense of their well-being should be extradited for their corrupt behaviors.  But, the rapid fallout is legitimate medical doctors who have been threatened that if one of their patients overdoses, they likely will lose their medical license.  Really?  If unbeknownst to a parent, their child snorts cocaine and is arrested, should the parent go to jail?  Pharmacists have also been threatened and in some cases falsely accused of guilt until proven innocent; some have lost the ability to order controlled substances from their wholesalers; in many cases the supply chain cut-off certainly is and was legitimate, but in others, it may not be the case.

Yes, Florida Pill Mills were a mess.  Many of the clientele were nothing more than drug traffickers, others were hooked on opioids before even realizing it, and some were just plain thugs.  People made millions of dollars while the ubiquity of Pill Mills flourished in Florida, and although many [now in office] politicians had a legitimate concern, today their inaction and blind eyes towards innocent bystanders is unacceptable.  This includes patients suffering in pain chronically that are forced to dance the dreaded pharmacy crawl each month.

I suppose it’s more sensational for the media to cover the Pill Mills, associated corruption, and millions in criminal revenue than it is to cover the suffering patients, who by many, are simply written off as drug addicts themselves because that is an easier “pill to swallow” for politicians, their constituents, and perhaps state regulators.  But many voting constituents that are okay with this mess either because they don’t have pain themselves, don’t understand the complexity of the problem, don’t know a legitimate pain patient caught in the pharmacy crawl conundrum, or they are angry because a relative is an opioid overdose victim (self-inflicted or by accident).

I was delighted that the Wall Street Journal published an article on September, 27, 2012 to cover the patient side of this important story, entitled “Making the ‘Pharmacy Crawl’ – Wall Street Journal”.  Still, I don’t see any Florida dignitaries [yet] thrusting their tongues about to expose the pitfalls of their wonderful Pill Mill accomplishments or telling the world about the misfortune of “crawling” patients as a result of the rapid Pill Mill round up.  In short, although something needed to be done, it was very poorly thought out.

Those who initiated the Pill Mill Bill should have taken immediate but calculated steps toward solving the problem, but not overnight because state officials were in fact a part of the problem for years, and legitimate patients, medical providers, and pharmacists might suffer as a result.  I suppose it’s easier to take credit for shutting down the Pill Mills than it is to swallow one’s pride and admit there is significant unpopular fallout with poorly managed patient pain care.

Sensationalizing the shutdown of Pill Mills while at the same time ignoring suffering Floridians is unconscionable!  I hope that those responsible for the hardship patients are suffering today never have a significant accident requiring the use of chronic opioids.  Should any of you Floridian lawmakers find yourself in a situation forced to learn the latest rendition of the new “crawl” dance, I’d like to be playing in the band.  Florida dignitaries, PLEASE evaluate the problem and do the right thing-perhaps you or a family member will reap the benefits in the future.

25 thoughts on “Dancing to the Pharmacy Crawl for Opioids”