Bob Twillman, PhD, FAPM is the Director of Policy and Advocacy for the American Academy of Pain Management.  A complete biosketh appears beneath this post.

The US Food and Drug Administration’s (FDA’s) February 7th and 8th hearing on opioid labeling produced a predictable outcome and at least one important admonishment to everyone involved in the ongoing discussions about what to do with opioid analgesics. In the end, I am more certain about what I think to be the proper regulatory response, and perhaps a bit more hopeful that the opposing sides of this debate can come together to produce useful guidance for clinicians trying to do the best for their patients with pain.

Aside from a handful of people who apparently thought the FDA had solved time travel, and could thus transport them back two weeks in time so they could comment on hydrocodone rescheduling, presenters focused on a number of relevant discussion areas. There were, of course, those presenting data about both the benefits and the risks of high-dose/long-term opioid treatment of pain, but there also were a few who talked about the philosophy involved with regulatory change, both in general and specifically with respect to those changes suggested in the PROP citizen petition.

If the data presentations had been a duel, it would have been one fought with Nerf swords, and clearly would have ended in a draw. While I was quoted as telling the committee that “the absence of evidence is not evidence of absence”, I think I might have been just as accurate if I had told them that “the presence of evidence is not necessarily evidence of presence”. Both those who focused on opioid therapy risks and those who focused on opioid therapy benefits were able to present data suggesting that there may be some truth to their respective assertions, but the nature of the existing studies is such that it really leaves you wanting more—more studies, more rigorous methods, more controls on subject selection, more simultaneous assessment of risks and benefits, etc. It reminds me of one of those chic restaurants where the portion sizes are so tiny that, after eating your entrée, you say, “Wow—that was really good. When’s dinner?”

One example of this was a slide summarizing several open-label extension studies of opioid treatment for “chronic non-cancer pain”. The presenter, who was clearly trying to make the point that long-term opioid treatment causes significant adverse effects, pointed out that, in all of the studies, roughly half the subjects terminated their participation prior to the end of the study. This strikes me as asking the age-old question about whether the glass is half-full or half-empty: clearly, a lot of people judged that the adverse effects were greater than the benefit they gained, but just as clearly, a substantial number also judged that the benefits outweighed the adverse effects. There are a lot of things we don’t know here that could influence the interpretation of these results. How heterogeneous were the subjects and the etiologies of their pain (which can vary substantially even among those with a single diagnosis, especially if it is as non-specific as “low back pain”)? What were the specific adverse effects, and if efforts had been made to address those, how many would have stayed in the studies? How many subjects dropped out of these studies but found better results when rotated to another opioid treatment? How many would have done just as well, had they been given non-pharmacological and/or non-opioid treatment?

For me, the bottom line in this whole debate is that I still firmly believe that opioid analgesics are frequently over-prescribed and mis-prescribed, and that we need to do something about this. One of the time travelers who presented on hydrocodone was a representative from the American Academy of Oral and Maxillofacial Surgeons, who seemed pleased with the restraint demonstrated by the fact that the most common number of hydrocodone/acetaminophen tablets prescribed by his residents following wisdom tooth extraction is 12. My own informal survey on the topic of analgesic requirements following such extractions shows that the average number of opioid dosage units used by most people is around 2. I think the problems with overprescribing are not confined to acute pain, but also are evident in chronic pain treatment, likely owing to a combination of poor pain management education for providers; patient demand for medications, especially opioids, in lieu of non-pharmacological and non-opioid interventions; a paucity of non-pharmacological therapy providers; lack of evidence for some non-pharmacological interventions; and poor reimbursement for interventions other than medications and procedures. Clearly, opioid labeling has little to do with this array of concerns.

Proponents of label changes seem to have a lot of faith in the ability of such a change to foster more judicious prescribing. Frankly, I think that label changes such as those requested in the citizen petition are likely to go virtually unnoticed by many and ignored by most of those who do notice. The only effective means of reducing opioid prescribing that I see arising from such a label change would result from insurance companies imposing strict upper limits or prior authorization requirements that match the proposed new labeling. While proponents of label change denied the likelihood of such a move, asserting during the hearing that such reimbursement restrictions are almost always done when the medication is very costly on a per-dose basis, I think the truth is that the restrictions are typically imposed when it is the therapy that is costly—i.e., if you have a very inexpensive medication, but you give a lot of doses over a long period of time, it still costs a lot to provide the therapy. And, without any significant prior experience with this type of label change to predict the outcome, my fear is that this would suppress prescribing across the board, rather than suppressing only the injudicious prescribing.

So, where does this leave us? I think it’s pretty clear that nothing said at this hearing is conclusive enough to warrant a change in the indications for opioid analgesics. However, I think there might be enough suggestive evidence that a black box warning might be warranted. I think a warning that looks something like this might convey what we know:

“The efficacy and safety of long-term and/or high-dose opioid analgesic therapy has not been proven by well-controlled studies. Epidemiological and observational studies suggest that such therapy may be associated with effective pain relief for some patients, but that it also may be associated with the development of serious adverse effects, including addiction and overdose death. Caution is advised in opioid analgesic prescribing, and providers are strongly urged to thoroughly screen their patients for potentially serious drug-drug interactions, personal or family history of substance use and psychiatric disorders, complicating concomitant medical conditions, and willingness and ability to adhere to treatment as prescribed. Patients should be educated on safe storage of dispensed medications and proper disposal of excess quantities of medication, and should be monitored very closely for both effectiveness of treatment and the development of adverse effects.”

It would require a fairly big box, but there is a lot of important information to convey.

One of the more philosophically-oriented presentations was that given by Rebecca Kirch, representing the American Cancer Society. Rebecca presented information about how concerted efforts by a number of cooperating entities have produced sharp declines in tobacco use, with a resulting sharp decline in cancer deaths. She urged all parties in the opioid therapy debate to find areas of agreement, especially with respect to what healthcare providers need to know, and to build upon those to produce the kind of constructive behaviorally-specific guidance needed to improve practice. I think it is likely that there really is a great deal of content on which we all agree, perhaps much more so than the content on which we disagree. I agree with Rebecca that it is time to lay down the flamethrowers, and either literally or figuratively sit down at a table together to define those areas of agreement. Reasonable people can disagree without being disagreeable, and it’s time we all demonstrate that we really do have the same goal and can work together to reach it. After all, is anyone really in favor of irresponsible opioid prescribing? I sense a greater willingness among the parties to move in this direction, and I just hope we can leverage that to produce some real progress. 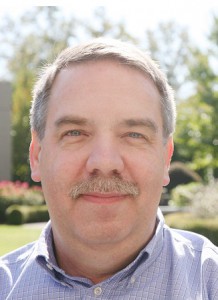 Dr. Bob Twillman is the Director of Policy and Advocacy for the American Academy of Pain Management.  In that capacity, Dr. Twillman is responsible for overseeing federal and state pain policy developments and advocating for those supporting an integrative approach to managing pain.  He also serves as Chair of the Prescription Monitoring Program Advisory Committee for the Kansas Board of Pharmacy.  Dr. Twillman received his Ph.D. in Clinical Psychology at the University of California in Los Angeles, and maintains a volunteer faculty appointment as Clinical Associate Professor of Psychiatry and Behavioral Sciences at the University Of Kansas School Of Medicine in Kansas City, KS.  Prior to taking his current position, Dr. Twillman was a full-time faculty member at the University of Kansas Medical Center, where he founded and directed the inpatient pain management program and was a co-founder of the hospital’s Palliative Care Team.  He has been actively involved in pain policy through his work with the Alliance of State Pain Initiatives and the American Pain Society for many years.