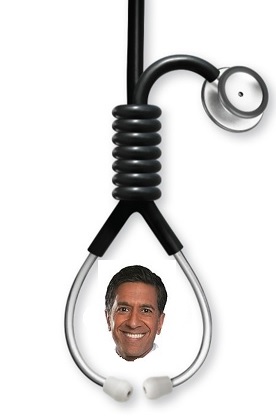 Who would have thought that we would go from 7 channels to 7000 and get stupider in the process? The value of the Fourth Estate in a democracy is to keep everyone else honest and the freer and freer flow of information – one might have thought – would justly serve to more understanding, more information, and more honest disclosure. But alas, that has certainly not been the case. The explosion of channels, the 24 hour news cycle and increasing ways in which we receive news has led to information overload as portrayed in Alvin Toffler’s 1970 best seller, Future Shock which has in fact predictably resulted in the incredible shrinking of our collective attention span. We are indeed an ADD Nation and the media continue to exasperate us by feeding us news faster and faster in smaller and smaller soundbites. Never mind accuracy. Never mind actual understanding. More and more shrill, more and more incendiary, because as we are channel surfing in our haze of mental masturbation, only the loudest and most outrageous get us to pause on a station the way a hummingbird briefly hovers near a branch.

And when I see the way the media gets things so wrong, so often when reporting on areas I know something about, it really makes me wonder about the accuracy of things they say when reporting on other, sometimes weightier, matters, many of which I know little about. Nuclear deals, climate, economic crises, terror….pieces of cake compared to pain, opioids, addiction, diversion, overdose, death, suffering, quality of life, disability….right? Wrong.

Reporting on the complex issues of pain, opioids, addiction, abuse, overdose and death, is constantly characterized by conflating populations and issues, failing to understand sources of the problem (easier to blame doctors and powerfully addictive drugs and the evil empire …oops I mean pharma….than contemplate the complex deficits exposed in our healthcare system by opioids) and incorrect attributions of data. But in watching I usually cut them some slack; these are complex issues aren’t they? I haven’t necessarily blamed them for willfully trying to be destructive and ignorant.

Until now, because this time, it struck a “painful nerve”, although you’d think a neurosurgeon would understand that and be more careful…

Now, shoddy reporting has hurt one of ours (who has, thankfully, emerged on the other side, back to being a leader; though other than he and his wife and kids who I’m certain know the anguish he went through when his name was being dragged through the mud). And all of a sudden we see that a pattern emerges. The recent news that Dr. Sanjay Gupta might have exaggerated in a self-aggrandizing way, a story of emergency brain surgery he performed in Nepal – and this is only the most recent of such errors, as he has been accused more than once of “cherry picking” – makes me think back to when he was transformed into Dr. Gotcha and was chasing around Dr. Lynn Webster (a man whose ethics and contribution to the alleviation of human suffering far and away out-trumps Dr. Gupta). Back then Dr. Gotcha was calling Dr. Lynn Webster, Dr. Death and trying to get him to comment on an ongoing case knowing full well he couldn’t (and wouldn’t) because Webster’s ethical morality would otherwise have violated HIPAA confidentiality if he talked about a patient – making him appear guilty because of his silence.  I thought it was despicable at the time. I thought surely Dr. Gotcha as a physician would know that Dr. Webster couldn’t legally or ethically comment. But Gotcha was not being a physician then – he was Dr. Upton Sinclair. Another muckraker trying to feed the beast and get his voice heard above the hypnotic din his audience lives in all the while raising his own profile. Well when you rake muck, something may fly and this time Gupta was caught with his pants down. 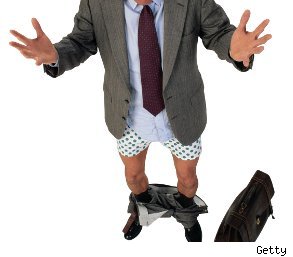 I bet right now Dr. Gupta would like the whole world to be understanding and cut him some slack. Be understanding of the chaos in which he performed brain surgery in Nepal and announced, God-like, that “Salina will live.”

He wants to be cut slack, shown understanding and granted humanity – none of which he showed Dr. Webster. It disgusts me!

Well guess what. “Dr. Lynn Webster will live.” All the fanfare that accompanied the announcements that he was being investigated and all the claims that made his life a living hell are strangely not there when these silently end for lack of evidence to feed a media frenzy.  I would like to propose that Dr. Gotcha should watch the upcoming documentary trailer of “The Painful Truth” based on Dr. Webster’s upcoming book. I propose that Dr. Gotcha buy 10000 copies, read every one of them, and write “I’m sorry” in the inner cover and then pass them on to every anti-opioid zealot and media muckraker in the country.

But I’m only fantasizing….we all know no one reads books anymore. We have 7000 channels to watch.

Comments of course are encouraged!

9 thoughts on “Dr. Gotcha Caught with his Pants Down”