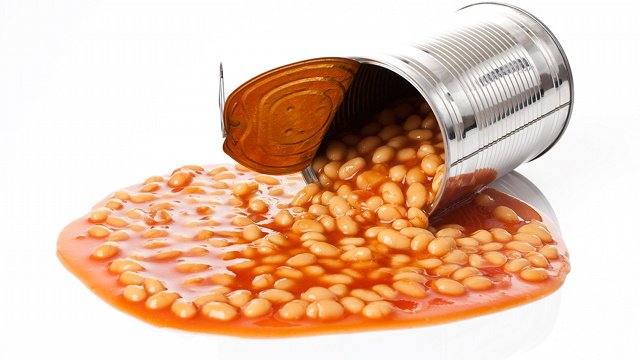 Guest Blogger Dr. Jessica E Geiger-Hayes, together with several of her palliative care colleagues offered to share some insight on how the national opioid panic has effected their patients.  How could I refuse?  Here’s what Dr. Geiger-Hayes had to share…

When I was a kid, I used to play a game called “Don’t Spill the Beans.” Where you take turns placing a bean on a suspended container, being careful not to cause them to spill in one direction or the other.  The person that causes the container to tilt too far and spill the beans, loses the game.

I was thinking about this game as I was contemplating my guest blog post content.  In my mind, we have been adding more and more anti-opioid beans (or should I say poppy seeds) to the container, some of them carefully placed with noble intent, and some that are just thrown on the top with no forethought to potential adverse outcomes. The container starts to lean and gets closer and closer to tipping as more beans are thrown on.

Just throwing additional beans (or legislation, or insurance rules etc.) onto an already unstable situation could be a recipe for disaster.  The CDC wrote guidelines for chronic pain, and did include exceptions for hospice patients, patients with a cancer diagnosis, or palliative care to treat pain with opioids when all other options have been exhausted. Notwithstanding, legislation that has been implemented after these guidelines were released which have made it exceedingly difficult for physicians and other prescribers to adequately care for the patients that fall under the categories. Then you add the layer of insurance companies using these guidelines as hard stops for requiring prior authorizations or refusing to pay, despite that fact that the guidelines clearly exclude patients with cancer and pain specialty clinics.

Several pharmacists from various practice settings shared examples below of how the new legislation and subsequent insurance requirements have affected care of their patients who qualify for and require opioids to manage their pain.

Let’s start with the legislation. Many states have implemented maximum morphine equivalent daily dose, or MEDD, and day supply limits. Lawmakers either don’t understand or have ignored the fact that MEDD is based on equivalent efficacy, not toxicity, and that such comparisons do not consider individual patient characteristics as outlined in The MEDD myth: the impact of pseudoscience on pain research and prescribing-guideline development. They do allow exceptions for certain patients (i.e. palliative care, hospice, cancer diagnosis), but the physicians writing the prescriptions are often not comfortable utilizing such exceptions because they feel as though a DEA target is painted on their backs.  The end result is that patients are frequently sent home with a fraction of what they need in either number of tablets/capsules or overall dosage. For example, a patient requires 200mg of morphine per day to adequately control their pain and is currently hospitalized. They are out of their medication at home and do not have a follow up appointment scheduled with their oncologist for another 3 weeks. They are discharged with a prescription for only 100mg of morphine total per day (even though they came in on a different dose) and only given a 1-week supply.  What kind of position does this leave the patient in? They leave the hospital knowing they will have uncontrolled pain, probable opioid withdrawal and wondering how they will get the medication required to manage their pain so they can make it to their follow-up.  This also leaves the door open for a potential re-admission to the hospital due to uncontrolled pain.  If this happens enough times, these patient’s get labelled as having drug seeking behavior, when in reality it is behavior related to seeking adequate pain control.

In response to legislation, insurance companies and various community pharmacy chains have also begun to implement new processes for patients to utilize their prescription benefits in order to obtain medications that have been deemed appropriate.  Some are requiring that only certain limited abuse deterrent medications be utilized, but then also requiring a prior authorization for those medications to be dispensed. While some of the ADF formulary selections may be appropriate and even most desirable, more often than not it is based solely on cost or the amount a pharmaceutical manufacturer is willing to pay the PBM to place their drug on formulary – that was addressed recently in PBM Clawbacks – The Hidden Fees That Hurt Both Pharmacists and Patients and previously here, Wee Outliers versus We Out Liars. This delays pain management in the outpatient setting.  It also has the potential to delay discharge from the hospital if we have the luxury of finding this information out before they go home.

Other insurance companies have recently implemented policies to deny coverage for extended release or long acting (ERLA) medications except for a specific formulation of long acting morphine, tramadol. The patient who encountered this barrier had an allergy to morphine and the other covered medications were not good options for them.  A good regimen was put into place while the patient was hospitalized, only to have it all fall apart immediately following discharge.  They were sent home on only short acting, immediate release medications.  These formulations can be quite burdensome as they generally have to be scheduled every four hours, which means you would have to wake up overnight in order to keep the medication in your system. But, does the insurance carrier care – NO!

An additional example is a patient who was seen by an inpatient palliative care service.  This patient had a new diagnosis of lung cancer with bone metastases, a past medical history that included bipolar disorder and remote illicit drug abuse.  They had been tapered off methadone for medication assisted therapy with methadone at 6 months prior to admission and the patient was already on gabapentin 800mg three times daily.  While in the hospital, IV hydromorphone was used to manage pain and was then converted to oral oxycodone.  After investigating insurance options for the patient, it was discovered that the insurance would not cover long acting oxycodone without having clinical failure of 3 other long acting medications on the formulary (morphine ER, fentanyl patch, Xtamza, or Zohydro).  This patient was then converted to extended release morphine. Even though the process was followed of using a preferred agent (extended release morphine), the insurance company still required a prior authorization for the medication. The day after discharge, the patient and left voicemail message that they were very concerned about how they were going to get the insurance to cover the prescriptions provided at hospital discharge. Because of the time required to obtain the prior authorization, the patient used more of his immediate release morphine as needed (PRN) dose, ran out early and suffered uncontrolled pain.  The prior authorization was sent on the day of discharge, on day 12 after discharge the patient ran out of all of the pain medications and presented back to the hospital on day 14 after discharge due to uncontrolled pain. The patient was never able to fill the extended release morphine due to insurance issues. The emergency department staff gave the patient new prescriptions for immediate release morphine and provided authorization to the retail pharmacy to fill the prescriptions early. The palliative care team saw the patient 1-month after discharge and converted the pain medication to methadone. The prior authorization for methadone was faxed in and finally approved 7-days later after a 1-hour long peer to peer review completed by the prescribing physician. One week later the patient required an increase in the methadone and PRN immediate release morphine.  The insurance company required yet another prior authorization due to quantity limits of the morphine tablets as well as exceeding the insurance company’s MEDD.

The biggest challenge these insurance barriers have caused is that they also affect patients that have been on well-established pain regimens.  They either experience a delay in their treatment, or they have to go through the process of converting to a different medication that may or may not work as well as what was controlling their pain previously.

In addition to the legislation and insurance, we also have to battle all the negative press that is splattered ubiquitously in the news and Internet surrounding an opioid epidemic that focuses largely on prescription opioids, when we clearly have an illicit fentanyl and heroin epidemic – in fact, some may argue that a prescription opioid epidemic no longer exists, as outlined in Fentanyl: Separating Fact from Fiction. And because of this, we are encountering more and more patients and caregivers that are afraid to utilize medications that could benefit them.  They voice concerns that they will become addicted if they utilize opioids for pain control.  Some even state that they would rather be in pain than use medications that could cause them to become addicted.  Most of this is based promulgated by news and alternative facts.

Some colleagues are seeing increased frequency of pharmacists/pharmacies that are refusing to dispense opioids for emergency verbal order or via fax and requiring additional documentation.  This is seen more often as states roll out slightly different requirements for access/dispensing of controlled substances.

General confusion still exists about what hospices are required to do, or if hospice/palliative care/cancer diagnosis is in fact an exclusion to the various opioid legislation. Non-hospice/palliative care clinicians are increasingly hesitant and questioning of opioid prescriptions. This again causes delay in care for patients that are appropriate for opioid therapy which can lead to increased suffering.

These additional barriers, or beans will eventually cause the container to spill and the placement of the last bean causes patients, caregivers, and clinicians to lose the game while politicians claim victory. The questions is, victory over what?  In the end, it is our patients that lose, as they are smothered by beans and unrelenting pain. 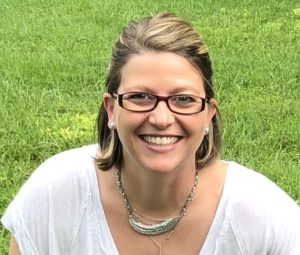 Jessica E Geiger-Hayes is a palliative care pharmacist at OhioHealth where she is actively involved in pain and symptom management for patients with cancer and other chronic disease states. She presents locally, at the state level, and nationally on pain management and palliative care.

18 thoughts on “Have we spilled the beans on opioids?”