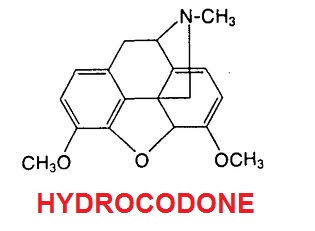 According to US News Health, PROP’s President, Dr. Andrew Kolodny is quoted to say “There is very little difference between a heroin molecule and a hydrocodone molecule.”  This could be misleading to the layperson, media, politicians, and perhaps many healthcare providers.

Let’s dissect this a bit further.  While it is true that there is some similarity between heroin and hydrocodone, there are very significant differences.  Heck, there’s cyanide in vitamin B12 (cyanocobalamin), but we require this vitamin even though B12 chemically contains cyanide.

There are essentially 5 different chemical classes of opioids.  The prototypical class is known as phenanthrenes, and this is where opium is located on the continuum.  True enough, all of these phenanthrenes share a common chemical nucleus, but manipulating what is attached to a chemical drug nucleus changes the properties. We’ll come back to this.

Let’s look at another example.  Epinephrine (aka adrenalin), serotonin, and dopamine all share a chemical nucleus known as a catecholamine.  As it turns out, all of the following have the same or similar nucleus such that they are catecholamines themselves, are broken down to these and/or inhibit the breakdown of catecholamines; oxymetazoline (Visine Long Acting Eye Drops®, Afrin Nasal Spray®), tetrahydrozoline (Visine® traditional four hour formulation),pseudoephedrine (Sudafed®), propranolol (and all other beta blockers), albuterol (and several other inhalers that are used for acute asthma attacks including Primatene Mist® over-the-counter), phenylpropanolamine (found in many cough syrups as a decongestant and also over-the-counter diet aids), and many more.  Look at the spectrum here folks; Visine Eye Drops® and amphetamine?  Hmm, is there very little difference between using eye drops and amphetamine?…I don’t think so!

Looking at the chemistry again, heroin is diacetyl morphine and it is a hydroxylated phenanthrene (top left side of chemistry link, notice the –OH group circled in red; that’s what makes it “hydroxylated”).    Hydrocodone is a dehydroxylated  phenantherene (it does not have that –OH group).  All of the drugs that appear in the list that contain the –OH group are more similar to heroin, especially opium and morphine.  Opium is simply a concentrated form of morphine.  Heroin is diacetyl morphine.  Essentially then, heroin is two morphine molecules connected by a molecule that many of you know as vinegar (acetic acid).

Now it gets trickier!  The chemical groups attached to the nucleus have a lot to do with the specificity of activity, but also how your body breaks these drugs down (that’s what we call metabolism).  If that –OH group is present (as we see with morphine that comes from heroin), the breakdown products contain active compounds that stay around for quite some time.  Morphine has two breakdown metabolites; one is called M3G and one is M6G.  The M6G can accumulate and cause toxic effects.

Hydrocodone does not have the –OH group that is circled in red.  In fact, all of the drugs listed beneath the phenantherene class that have an asterisk are missing the –OH group.  It generally makes these drugs a bit better-tolerated compared to heroin or morphine.

Is there “very little difference between a heroin molecule and a hydrocodone molecule”?  That is correct but misleading.

Let’s stop this PROPaganda.  People are smarter than you think!