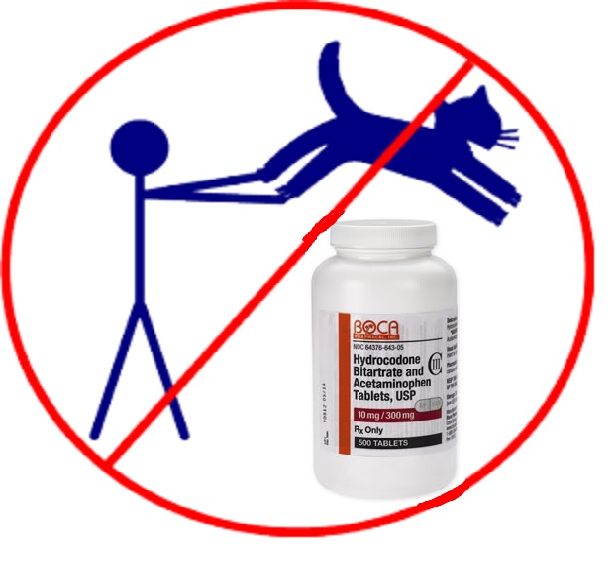 “You can’t swing a dead cat without hitting a bottle of hydrocodone in this country!”
This was a Tweet from @Pharmacy_Times to @mlmcpherson just seconds after Dr. Mary Lynn McPherson made her opening remarks in the last of three satirical, yet informative debates at the much anticipated annual pain education series at the ASHP Midyear Clinical Meeting. This year, the gathering was filled with a variety of educational and entertaining sessions but among the most memorable were friendly debates between nationally recognized pain practitioners entitled Can’t We All Just Get Along? Debates in Chronic Non-Cancer Pain Management.  Three relevant questions were debated and participants were assigned a Pro or Con position to support and attack the opposition, humorously and personally at times, but came together in the end to explain their true opinions, as each practitioner was assigned a pro or con position irrespective of their true feelings on the topic.

Debate #1- Rescheduling of Hydrocodone from Schedule III to Schedule II

Pro position: Mary Lynn McPherson, Pharm.D., BCPS, CPE
Dr. McPherson highlighted the FDA’s proposal to the DEA to reschedule hydrocodone to schedule II, highlighted correlations between increases in opioid prescribing, overdoses, and disproportionate use of hydrocodone compared to other opioid analgesics and use with other countries.  She noted that the FDA recently voted to reschedule hydrocodone to schedule II and practically announced game over right at the outset.  As outlined above, she figuratively threw our feline friends into the atmosphere, barraged by elusive bottles of hydrocodone.   She talked about huge quantities of hydrocodone being ubiquitous for diversion due to prescriptions after surgery, dental procedures, acute pain or trauma that are often for 30 days or more with refills. The combination with acetaminophen was intended to provide synergy with hydrocodone resulting in lower doses and less abuse.  She cited studies showing the abuse potential was similar to CII’s and taunted Dr. Fudin to show the data supporting its increased safety compared to CII products!  She finished by saying if you do not agree then all opioids should be schedule III!

Con position: Jeffrey Fudin, Pharm.D., FCCP
Dr. Fudin began by polling the audience about the level of evidence supporting this move and whether it originated from randomized trials, observational studies, or other research to reinforce that there was no data for or against this rescheduling.  He dismissed the statistic used by Dr. McPherson that the US uses 99% of the world’s supply of hydrocodone as sensationalism because dihydrocodeine and codeine are used in Europe, hydrocodone exists only in cough syrups in Canada, and even Australia has transitioned patients from hydrocodone to morphine.  He then highlighted studies showing the likability of hydrocodone was less than oxycodone as supported by three studies, and presented the results of recent hydrocodone rescheduling to schedule II in New York State; that resulted in increased prescriptions for oxycodone, but codeine remained steady.  He finished by expressing concern that patients with legitimate pain would ultimately pay the price for lack of access to pain medications and must crawl from pharmacy to pharmacy each month in certain states (especially Florida and Kentucky) attempting to fill legitimate pain prescriptions.

Pro position: Lee Kral, Pharm.D., BCPS, CPE
Dr. Kral highlighted some of the challenges of treating chronic pain with opioids by presenting a case describing escalating doses of opioids and increasing pain complaints.  She pointed to hyperalgesia and allodynia as a result of opioid therapy.  She reviewed the pathophysiology of pain and discussed opioid administration acting like exogenous endorphins bombarding glial cells, which are neuroprotective, resulting in release of inflammatory cytokines and increased pain.  She was so concerned that she announced the start of a new non-profit organization called the Glial Support Group.

Con position: Jennifer Strickland, Pharm.D., BCPS
Dr. Strickland provided a brief history of our understanding of glial cell function and involvement in pain pathophysiology including the recent discovery that opioid administration can activate glial cells.  She argued that it was far too early to know the full extent of these effects and differentiate them from other underlying causes.  For example, numerous other factors contribute to glial cell activation including nitric oxide, prostaglandins, substance P, CGRP, glutamate, nerve injury, pathogens, and potentially opioids.  The association between glial cell activation and opioids may be difficult to ferret out because one or more of the above mentioned causes is almost always present as well.  Currently, evidence supports this association with morphine, but not other opioids, and interestingly there are two glial targeting medications in clinical trials to investigate efficacy for neuropathic pain.  She summarized by saying that while this research is enlightening the majority of the data is from animal studies and we should stay tuned to see if this will cross into human trials or in other words don’t fund the non-profit just yet!

Debate #3 Use of Low Dose Ketamine and Naltrexone

Con position: Mary Lynn McPherson, Pharm.D., BCPS, CPE
Dr. McPherson also began by discussing CPRS and the potential value of NMDA receptor antagonism but flippantly remarked that the neurotoxic and dissociative effects of ketamine put the “special” in “Special K”, a well-known street name for the hallucinogen.   She referred to delusions commonly experienced by ketamine use, long-lasting memory impairment, and volume loss of gray matter in the brain.  She cited studies that demonstrated questionable efficacy over placebo with 3-5 times increased side effects in the ketamine group.  For low-dose naltrexone she pointed out that the benefits may be grossly overstated because in the fibromyalgia trial the positive effects were not maintained until the end of the trial suggesting effects may be transient.  She then explained that the adverse effects including nausea, vomiting, tachycardia, and cardiac arrest may be too high a price for questionable efficacy and transient duration.  She ended with a quote from Dr. Carmen Gota, from the Cleveland clinic, that highlighted the need to treat the whole individual with fibromyalgia and pointed out that popular therapies come and go.

At the end of the debate several things were clear, all of the participants presented well researched and reasoned arguments with a sense of humor that made listening and learning entertaining.  Remarkably, after each presentation the participants came together and told the audience what they really thought and inevitably they were on the same page.  In nearly every case above, some of the data is promising but new therapies and regulatory considerations should be approached with caution until clinically acceptable patient-centric approaches are confirmed that maximize efficacy and patient safety while decreasing risk of toxicity.

Guest posts by Resident Pharmacists are reviewed, edited, and approved for accuracy by Dr. Jeffrey Fudin prior to posting.

10 thoughts on “Hydrocodone and Dead Cats”