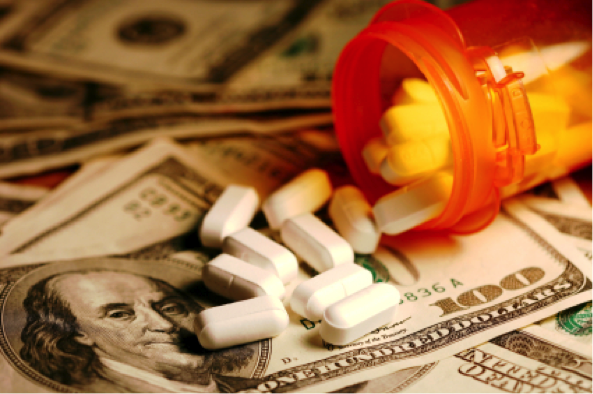 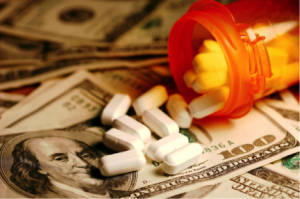 My daughter Sarah, who helped me put up this site, suggested maybe I slow down on writing blogs…

It seems each week something happens professionally or personally that stimulates the central neurons.  This week I was reminded of hydrocodone issues because a family member needed “moderate” elective surgery and as a separate tickler, our VA Medical Center facility decided to take the high road and carry hydrocodone combinations containing acetaminophen (APAP), the only option of which will now be the 325mg APAP strength (completely excluding the 500mg option).  Very soon per FDA regulation, no hydrocodone products containing 500mg APAP will be sold within the United States.

Hydrocodone is available in this country only in combination products.  Until recently, it was the only Schedule III opioid not available in the United States as a single agent and is classified as a Schedule II drug only in the pure powder form for extemporaneous compounding.  (The new guy on the block that changes this is transdermal buprenorphine (Butrans®), topic for another post).  Hydrocodone tablet/capsule and or liquid combinations include one of the following; acetaminophen (most popular, and branded as Vicodin®, Lortab®, and Norco®), aspirin, ibuprofen, or hydrocodone bitartrate and homatropine methylbromide (Hycodan® for cough).  There is no maximum daily doseof hydrocodone alone; it is however limited by the patient’s level of opioid tolerance, development of side effects, or exceeding the dose of whichever drug happens to be combined into the hydrocodone dosage unit.  Online MPA Degrees has an excellent schematic of commonly prescribed medications/pharmacological classes which succinctly clarifies DEA Schedules I through V.

POTENCY
Hydrocodone, milligram for milligram is equipotent to oral morphine.  It falls within the most popular of opioid classes, the phenanthrenes.  Drilling down a bit, it specifically is a dehydroxylated phenanthrene.  From a therapeutic standpoint, it is important to have a sizeable armamentarium of opioids from which to choose.  The reasons for this are many; there are inherent biological and polymorphic patient variables, including opioid receptor differences that affect response; some patients are able to tolerate certain chemical classes and not others, and the pharmacological differences make certain opioids more or less effective for some kinds of pain (i.e. neuropathic vs. visceral vs. somatic) as opposed to others.

POPULARITY
According to Forbes magazine, hydrocodone/APAP was prescribed 128 million times last year.  Why you might ask?  Most probably because it’s been around for almost half a century.  Prescribers are familiar with it; and it is a schedule III drug rather than schedule II (prescriptions are not scrutinized as closely by regulatory agencies and it’s refillable). Prescribing immediate release hydrocodone products chronically for pain is common and perhaps an inferior option, but a subject of another blog (pay attention Sarah, I’ll never run out of topics!).

POLITICS
According to Senator Chuck Schumer speaking on an extended release formulation of hydrocodone:

“It’s tremendously concerning that at the same time policymakers and law enforcement professionals are waging a war on the growing prescription drug crisis, new super-drugs could well be on their way, flooding the market… The FDA needs to grab the reins and slow down the stampede to introduce these powerful narcotics.”

Come on… let’s not sensationalize things and scare the public unless we know what we’re talking about!  “New super-drug”?  REALLY?!  It is an OLD drug that has been available for 40 years, not “super” in any way.  Compared to hydrocodone; hydromorphone (Dilaudid®) is 10 times more potent and fentanyl is 100 times more potent; both are superseded in potency by remifentanil and sufentanil.  If this post should somehow make it to Mr. Schumer’s office, I pledge to take a day off from work and teach him some pharmacology, therapeutics, and pain management skills in the appropriate patient (seriously).  I will give Mr. Schumer this… hydrocodone abuse is a huge problem that needs to be dealt with (another blog topic to come Sarah).

So, if you’re like Sarah and got lost in a bit of the medical jargon, here are some key takeaways: