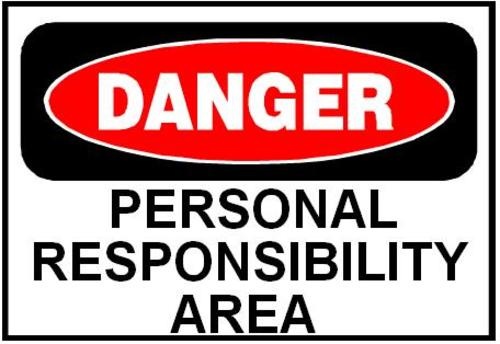 My husband’s death was not due to any drug.  It was his irresponsible USE of the drug.

With permission from an anonymous writer, I share the following e-mail which serves to illustrate that patients receiving opioids must be continuously assessed for compliance and that irresponsible behavior plays an important role in drug overdose.  Risk stratification prior to initiating opioids and ongoing assessments are important for safety and success.

This note comes from the spouse of the deceased.  Note, in this ironic case, the spouse is not blaming the prescriber or the drug overdose.  Perhaps this story gets to the crux of the matter; opioid prescribing and opioid use require a responsible patient and a responsible provider.  If either acts irresponsibly, the result can be disastrous.  But, if both act responsibly, the outcome could be life-saving.

I read your post regarding media and politics influencing opioid panic and what struck me was that stories like mine are never reported or covered at all.

In 2001, my husband died from an overdose of opiates and Xanax®. He had started on pain medications for pancreatitis, diabetes complications and in the end, he simply wasn’t responsible with his medication.  I spent nearly 8 years of my life flushing his meds down the toilet, throwing them out and pleading with him to stop using them so much.  I consistently wondered why he took more even when the pain was under control.  Of course, I learned that he was after much more than pain control.

I am fully aware of the consequences of using these drugs without responsibility.  Our daughter was only 8 years old when he passed and I had to hold her for weeks when she shook and cried for her Dad. He was 39 years old and as far as I know, he was using the Duragesic Transdermal Patch®, removing the gel, and injecting it with the oral Xanax® at the time that he died. He would tell tales to doctors to get more refills, tell them that his wife flushed them away, which I did when I could. In short, I spent years watching him be irresponsible with these medications and our family did suffer a great deal.

But here’s the thing, the drugs didn’t do this…he did.

Personal responsibility is so lacking these days and he did make a choice to be so careless, I’m tired of hearing otherwise.

That isn’t the end of it for me.  I’ve had viral cardiomyopathy since age 30 with an EF at the time of 19.  So I was left as a widow with two children to raise, and honestly could barely take care of myself. Now, years later, I am suffering chronic pain from several bulging discs, degenerative disc disease and arthritis. I think my spine has progressed far too much for my age of 44 and maybe because my heart has made the rest of my body decompose faster or just the hard work I’ve had to do.  At any rate, I went from walking an hour each day, bringing up my EF with time and medications to being barely able to stand to do the dishes.  Even a shower is pure torture for me.

I’ve been taking Lorcet® 10/650 three times a day for years now and they don’t work anymore so my doctor sent me to a pain clinic.  I was told that I was taking a huge amount of opiates and to try epidural steroid injections and Cymbalta®.  The ESI scares me to death; they said I have to stop my aspirin a week beforehand and may need more Bumex® for swelling afterward because I swelled up with Neurontin®.

The Cymbalta® I simply refuse to take at all due to a bad reaction with Wellbutrin® years ago. I was sitting on the couch just staring at the wall and I vaguely heard my daughter calling for me. Like an echo, I couldn’t really be there or not, hard to explain.  Finally, she shrieked and woke me up out of the stupor of Wellbutrin®, Mom, where are you???  I immediately got up and discarded that bottle of Wellbutrin®· and called my doctor to tell him I won’t be taking it again.  I stand firm on this as those medications reduce my ability to be, well, me.  My faith in God was gone, I was erased…nowhere to be found.

My reason for letting you know my story is to tell someone, just anyone, how ironic it is to be me.  I couldn’t be a bigger advocate of using opiates in a responsible manner and yet I am treated by the medical community as some sort of high risk. My husband’s death was not due to any drug it was his irresponsible USE of the drug. And due to his actions and those of others who abused these drugs, patients like me are left to suffer without adequate relief.  My current dosage isn’t anywhere near a “high” dosage of opiates, I’m not sure if the doctor thought I would believe that or not.  Then again, I haven’t told this story to any of my doctors, fearing they would think of me the same as my husband that overdosed. After all, when the police came that morning to tell me he was dead…they also made me show them my arms to see if I was injecting drugs as well.  Talk about a hit in the stomach, I was just hit minutes before with the news of his death and had to do that.  I just can’t tell you how awful that was for me.

I’m a Christian and after much seeking on this issue and trying to find a reason for his overdose, I have come to the conclusion that it was a spiritual matter for him.  It wasn’t the drugs; it wasn’t a lack of some regulatory control.  It wasn’t anything but a heart condition of the spiritual sort.  At the very least it was a serious lack of personal control and responsibility.  Pills in a bottle or otherwise can’t jump up and kill you, it is only when a person decides to use them carelessly.  Why then do I have to suffer with pain that can be easily and responsibly controlled?  Why are all people in pain treated as if we are criminals, addicts and the fringes of society?  This is very ironic for me indeed!

Thank you for reading.  I pray that the medical community comes to see this as personal responsibility, not about the drugs themselves.  I probably won’t live long enough to benefit from any enlightened, compassionate treatment of pain but maybe the generations after us will have learned a lesson.