Pain related to orthopedic surgery, dental extractions, or any injury that involves connective tissue is caused in large part by inflammation which occurs because of prostaglandin release into the surrounding tissues.  Non-steroidal Anti-inflammatory Drugs (NSAIDs) block these prostaglandins and therefore should be a mainstay of pain treatment alone or perhaps

combined with other agents such as opioids as long as there are no medical contraindications.  Or should they?  Certainly some patients could benefit from the combined use of NSAIDs plus opioids – this should presumably have been true for a case such as the well-publicized basketball injury endured last year by Louisville athlete Keven Ware.  But, there has been much unsubstantiated controversy over whether or not NSAIDs are beneficial or detrimental in cases involving bone healing.

Before delving into the facts regarding NSAID use post-orthopedic surgery, other very important issues lay the foundation on which the NSAID arguments are built.

According to a DEA Resource for Parents updated in 2012 Prescription for Disaster – How Teens Abuse Medicine, “Enough prescription painkillers were prescribed in 2010 to medicate every American adult around-the-clock for a month. Although most of these pills were prescribed for medical purposes, many ended up in the hands of people who misused or abused them.” (CDC Vital Signs, Nov. 2011) We know that 70% of youth get their prescription drugs from family and friends, yet fewer parents report safeguarding prescription medications. “Anyone can access prescription medicines in the medicine cabinet” went from 50% in 2010 to 64% in 2011, meaning medications are available to anyone in their homes.

Aside from these facts, this 2014 article in The New Republic: “Drug Dealers Aren’t to Blame for the Heroin Boom. Doctors Are”, Graeme Wood criticizes his dentist for prescribing hydrocodone to relieve pain after his wisdom tooth extraction.

Adding insult to injury, some believe that Medicare’s patient satisfaction surveys may significantly impact opioid abuse.  I for one was mortified last year when asked to lecture to a large healthcare system in the Northeast.  While teaching on general concepts of acute and chronic pain management, I learned that patients frequently were admitted through the emergency department for 2-3 days at a time pretty much to receive intravenous hydromorphone (aka Dilaudid) for unidentified pain. And yes, they got the drug even with a clear history of substance abuse. Why?  Because the reimbursement model is based on their pain scores – and that may have been more important to the institution than doing the right thing medically.  But what the heck, right – it was only a few days of hydromorphone; no harm, no foul, the hospital system looks good, and the reimbursement is elevated.

Here to present the facts regarding NSAID therapy is guest blogger Dr. Vaishali Shah, a PGY2 Pharmacy Resident practicing at the Stratton VA Medical Center in Albany NY.  Here’s what she had to say…

There is a controversy on whether or not to treat with NSAIDS after orthopedic surgery, as various animal studies have found NSAIDs to delay bone healing. However this polemic stirs up significant angst and sometimes indifference among the surgeons who spend limited time addressing pain issues post-operatively unless there are pain-related surgical complications such as infection.

NSAIDs delay bone healing through their inhibition of prostaglandins.  Cyclooxyygenase (COX) converts arachidonic acid into prostaglandin G2, and then prostaglandin H2. Prostaglandin H2 is the precursor to active prostaglandins and thromboxane. COX1 is expressed in most cells and is involved in physiological processes such as reducing acid secretion in the gastrointestinal tract and regulating blood flow in the kidneys. COX2 activation is results in pain, inflammation and fever.  Selective blockade of COX2 therefore plays a critical role in reducing or preventing the inflammatory process following orthopedic surgery.  But, many studies have also found that COX1, and especially COX2, also play an essential role in bone formation, bone union, and resorption following a fracture.

I was asked to address some seemingly very simple questions.  I quickly found out that they weren’t so simple after all and the absence of evidence was astonishing and perhaps even unjustifiable.

After an extensive literature search, I was unable to find compelling evidence to unequivocally answer these dilemmas, but new questions surfaced.

Does the avoidance of NSAIDs have potential for elevating intolerable pain that could otherwise be kept at bay?  And, could this uncontrolled pain following a bone fracture or orthopedic surgery lead to complications, such as the development of complex regional pain syndrome (CRPS), a chronic pain disorder that is extremely difficult to treat?

Complex regional pain syndrome is a chronic systemic disorder characterized by pain in combination with sensory, autonomic, trophic, and motor abnormalities. The exact pathophysiology of this disease state is not understood and therefore treatment of this syndrome is difficult.  Patients with CRPS have chronic pain which in many cases can lead to disability. Many studies have found fractures and post-operative pain as risk factors for the development of CRPS. A population based study by Sandroni et al, found that previous fractures was the most common trigger for CRPS in 46% (34 out of 74 cases) of identified patients with CRPS. This study estimated an incidence rate of CRPS as 5.46/100 000/year. De Mos et al, found the overall incidence rate of CRPS was 26.2 per 100,000 person years and that a previous fracture was the most common precipitating event occurring in 44% of identified patients. Furthermore, a study published last year by Moseley, et al found a correlation between the level of pain post-fracture and the development of CRPS. They concluded that having a pain score of  >5 on a scale of 1-10, as early as one week after wrist fracture puts the patient at a higher risk for development of CRPS. While the data is lacking on which fractures or surgeries most commonly increase the risk for developing CRPS, the most common ones seen through a literature search included fractures of the distal radius and post total knee arthroplasty, after fasciectomy for Dupuytren contracture, and after carpal tunnel surgery.

Through my extensive literature research I found that the effects of NSAIDS on bone healing were undoubtedly inconclusive.  There have been no randomized controlled trials on the effects of NSAIDs on post-operative healing in humans. Every randomized controlled trial to date is an animal study which includes rats, mice, rabbits, goats, and even one trial on dogs. Animal data cannot necessarily be extrapolated to humans. The majority of trials reviewed studied fracture healing in the short-term. Many trials looked at fracture healing as early as 21 days post-surgery and at latest, 12 weeks post-surgery. Even though the healing time of a fracture in animals may differ compared to humans, normally it takes months for a fracture to completely heal. Therefore the short-term effect of NSAIDs on overall fracture healing in the long-term is unclear even in animal studies. While NSAIDs may or may not delay healing of fractures, if the fracture completely heals within a reasonable time period, does it matter how long it takes if there is a significantly lower risk of developing complications (i.e. CRPS, depression, anxiety, opioid-dependence) post-surgery?  In my mind this is quite puzzling.

Orthopedists today generally hesitate to treat post-operative pain with the COX2 selective NSAID celecoxib (Celebrex). This is likely due to the retraction of several studies by Dr. Scott Reuben supporting the use of COX2 selective NSAIDs in the management of post-operative pain. Dr. Reuben, the former Chief of acute pain services at Baystate Medical Center in Springfield, MA, published various randomized controlled trials from 1996 to 2008 on the use of  COX-2 specific drugs celecoxib, rofecoxib, and valdecoxib either pre-operatively, intra-operatively, or post-operatively. Due to his positive findings, many physicians began routinely prescribing COX2 selective NSAIDs for the management of post-operative pain.  However in 2010, it was found that Dr. Reuben fabricated the data in at least 21 of his articles. In essence, according to Scientific American, over the course of 12 years, “anesthesiologist Scott Reuben revolutionized the way physicians provide[d] pain relief to patients undergoing orthopedic surgery for everything from torn ligaments to worn-out hips. Now, the profession is in shambles after an investigation revealed that at least 21 of Reuben’s papers were pure fiction, and that the pain drugs he touted in them may have slowed postoperative healing.” After this, orthopedists began to question the validity behind prescribing NSAIDs for post-operative pain.

Conclusions of my literature review matched that of many other review articles and expert opinion articles published on the topic. These articles emphasized the contradictory nature of the topic and the need for large randomized clinical trials in humans.  A summary of all the literature reviewed appears below for your reference.  Perioperative NSAID use for orthopedic surgery is surely a ripe area for study!

We would love to have some feedback/opionions from clinicians and patients to share their experiences. 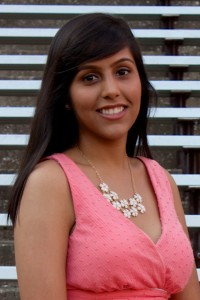 Vaishali Shah is a PGY-1 Pharmacy resident at the Stratton VA Medical Center in Albany, NY. She completed her Doctor of Pharmacy degree at the University of Florida, College of Pharmacy. Over the past few years, she has taken a special interest in the area of ambulatory care and hopes to become a board-certified ambulatory care pharmacist. In her free time she enjoys cooking, spending time with family, and traveling.

Animal studies investigating the effects of prostaglandins on bone healing:

Review Articles/Expert Opinion on the effects of NSAIDs on bone healing:

The List of Studies by Scott S. Reuben, MD, That Have Been or Likely Will Be Recalled relating to use of NSAIDs post-surgery

26 thoughts on “Is it safe to take NSAIDS following orthopedic surgery?”