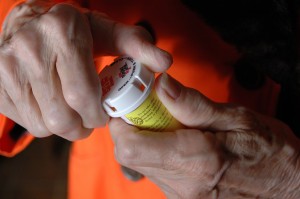 Living with Pain: Wrong People Being Targeted in the War on Drugs

Readers who’ve followed this column know that I primarily focus on the collateral damage the war on drugs inflicts on physicians and pain patients. I see this damage as lethal to the practice of physicians who bravely treat chronic pain and lethal to the patients seeking the smallest reduction in the constant agony they live with.

So it’s no great leap to know who I think is being wrongly targeted by the combined forces of state and federal prosecutors, the Drug Enforcement Administration, Food and Drug Administration, politicians, Physicians for Responsible Opioid Prescribing (PROP), and some families who have lost loved ones to legal and illegal use of opioid medicines. Their main focus is to make these medicines as rare as possible for people living with pain.

I don’t intend to argue these reported figures. Instead I want to address a growing but largely unstated feeling among pain patients who rely on these analgesics just to get out of bed in the morning. Over the last year I have spoken with many people living with horrible pain who express very similar reactions and feelings.

I have been sympathetic with efforts to stem the tide of diversion, addiction and deaths associated with legal opioids. I have called repeatedly on organizations like PROP, the California legislature and the FDA to adopt balanced approaches that will help reduce the diversion while protecting the right of people with pain to have access to physicians, opioids and pharmacies.

I have also sympathized with people who’ve lost loved ones to recreational and illegal use of medicines meant for people like me.

But no more. My patience with using to these deaths as a reason to clamp down on opioids for legitimate patients has worn thin. 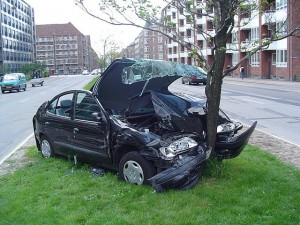 Let’s take vehicle deaths in the U.S. as an example of the absurdity of this. Health Statistics reports that the U.S has the highest rate of vehicle deaths in western nations, with 15.5 deaths per 100,000 people. Belgium is our closest rival at 15.4 and the weighted average among western countries is 10.6 per 100,000. Of course, there are multiple causes for fatalities, including illegal behavior behind the wheel.

Whatever the causes, we tolerate around 40,000 fatalities yearly. That’s considerably more than the disputed figure of 15,000 deaths caused by opioid prescription medicines.

We have laws that govern our vehicle use and those found breaking laws are punished. I don’t see special interest groups like PROP and politicians like Congresswoman Mary Bono Mack of California trying to reduce the supply of vehicles to people who have licenses and use their automobiles legally and safely.

I have no patience for people who drive recklessly and die as a result. And I no longer have any patience with people who stupidly and illegally take prescription medicine with benzodiazepines and then wash it all down with a pint of Jack. Addiction and death following this behavior is entirely predictable and brought on by the person’s behavior.

The underlying problem with the illegal use of prescription medicine is the hysteria it has caused. You people illegally taking these medicines, no matter how you obtained them, are stealing from people who live with the agony of chronic pain. Your behavior and the resulting hysteria it causes is torturing and killing people whose medicines have dried up because of you.

The logic appears thus: Because thousands and thousands of people make stupid and illegal choices that leave them addicted or dead; people like me in harrowing pain should be denied the legal medicine that our physicians prescribe to make our lives a bit more bearable.

Let’s extend that logic a bit. Because thousands and thousands of our fellow citizens choose to drive under the influence, drive recklessly or drive while talking on their cell phones, the government should choke off the supply of vehicles, because fewer vehicles means fewer injuries and deaths. Need to go to work, go to the doctor, check on elderly relatives, or go grocery shopping? Too bad. Walk!

I know this will sound cold, but using the addiction and deaths of people engaging in illegal behavior no longer pulls at my heart or persuades me. The irony in protecting stupid behavior at the expense of people trying to escape torture and death is as breathtaking as it is maddening.

Teresa Shaffer, a long-time pain patient and advocate, has heard as many as 300 people over the last three years talk about how they will turn to street drugs if they can’t get their medication. This madness is turning pain patients towards the illegal behavior that is harming their ability to survive.

As Ms. Shaffer says, “They are, by turning to street drugs, not only endangering their lives, but they will become part of the problem, not part of the solution.”

There is already evidence that this is happening in states where the DEA has cracked down the hardest. There are also reports of people in pain who kill themselves after being denied the medicines that have kept them alive.

There is no getting around this: choking off the supply of opioid analgesics to people like me is short-sighted and murderous.

This was reposted here with permission from author and American New Report.

Mark Maginn lives in the east bay of San Francisco where he is a poet, writer and social justice activist. Mark suffers from chronic pain and was a longtime volunteer with the American Pain Foundation. His blog can be found here.

The views, opinions and positions expressed in this column are the author’s alone. They do not inherently or expressly reflect the views, opinions and/or positions of American News Report, Microcast Media Group or any of its employees, directors, owners, contractors or affiliate organizations. American News Report makes no representations as to the accuracy, completeness, currentness, suitability, or validity of any information in this column, and is not responsible or liable for any errors, omissions, or delays (intentional or not) in this information; or any losses, injuries, and or damages arising from its display, publication, dissemination, interpretation or use.

Opposing views, opinions and positions about this column are welcomed by American News Report and or Microcast Media Group. Publication or lack of publication of opposing views, opinions and/or positions does not imply, suggest or expressly reflect an endorsement or disapproval of the originating commentary on the part of American News Report or Microcast Media Group.

12 thoughts on “Living with Pain; A Patient-Writer Perspective”