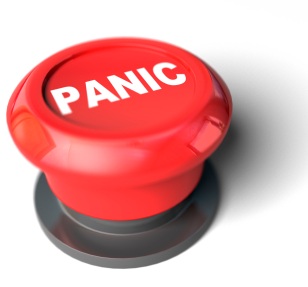 We welcome Dr. Sachy’s insight on this important topic of rescheduling hydrocodone.  Because it has become such a hot topic, there will be a series of blog position statements from various expert opinion leaders that have experience with patients receiving hydrocodone.

Just days ago, Dr. Fudin posted a blog here, Media and Politics May Influence Opioid Panic which critiqued a People Magazine article published in the January 28, 2013 early edition.  Then we saw Effect of Rescheduling Hydrocodone is Unknown.  Today, I address an LA Times article which actually appeared a few days later on January 25, 2013.

“By a 19-to-10 vote, an advisory panel to the U.S. Food and Drug Administration recommended Friday that the agency reclassify hydrocodone, the active ingredient in Vicodin, as a Schedule II narcotic, placing it in the same category as other widely abused medications, including OxyContin and fentanyl.”

I know that these meds are abused, but wildely? One thing I am certain of is that these medications can be “widely” effective for treating all forms of pain.

“The United States consumes 99% of the hydrocodone produced worldwide, and doctors write more prescriptions for it than for the leading antibiotic and hypertension medications.”

Hmmm. I wonder why? I guess that I am just a drug pusher…But wait! I looked up the Pain Policy web site – Pain Policy – and I found some interesting statistics. For instance, the consumption in milligrams per capita [which is calculated by dividing the total amount of opioid consumed in kilograms by the population of the countryfor that particular year] of most opioids in Western Europe, Australia and Canada is similar to the United States.

So we consume 99% of the world’s hydrocodone? Well from this site it would appear that Canadians consume per capita more Dilaudid® [hydromorphone] than their “drug abusing” neighbors to their south.

The point is, if you are an industrialized and thus supposedly civilized nation, you are going to treat pain aggressively – with opioids.

“Prescription drugs — primarily narcotic painkillers such as hydrocodone — cause or contribute to more deaths than heroin and cocaine combined. As a result, drug fatalities have surpassed deaths from motor vehicle crashes, long the leading cause of accidental death in this country.”

Wait, I will leave this to Dr. Fudin to fill in the details but let’s get something straight. Opioids are NOT causing MORE deaths than motor vehicle crashes. Drugs of all kinds are; cocaine, heroin, non-opioid medication overdoses are all adding to this number. This is obviously misleading.

“Doctors have prescribed hydrocodone with few restrictions since it was introduced four decades ago. Because of the perception that it is less risky than other narcotic painkillers, it is widely prescribed by general practitioners and dentists.”

40 years is a long time. That was 40 years of being able to have 10 to 20 hydrocodone called in by a caring dentist when that abscessed tooth of yours acted up again, driving you nuts; 40 years of obtaining relief from a surgeon after you had your liposuction, or your blepharoplasty, or your fractured collar bone set etc. Yes it is a potentially fatal medication when abused…But do we want to restrict access to it on an emergency basis? By the way – who would call in huge amounts anyway?  Called in hydrocodone is for emergencies and for the interim relief of pain when a visit to the physician or dentist is simply not practical. Do we really want to go without the ability to obtain by telephone, at least one potent opioid analgesic for emergencies and traumatically painful situations? THINK LONG AND HARD FDA….

“In seeking to stem the increase in fatal drug overdoses, authorities have focused on how addicts and drug dealers obtain prescription narcotics illegally, such as by stealing from pharmacies or relatives’ medicine cabinets. Recent articles in The Times, however, reported that many overdoses stem from drugs prescribed for the deceased by a doctor. In nearly half of the prescription drug fatalities in four Southern California counties, medications prescribed by physicians caused or contributed to the death, according to a Times analysis of coroners’ records.”

You know what! In a review of 600 cancer patients in Britain who died within 30 days of treatment, it was found that one in four of the deaths was either caused or hastened by the chemotherapy itself. (See National Confidential Enquiry into Patient Outcome and Death (2008) For Better, for Worse?)

And we know that the above situation is the same here in America too.

And so we can see that in the desperate fight for survival, humans will roll the dice and subject themselves to poisoning and all manner of pain and degradation in order to buy time, one more day, one more hour…

And human beings will also take great risks to ameliorate and/or extinguish pain. On one hand they will make grave choices like whether to hang on to the outside of an office tower window in order to avoid burning alive, or whether or not they might accept a prescription for an opioid analgesic if they are indeed in pain.

Limit the number of tablets called in etc. But please do not let physicians, dentists, and other caring healthcare providers, that are currently privileged to call in prescriptions, lose the ability to put out a fire via a telephone call…before it turns into a firestorm…

Dr. Thomas Hewitt Sachy hales from Calgary, Alberta, Canada where he attended the University of Calgary, obtaining a Bachelor of Science Degree in General Studies in 1985, and a Bachelor of Science in Electrical and Computer Engineering in 1988.  In 1988, he immigrated to the U.S. and obtained his Master of Science in Biology from Georgia State University in Atlanta, GA in 1994, and then he attended The Medical College of Georgia where he received his Doctor of Medicine in 1995.  Dr. Sachy’s residency training in General Psychiatry was completed in 1999 at The Medical University of South Carolina, where he also completed a fellowship in Behavioral Neurology.  Dr. Sachy then went on to complete a fellowship in Forensic Psychiatry at Emory University’s School of Medicine in 2000. He is a Diplomate of the American Board of Psychiatry and Neurology. Dr. Sachy is now in solo practice as a Neuropsychiatrist in Gray, GA – Georgia Pain and Behavioral Medicine.  There he specializes in Neuropsychiatry, Forensic Psychiatry, and Pain Management.

Dr. Sachy has been published in the journal Practical Pain Management, where he authored a ground breaking article entitled “Use of Opioids in Pain Patients with Psychiatric Disorders”.  He has also appeared in several television documentaries including: the Discovery Channel’s “Exorcists- the True Story”, CBS News’ 48 Hours “Murder on His Mind”, and the SyFy Channel’s “The Haunted Boy”.