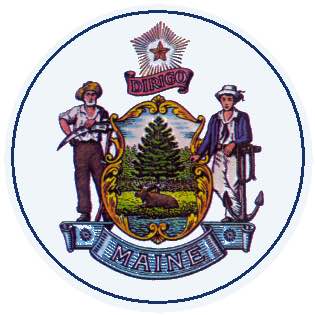 Guest Blogger Mortimer Fein is at it again!  Dr. Fein contacted me to write this compelling guest blog that places much of the opioid nonsense in perspective from a patient, humanistic, and scientific perspective.  He focuses on the “maine” things at stake, which is sort of a nice follow-up to an earlier blog here, Are you kidding me?, where I pointed out that to qualify for in-home naloxone in Maine, you need to first fail naltrexone, which is absurd because you can’t give an oral drug to someone that is comatose, and even if you could, failure of that drug to qualify for naloxone would mean you were dead – very nice Governeor Lapage (let’s just wait for the patient to die before approving the antidote). What in the world are those people up north thinking?  Perhaps they should change their logo from “The Way Life Should Be” to “The Way We Ensure Death”.

In any case, I’m thrilled to welcome Dr. Fein back to the stage.  Here’s what he has to say…

If a person is a candidate for opioid therapy, they deserve to be a candidate for an adequate dose of opioid therapy. Correction – they should be candidates for an individualized adequate dose of opioid therapy. That is to say, that if a prescriber’s assessment is that an opioid trial is warranted, then it is their belief that opioids are likely to be effective as analgesics, well tolerated, have a good balance of risks and benefits compared to other therapies (some that may well have already been tried and failed) in that patient with their comorbidities, and that the patient has been assessed for the degree to which they are likely to be reliable drug takers. If there are questions in this final domain, then safeguards are built in that attempt to assure safety during the trial. If the appropriate level of safeguards have been applied and the patient is abiding by and meeting responsibilities then they should not be nickled and dimed on dose. Morphine equivalent pseudoscience as outlined by Fudin, Cleary, and Schatman should not supersede clinical judgment. In any event, artificial, nonscientific and increasingly ridiculously low MSE limits will actually only expose the patient and society to the worst of both worlds. Ensured of not working, too low dosing will set the patient up for suffering, suicidality, and the potential for overuse, binge use, diversion or even drug abuse. The heroin problems a state is experiencing are not likely to improve either (are you listening, M(S)ainE? If risk is assessed and contained then doses should be individualized.  Instead of engineering a world in which policy creates a self-fulfilling prophecy out of the belief that opioids don’t work. If a prescriber does not know how to do this assessment, plan the treatment, plan and oversee the consults then they should get the patient to someone who does. 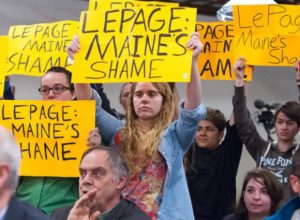 The state of Maine’s motto is Dirigo or “I direct” in Latin. Maine’s controversial Governor Paul LePage and their state legislature has now directed that after 1/1/17 it will be illegal to prescribe more than 100 MSE to M(S)ainer(S) with chronic pain. All I can say is that I hope he or someone he loves doesn’t need adequate therapy thereafter.

One thing the opiophobes always say is that opioids simply don’t work; they certainly do not work for everyone. However, there are new data surfacing by Gudin, Nalamachu and colleagues that pools results of open label safety extensions from multiple clinical trials pointing to the Long term opioid evidence for CNCP. Everyone has always known this, but the disingenuous dismissal of an entire therapy as if it works for no one goes on. And the dismissal of higher doses when needed is nearly complete.

I believe that the concept of pseudo-addiction was taught incorrectly. That patients who were poor candidates for dose escalation had their doses increased for bad behavior and doses went sky high in people unlikely to do anything but get themselves in more and more trouble and perhaps even to wake up dead. It was taught as if dose increases occur in a vacuum not a decision-making space defined by the other parameters of therapy – analgesia, adverse events, activity level and aberrant behavior. The decision to raise doses should be made in a person who has suboptimal analgesia but is otherwise tolerating their medication, making a good faith effort to function as well as they can (more on this later) and who is not taking liberties with their medications or illicit substances.  Only the best candidates for opioid therapy should be on the most unorthodox doses not the worst candidates. Someone who doesn’t take liberties, who ensures that their medication supply is safe and communicates with all members of their treatment team. Once again the hard, time consuming work of assessment and re-assessment, marshalling all the forces and consults and safeguards to make people safe is being deferred to government over-reach in the form of shortcuts and short circuits that help no one. 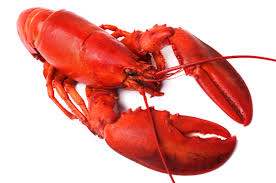 And while payors continue to run around with their hair on fire, clawing at constituents like Maine lobsters with regard to the opioid crisis, why don’t they read Dr. Forrest Tennant’s newly published (but actually old) work showing that abnormal genetic variants are highly prevalent in people above 100mgs MSE and approve this as an indication (and therefore coverage for) pharmacogenetic testing as a way to lower requirements by getting people to the best metabolized drug and rendering their therapy safer and more likely to work?  Or do they simply want to relegate the job to state government bureaucrats who pick MSE numbers out of a hat like lotto balls. They would probably get back the money spent in the avoidance of ER visits (for both overdoses and poorly treated pain) and by fostering better outcomes overall. Wishful thinking I know, because throughout the opioid epidemic, the tendency to be alarmist and then chose shortcuts over effective interventions have been ever present.

And while we are on the subject of individualizing, let me also say that the functional outcomes and goals of therapy too need to be specific to each and every person. Specious arguments (reserved for opioids) that describe functional improvements as the only basis for continued prescribing but do not measure these improvements within subject as opposed to across groups are unrealistic and sadistic. Opioids look bad when the only outcome for all is return to work or some other normative goal that is not relevant to or obtainable by a particular individual. Many patients will if they can. Or they will change careers or career goals. But many won’t. For some patients, a simple slowing down of the inexorable decline of psychiatric and physical problems that are causing or associated with the pain is all that can be accomplished. In still others, comfort alone is all that can be attained. These decisions are also not made en masse nor in a vacuum. They are an individualized judgment and their measurement should be ipsative not normative.

Law abiding Americans who take their medicines as directed, do not abuse them, do not sell them, do not harm 3rd parties with them, who make their best effort to put their best foot forward and who are suffering deserve to have their cases and their needs individually evaluated by their healthcare providers who can then do the best they can to help them. They also deserve to not have laws passed that harm them and are unlikely to help anyone else.