Once again, Ms. Persico and Dr. Wegrzyn hit a home run on their guest blog No Brainer – No Brains, or as their submitted title suggests, “Nobody knew: Provider Status for Pharmacists and what happened without us for the last year?”

Here’s what they had to say…

At this point the entire country is aware that there is an “Opioid Epidemic.”  A Google search of the term yields hits ranging from government agencies to pop-culture “news” websites.  Popular culture and medicine alike have latched onto this terminology to describe a complex set of circumstances surrounding an increase in opioid overdose related deaths. In response, legislation has come down the pike to address prescribing practices, access to medication assisted treatment and expanded use of naloxone. In addition to these widely publicized actions, pharmacists have been working behind the scenes fighting to gain recognition as health care providers. #rebrandpharmacy

Pharmacists, by definition, are not health care providers. If that is surprising to you then you are, unfortunately, in the minority. The prevalent public perception of pharmacists stagnated sometime around 1950 leaving pharmacists trapped behind a retail counter selling perfumes and pills. This perception falls short on many levels starting with the failure to account for the thousands of pharmacists working in ambulatory care settings, satellite hospital pharmacies, and, gasp! even the community pharmacist.  The modern pharmacist is an integral part of the health care team who has the training, knowledge and drive to make a difference in this pivotal time for opioid therapies and pain management.

Unfortunately, legislation that has been brought forward to grant provider status to pharmacists has been pushed aside time and time again. In the current political climate where the distance between right and left seems to be growing wider each day it is shocking that bills with bipartisan support are slipping through the cracks. Yet, these bills are consistently being allowed to expire. On January 28, 2015 H.R592 was introduced and was subsequently referred to House Energy and Commerce and Way and Means committees and then onto the Subcommittee on Health. S. 314 was introduced on January 29, 2015 and was then referred to the Committee on Finance. Most recently, The Pharmacy and Medically Underserved Areas Enhancement Act, S. 109 was introduced and immediately referred to the Committee on Finance. One year ago this same bill was proposed in the house and the senate with the same outcome. If passed, this bill would allow pharmacists to bill Medicare Part B for their services for rural seniors in underserved communities. The definition of a medically underserved area (MUA) is based on the population to provider ratio, the percent of the population below the federal poverty level, the percent of the population over age 65 and the infant mortality rate. None of these parameters address underserved disease states (such as pain) or the fact that primary care offices are bursting at the seams leaving patients to wait months without an appointment. Enter the pharmacist, a member of the health care team who is not yet considered a provider and is, therefore, unable to bill for his or her valuable services.

In December of 2015 Dr. Jeffrey Fudin published a blog post entitled Nobody Knows, in response to a conversation he had with a physician. The physician stated that he did not know enough about how pharmacists are trained to have an opinion about including them on the CDC advisory panel on the opioid epidemic.  In Is there a [REAL] doctor in the house?, Dr. Fudin paints a clear picture of the differences among various “doctors” and uses real case examples to solidify the unique skillset pharmacists could bring to the table in mitigating opioid-abuse risks.

If ignorance is bliss then, over one year later, our country remains blissfully unaware of the immense impact pharmacists can have on patient outcomes. While pharmacy organizations lobby and politic their way towards provider status for medically under-served areas the entire country remains under-served by pain experts and the opioid epidemic continues. Meanwhile, pharmacists remain largely side-lined, hands tied by red tape.

I would like to take this opportunity to shed some light on how we are trained, what we can do, and how we can help with the opioid epidemic if only we are given the deference, authority and provider status that we have earned. So, how are we trained? What exactly goes on in those hallowed halls of pharmacy schools across the country? Well, obviously, we spend the first four years or so learning how to count pills on those tricky counting trays and learning to decipher the, often, illegible handwriting of our medical colleagues… 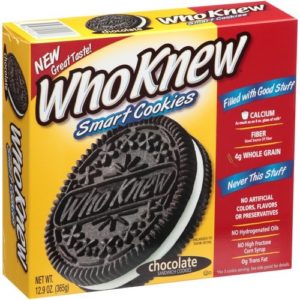 Pharmacists in general are pretty smart cookies! Doctor of Pharmacy (PharmD) programs are accredited by the Accreditation Council for Pharmacy Education (ACPE). The ACPE employs a set of minimum standards that each program must exceed in order to receive accreditation and remain accredited. Four basic standards are identified each with key elements that must be present. The four standards are foundational knowledge, essentials for practice and care, approach to practice and care and personal and professional development. One of the key elements described in the standards is patient centered care. This key element is described as follows: “The graduate is able to provide patient-centered care as the medication expert (collect and interpret evidence, prioritize, formulate assessments and recommendations, implement, monitor and adjust plans, and document activities).”  So, in short, pharmacy schools are training medication experts who are capable of implementing, monitoring and adjusting therapeutic plans. Medication experts who are ready, willing and able to critically analyze patient cases, problem solve alongside a diagnostician and optimize therapeutic regimens. What we need now is to rebrand pharmacy and rebrand pharmacists. Right now we lack legislation that allows us to practice to the full extent of our training and, more importantly, we lack appropriate public perception of pharmacy.

The image of a pharmacist standing behind the counter counting pills is as outdated as physicians blood- letting to cure disease. Achieving provider status will improve patient care, change the public perception of pharmacy and increase access to health care for vulnerable populations.

All comments are welcomed!

Amelia Persico is a 2017 Doctor of Pharmacy candidate at Albany College of Pharmacy and Health Sciences. In 2016, while attending pharmacy school, Amelia also received her MBA with a focus on health care management at Union Graduate College in Schenectady, NY. Amelia’s professional interests include geriatrics, community pharmacy and health care operations management, though she has yet to encounter a discipline within pharmacy that she does not enjoy. After graduation Amelia plans to pursue a career in community pharmacy and to never stop learning.

7 thoughts on “No Brainer – No Brains”