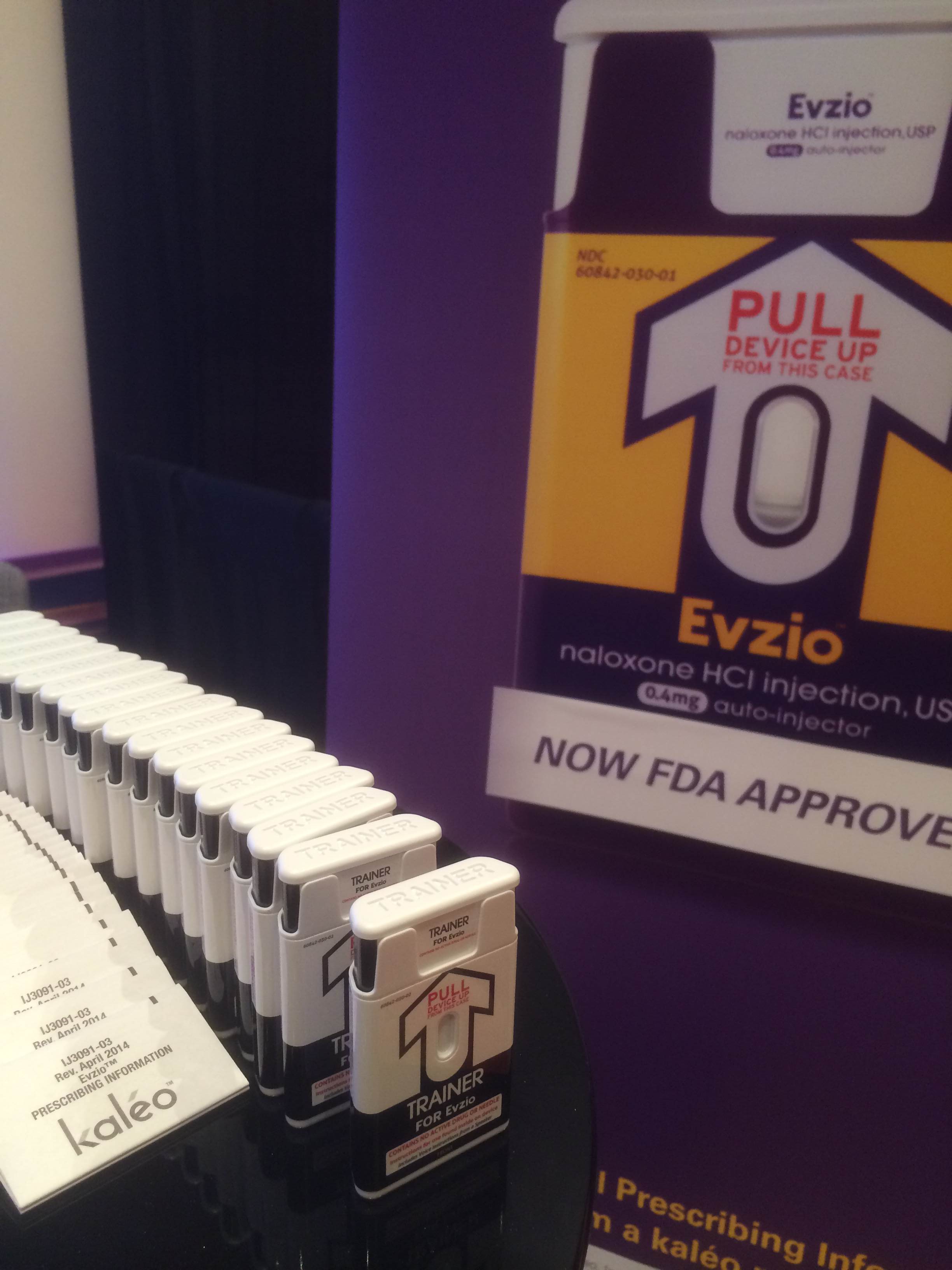 What do OxyContin, Evzio, and a chainsaw have in common?  Continue reading about an honest mistake, and you will see.
Naloxone reversal is not simply about resuscitating an addicted drug user.

Consider that thousands of people carry epinephrine emergency kits and some unfortunate people still die yearly from bee stings and other anaphylactic reactions.  Nobody thinks twice about carrying an “Epi Kit” nor do third party insurance payers blink an eye to pay for them.  But while thousands of people continue to die each year from opioid overdoses, the question of who should carry a naloxone reversal injector such as Evzio remains undetermined, but surely on the rise as a step in the right direction.

Some of you will recall a previous blog presenting a video scenario of a young college student that manipulated an oral opioid narcotic and overdosed by injecting it.  He was saved by his roommate with Evzio (auto-injector containing 0.4mg naloxone) reversal.

Today’s post is another vignette with several learning points for chronic opioid patients and healthcare providers alike.  This is a case of an honest mistake whereby an out-of-state husband (“Jeff”) and wife (“Annette”) each received legitimate prescriptions for oxycodone/acetaminophen 5/325 (Percocet) and OxyContin 80mg respectively.

In this video, you will see a pharmacy intern Jeff B taking prescriptions from pharmacy patron Annette.  The prescriptions are for OxyContin 80mg, one tablet by mouth every 8 hours, plus a new prescription for Evzio auto injector, prescribed because there could be an inherent risk of having high dose opioids in a household with teens.  In a twist of fate, although the Evzio was initially prescribed to prevent a teen overdose, Dad ended up close to death because of an honest mistake. 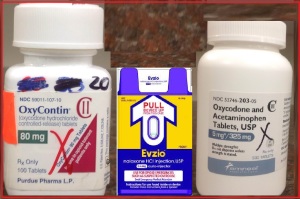 Pharmacist, Thien cautiously checks the state monitoring system because both husband and wife from out-of-state have prescriptions for controlled substances as noted above within a very short time span.  The pharmacist responsibly asks the correct questions of the patient, teaches the student pharmacist that high dose opioids are acceptable but only in patients that are opioid-tolerant and have been escalated over time with the proper precautions in place.  He also counsels the patient.

Annette leaves the pharmacy and responsibly teaches her children about the auto-injector after she leaves with her son “Devin”.  In an odd “chain” of events, Annette’s husband Jeff F inadvertently ends up taking 160mg of oxycodone extended release (2 x 80mg tablets) instead of his prescribed oxycodone immediate release 10mg (2 x 5mg tablets).  An honest, but almost certainly fatal mistake of taking SIXTEEN times the prescribed dose almost ended as another statistic!

As always, comments are welcome.
And, if YOU want to create a video scenario as a public service to be posted on this Blog, contact Dr. Fudin, jeff@paindr.com. We especially encourage such participation from pharmacy, medical, NP, and PA students (not necessarily in that order).

Dr. Fudin wishes to especially acknowledge Four Corners Pharmacy, and pharmacist owners Paul Pagnotta and John Croce for their professional support and allowing the participants to use their pharmacy for video recording.

The content of this blog was not approved by, reviewed, or supported in any way by OxyContin manufacturer Purdue Pharma or Evzio manufacturer  Kaléo Pharma.  It is solely provided as a public and educational service by Dr. Jeffrey Fudin and the participants herein.

“Jeff F” in the linked video was not hit by a branch and did not fall from a ladder.  We acknowledge Kurt Stepp’s Youtube Video, “Branch Knocks Man With Chainsaw Off a Ladder”. Available at https://www.youtube.com/watch?v=DBhFo6WrbmM (Last accessed 10/9/2014)

15 thoughts on “Not Just for Drug Addicts: Evzio, OxyContin, and Chainsaw”