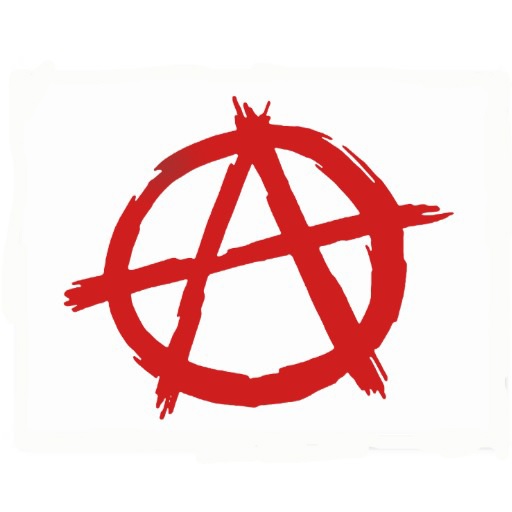 What kind of a government, economic and healthcare system do we really have and what kind do we want when it comes to pain? There is no doubt pain treatment has become highly politicized but in what direction – and as we mobilize, in which direction do we want it to go?

Has it happened?  Are patients in pain being treated like animals, or worse yet, beaten into subservient outcasts beneath standards we expect for our very own pets? As Orwell said, in his famous political novel, Animal Farm in 1945, “all animals are created equal, but some animals are more equal than others.”

Capitalism is a society where investment, ownership, production, distribution, and exchange of affluence is in the hands of each individual or corporations.

Revisionism is any dangerous departure from the teachings of Marx.

Totalitarianism is a government in which a single authoritarian party controls everything and everyone.

Although I don’t believe we have reached the point of revisionism or totalitarianism at the federal level, we are certainly approaching these at various state levels when it comes to opioids.

Do academics even really have freedom to critique government policies about pain and pain medication or will they have to deal with repercussions in the form of hurtful policies set forth by, for example, the Senate finance committee that will affect their revenue streams?

Oh, so many “ism” options it’s hard to put my finger on which fits the opioid travesty in the country best as it relates to pain management.

Don’t get me wrong.  I’m proud to be an American and everything it stands for.  And, I’m the first to admit I’ve had more than my share of enjoying freedom of speech!

So let’s take a look.

The attack on Capitalism is inconsistent with free trade by big and small Pharma. Paindr.com discussed some of these uncomfortable realities in What the Market Will Bear?  There we point out that drug pricing is related to costs of research and development, and that although Shkreli’s shenanigans are indefensible, he did put us all in touch with our ambivalence about free market economics being applied to drug costs.

From a Communism standpoint, the only consistency I see with a classless society is that pretty much most folks, regardless of standing in society, have poor access to pain treatment at least insofar as pharmacotherapy with opioids is concerned.

Nevertheless, little attention was paid to the opioid epidemic until it became prevalent among white affluent communities as outlined in Reflections on Martin Luther King Day: In Pain Politics, White Lives (Really) Matter.  How do you suppose this fits into a classless society?

I see some Revisionism in that each state seems to do what they want, so although Pain Communism (treating each patient in a classless society) is prevalent, some states have maximum allowable morphine daily dose equivalent (MEDD), some do not, and it seems to vary at the whim of politicians.

Then there’s totalitarianism within individual states whereby governors and senators are allowed to run amuck as a single authoritarian that controls their constituents at their whim.  Examples here include West Virginia, Massachusetts, and more recently, Maine.

And finally, there’s McCarthyism, a crusade of false allegations to intimidate prescribers into not adequately addressing the needs of their patients due to fear and false accusations by state authorities, unfound investigations, and intimidation to force clinicians to fall into line or leave the profession.

Sure, people can write in here and share their thoughts for or against the content of this blog post in support or dispute of our alienated rights as clinicians and citizens.  Others might argue that opioids are an earned and stepwise privilege, not a right, and in certain circumstances I might even agree. 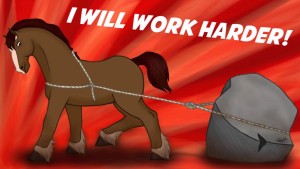 But from where I sit, it is quite clear that legitimate patients and clinicians alike often feel as though they are treated as criminals living in a surreal Police State never before imagined. Every new anti-pain policy that comes down the pike begins with some double-speak about how it is not meant to impede legitimate access to pain medications for those who need them? Orwell would have been proud.

After receiving probably over 1000 emails in the last few months starting with “my doctor told me…” or “the office of professional discipline has accused me…” I decided to just run an email search. For the former, I couldn’t scroll down far enough to find the end.  For the latter, it capped out at about 62.

Here’s some snippets from the last few…

My doctor told me…
“Due to DEA, he cannot write for two narcotics…”
“I will lose my license if I prescribe for more than 20mg of hydrocodone per day…”
“New laws prohibit primary care doctors from prescribing opiates…”
“In order for me to keep prescribing your opiate, the law requires you see a psychiatrist…”

I need an expert to help me because…
“the state has accused me of prescribing too many opioids, but I work in a pain practice…”
“they threatened to revoke my license if I don’t admit to prescribing too many opioids…”
“the state said the methadone doses were too high, but all my patients failed other medications, were escalated slowly, and are carefully monitored.  I work in a pain practice…”

Pharmacists: I feel bad that I can’t help this patient because…
“the insurance company put a cap on how many tablets can be dispensed and the patient has to keep coming back and pay another copay…”
“the primary care doctor has temporarily provided a two week supply for the patient because the NP at a pain practice told the patient that she is above the MEDD allowed by the state.  What happens after that…?” 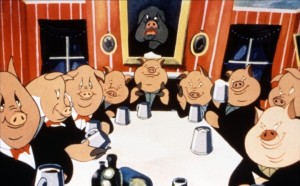 Readers may argue otherwise, but it is what it is.  We are now seeing an Animal Farm society where pain patients are treated like Boxer the workhorse and sold for slaughter while metaphorically, lawmaking Napoleons sell out hardworking patients even after proving to be loyal taxpaying contributors to society.  And for what?   Well if you know the book, it was to buy whisky for himself (Napoleon) and his pig followers.  Hmm, I wonder who those pigs are in our world?

Years after certain animals attempted a revolution, those participants vanished.  I guess maybe that will be me someday and many of the patient and clinician readers here that painstakingly are fighting the fight for patients every day. 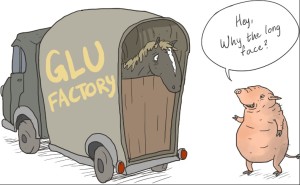 To wrap this up, it is clear to me that pain patients and the clinicians that care for them are operating outside of the traditional world of Capitalism.  Both are frightened, intimidated, and quite frankly, exhausted from trying to do what’s right.  Will we be escorted out to pasture like Boxer?

Society as a whole is treating pain patients and their clinicians unfairly and unconstitutionally.

The fourth amendment of the Constitution seems to be violated routinely as of late with regard to honest clinicians.  It does not protect from “…unreasonable searches and seizures [that] sets out requirements for search warrants based on probable cause as determined by a neutral judge or magistrate”.

Then there’s the sixth amendment that ensures a fair trial, but most, if not all States have a Kangaroo Court without a Jury trial.  Specifically, the Amendment “Protects the right to a fair and speedy public trial by jury, including the rights to be notified of the accusations, to confront the accuser, to obtain witnesses and to retain counsel”. Pain patients and their doctors deserve their civil rights!

The way I see it, pain patients in this country and the clinicians that care for them (if you can find one anymore) are being treated like animals, and certainly not as good as my loyal dogs at home.

In essence, what it’s come to is that “All animals are equal, but some animals are more equal than others”.