Guest Blogger, Dr. Marylee M. James shares her views on various issues regarding patients in need of pain management, and the “war on clinicians” in their best effort to care for patients while attempting to stay afloat in terms of safety, ethics, and the law.

From the early days of human habitation on this earth, societies have revered (and also feared) their healers.  Even now, from Africa to South America, and wherever modern medicine is difficult to find, the skills and knowledge of healing have been passed from generation to generation of traditional healers.  In rural areas of our own nation, many communities still seek medical assistance from ‘grannies” who rely on local herbs and traditional lore to help their neighbors.

So how has it happened that in the 21st century, one of the most technologically advanced nations on earth appears to be conducting  a campaign against modern, trained and licensed physicians that echoes some ancient, primitive fear of the healer?  We live in the age of Reason.  We understand science, including anatomy and physiology, and understand that healers do not possess magic powers that might either hurt or heal us.

Despite this advanced understanding, we have allowed lawmakers and insurance companies to turn our healers into objects to be bullied, threatened, arrested and tried under charges of murder, with prosecutors demanding a death penalty when they have no evidence whatsoever that such a crime took place.[i]

After years of study and practice, sacrifice and struggle, 21st century physicians enter their professional world with dreams and aspirations already shattered.  Many have student loans that limit their disposable income for many years into the future.  Many more will find that the option of setting up a practice on their own is an unattainable dream – that they will be working for larger organizations and answering to employers who lack both medical degrees and understanding, where the bottom line is profit driven.  All will have to deal with insurance companies that limit what they are able to do for their patients, no matter how much the patient might need the medication or procedure.  Those companies have even at times contacted their patients, without the knowledge of the physician, and suggest other treatments or tell the patients to ask their doctors for a different treatment[ii].  Somebody tell me – have the laws against practicing medicine without a license been repealed?

And that is not the worst of it.  Today, a physician who tries to treat patients according to the knowledge and skills that they worked so diligently to earn is now at risk of losing everything—their licenses, their homes and families, and even their own lives.  ALL THIS, NOT BECAUSE THEY HAVE DONE ANYTHING WRONG!!!  On the other hand, they can’t seem to do anything right.  If law enforcement doesn’t destroy them, they are in danger of being robbed or even killed by drug-seeking patients. [iii]

I could easily believe that it is the failed war on drugs that has created the need for law enforcement to redirect our attention by turning the war against physicians – and their patients, who will suffer without medical care.  Sociologists like myself frequently inquire “Who Benefits?” when deciphering seemingly irrational social behaviors.  In this case, the lawmakers and enforcers themselves would look like people who would benefit from a better public image by this redirection of the public’s attention.

They say it is because the physicians prescribe too many “pills”, and turn their patients into addicts.  Not true.  Only a small percentage of patients who follow the orders given by the physician become addicted – addiction is a disease that occurs most often when drugs are abused, against medical advice.  Most abused drugs do not come from physician’s prescriptions, but from families, friends, unsecured home supplies, or drug dealers.[iv] Dependency may occur, on the other hand, because people must depend on the medications that help them.  Physical dependency is not unique to opioids alone, and can be resolved by tapering when the need for the medication is over.  A similar approach is needed with several medication classes such as antidepressants to avoid serotonin withdrawal or beta blockers to avoid hypertensive crisis.  Because lawmakers and others often incorrectly blend the lines,  differences between physical dependence and withdrawal, we allow people and organizations with vested interests to feed our fears and turn us against the only people qualified to help us.

Why are they targeted, when they are not the problem? Let’s look at the real problem here: Addiction is real.  Drug-related crime is real.  Drug cartels that launder their profits and use some of the “cleaned” money to lobby politicians are real.  Even MD degreed providers who misuse the privilege and set up “pill mills” are real (I refuse to call them physicians).  There are solutions to all of these problems, and none of them include punishing physicians and other licensed clinicians with the goal of securing political points.  We must stop making the problem worse, and focus on the real lawbreakers.  We do know who they are!!

I write this letter, ironically, perhaps, because I am not able to take pain medicationsor many other drugs that could mitigate against the chronic pain that I have lived with for more than 45 years.  Like many older people (who, by the way, may be less likely to become addicted to drugs because of the changes age brings to our physiology[vi]), chronic pain (from degenerative disc disease) has exacerbated other illnesses and ultimately severely limited my life.  I have written this letter in gratitude for the four physicians who compassionately and patiently took the time to untangle and address the mingled symptoms that I presented with a few months ago, and who have given my life back to me despite my limited ability to process medications.  (And yes – one of those four physicians is a board-certified pain management physician.  There are other ways to manage pain when patients cannot take drugs.) With some understanding of what it must take to hold on to that compassion and professionalism in an irrational and vengeful world, I declare that these physicians, and physicians like them, are the true heroes of our day.  We need to let them know.[vii] 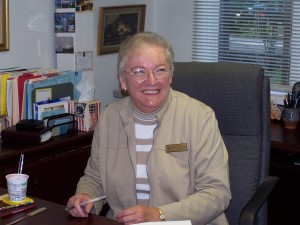 University.  Her first “real” job, however, was in the office of her family physician at the age of 17, and for the next 25 years medicine was both her love and her occupation.  In her late 20’s she was diagnosed with degenerative disc disease, osteoarthritis of the spine and osteoporosis.  As a result, the physical demands of working as a nurse became too great, and she decided in her mid-40s to return to college to study for a liberal arts degree and finally her doctorate.  She did the research for her doctoral thesis in South Africa, returning there to work for a total of seven years.  Back in the United States she accepted a teaching position at Alice Lloyd College in the mountains of Eastern Kentucky, later becoming VPAA/Academic Dean there for seven years.  Deteriorating health caused her to leave that position and return to teaching, retiring in 2013 at the age of 72.  She now lives in Jeffersonville, Indiana.

What are Patients to do when Law Enforcement Closes Clinics?  http://missoulian.com/news/state-and-regional/ravalli-county-health-officer-says-patients-of-raided-florence-clinic/article_cf2e1690-bac0-11e3-848e-001a4bcf887a.html

[ii]Here I cite my own experience with the insurance company that covered my last place of employment.  Over a period of several years, my colleagues and I received messages from the insurance company about changing our medications – such as when I was on a prescription medication for GERD, the company insisted that I must discontinue it and take an OTC medication because unless I did, they would discontinue payment on the prescriptions.  We were also advised in frequent mailings to discuss alternative treatments with our physicians.

[iii]The damage done by the war on opioids: the pendulum has swung too far http://www.dovepress.com/articles.php?article_id=16781 …

[iv] “For this crisis physicians take the brunt of the pundits’ blame, despite the fact that more than two-thirds of the diverted medications are acquired from family, friends, and acquaintances – not from a prescription by their doctor.  http://jamespmurphymd.com/2014/04/25/the-dream-of-pain-care-enough-to-cope-the-seventeenth-r-dietz-wolfe-memorial-lecture/

References from this article:

[vii]“Unless patients wake up and fight for the providers of care, we are headed for the sickest system in the world.” http://www.kevinmd.com/blog/2014/03/dissatisfied-doctors-provide-good-patient-care.html …

33 thoughts on “Patients with Chronic Pain Syndromes are Not Idiots!”