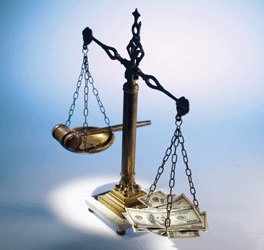 Be certain your liability insurance is paid in full and your assets are well-protected because as one perspicacious attorney put it, “people can sue for anything – the paper won’t reject the ink”. After years of experience as an expert witness (JF), just when you think you’ve seen it all, another crazy case surfaces.  A few years ago a pharmacist was sued by a man missing a portion of his right forefinger; his spouse bit off her husband’s fingertip.  How could a pharmacist possibly be held accountable?  Because the pharmacist refused to fill a carisporidol prescription for the estranged wife after years of filling the prescription; and the presumed agitation from “withdrawal” sent her into a finger-biting frenzy. But since they were separated, it was difficult to obtain the prescription records without consent because of refusal for HIPAA consent by the wife. And, it just keeps getting crazier.

Here to present the recent turmoil on this topic is Guest Blogger Lisa Dragic, a Doctor of Pharmacy Candidate at Temple University School of Pharmacy with a true “passion for pain”.  Working closely with yours truly, here’s what she had to say…

The nerve-wracking liability associated with filling prescriptions in a world fraught with substance abuse, opioid-induced respiratory depression, potential for associated morbidity and mortality, and now a corresponding responsibility for REMS and perhaps naloxone reversal training to caregivers, maybe it’s just easier to avoid opioid fills altogether.1,2 Or is it? Perhaps one can be sued for lying to a patient for not having the opioid in stock, which might subsequently lead to withdrawal, agitation, diminished focus and a motor vehicle accident.

Background:  Turning attention to a broader issue, now various states have jumped on the bandwagon to sue major pharmaceutical companies for causing addiction within their state and surrounding communities.  This begs the questions of whether it is an excuse for a political bully pulpit, a revenue-generating scheme, or an opportunity for more sensationalism by media and political propagandists.

True enough, after Oxycontin hit the market in 1996 it generated $45 million in sales its first year, and by 2000 the drug generated $1.1 billion.3 OxyContin and other opioid analgesics are labeled with warnings informing prescribers that, “abuse, misuse, or opioid addiction may occur: use cautiously in patients with history of substance abuse or mental illness; monitoring recommended.”4 Although prior to 1995, opioids were commonly prescribed for unremitting cancer pain, “the promotion and marketing of OxyContin” from 1997 to 2002 resulted in an almost tenfold increase in FDA sanctioned usage.3

Irrespective of your view on the Oxycontin story, from 1999 to 2010, the sale of opioids to pharmacies quadrupled.3 During that same timespan, the number of overdose deaths from prescription opioids also quadrupled, rising to almost 17,000.5 The US Centers for Disease Control and Prevention noted that nearly 2 million Americans either abused or were dependent on opioids in 2013. A CDC report also found that there were 43,982 drug overdose deaths in 2013. 51.8% of the deaths were related to prescription drugs and of that 71.3% involved opioid painkillers.6

States Turn to Lawsuits:  There have been several lawsuits filed against Purdue and other companies for over-marketing and false claims regarding addiction to OxyContin. Kentucky alleges that Purdue Pharma led an aggressive and deceptive marketing campaign that misled doctors, consumers and the government about OxyContin’s addiction risk.3 Kentucky’s Attorney General Jack Conway states, “This is about holding them accountable. They played a role in the state’s drug problem. This started to explode in the mid-1990s when Purdue Pharma was marketing OxyContin. The resulting opiate epidemic … is a direct result.”3 But one can’t help wonder if it’s really about ”holding them accountable” or if its more about politics and media attention.

Chicago filed a similar lawsuit against Teva, Endo, Actavis, and J&J alleging the manufacturers using deceptive marketing to downplay the risks of opioids and encouraged physicians to prescribe the addicting opioids to unsuspecting physician- endorsed drug addicts.7  A federal Judge dismissed the case.

Many are ignoring the more sensible question of “are medical doctors and other prescribers so poorly educated, impressionable and naïve that the mere suggestion of inappropriate prescribing would guide their hand?” to order an opioid prescription.  The medical community should be outraged at these presumptions!

Pharmacists and Medical Doctors Caught in the Crossfire:  Nevertheless, the sensationalism has caused an avalanche of direct lawsuits against healthcare clinicians.  On May 13th, 2015 a West Virginia Supreme Court ruling allowed drug addicts to sue doctors and pharmacists for their addiction disorder. The plaintiffs alleged three pharmacies and four physicians caused them to become addicted to controlled substances following car accidents or workplace injuries.8  In Bangor Maine, Charlene Whalen sued Dr. Weisberger for medical malpractice. Whalen suffered brain damage due to a high dosage of methadone, which caused her to stop breathing in her sleep. She was awarded $1.9 million dollars.9

Cases like this raise important questions. Do doctors and pharmacists play a role in the increasing addiction rate? What impact will these cases have on prescribing and dispensing opioids to legitimate patients? How should we treat chronic non-cancer pain, particularly in patients that either fail other medication therapies, or in whom they are contraindicated, less safe, or not indicated? Perhaps it is not the over-marketing by pharmaceutical companies but perhaps more precisely, lack of pain education in professional schools, including informed consent for long-term opioids, employing validated risk stratification tools, proper usage and interpretation of urine drug tests, counseling, and lack of payment by insurance companies for non-medical interventions (including diet, exercise, acupuncture, counseling, music therapy, tai chi, etc.).

Legitimate Patients Take the Bullets from Crossfire:  As of 2011, at least 100 million Americans were estimated to have chronic pain which represents more than diabetes, heart disease, and cancer combined.10    Presumably legal cases will negatively impact appropriate and necessary treatment for these patients, most of whom don’t have the wherewithal to rise up against this complicated system.  This is supported by Dr. Lynn Webster’s upcoming documentary, “The Painful Truth”, in this currently available trailer.

Even if proper evaluation by physicians and verification by pharmacists were consistently exercised, the snowball has already been discharged down a very long hill, and it continues to gain popular momentum by politicians, and media muckrakers starving for opportunity.

As Americans continue to crawl down this rabbit hole of sue-happy plaintiffs, perhaps defendants will need to dig more frantically in an effort to avoid the ground above, as the ground may be sued for death by a faulty parachute.

This article was collaboratively written with Lisa Dragic, a 2016 Doctor of Pharmacy candidate at Temple University School of Pharmacy. Lisa is a fourth year student pharmacist with an interest in pain management, addiction, infectious disease, and palliative care. She hopes to complete a PGY-1 and PGY-2 pharmacy residency.  Lisa aspires to be a leader in her chosen profession with focus on patient advocacy.

9 thoughts on “Pharmacists, Physicians, and Industry Capriciously Targeted for Lawsuits”