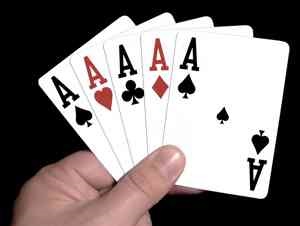 …and all this simply to win favor by using the “opioid epidemic” and innocent bystanders.  As the media blitz continues on opioids with the latest focus on Zohydro, politicians thrive on avoiding truthful balance despite clinician voices and legitimate patients in need of opioid therapy.  The real crisis is that innocent patients in pain are not receiving needed care and are unable to fill prescriptions, and that clinicians caring for them are scared to death to write prescriptions or feel compelled to lower dosages because they fear regulatory agency scrutiny mostly at the state level.

An April 23rd Boston Globe article, Mass. limits use of the potent painkiller Zohydro should strike a nerve for anybody that is really in the know as outlined in the blog, Zohydro: Truth or Dare.  Zohydro (hydrocodone extended release) is of course not that potent as suggested in the Boston Globe story title, compared to many marketed opioids, but hey, the title is a grabber to voters and readers, right?  Truth be told, hydrocodone is less potent than oxycodone, oxymorphone, hydromorphone, fentanyl, and others.  I haven’t heard a single politician admit that or even discuss it – don’t you think journalists should ask these important questions?

According to Valencia’s Boston Globe article linked above, “Saying the state faces a continuing public health crisis, Governor Deval Patrick’s administration imposed sweeping restrictions Tuesday on prescribing the powerful painkiller Zohydro, just before a ban on the controversial drug was set to expire.” But at the same time, Patrick is ignoring the other marketed and readily available drugs listed above.

The article goes on to say that when prescribing Zohydro, Massachusetts “…would require prescribers to complete a risk assessment and pain management treatment agreement with patients before prescribing the drug. The agreement would require drug screening and monitoring of the number of pills prescribed, among other conditions the prescriber may find necessary.

“The prescriber would also be required under a state executive order to participate in the Prescription Monitoring Program, which would monitor the number of times the drug is prescribed, a measure designed to detect misuse.”

Interestingly, about three weeks earlier, CBS News ran a story stating “Vermont Gov. Peter Shumlin announced an emergency order that would make it harder for doctors to prescribe Zohydro…”.   It continues, “What puzzles all of us is the recent FDA action to approve a new opiate that’s stronger and likely to be even more addictive because of its strength, Shumlin said.” As pointed out in a recent blog here, hydrocodone cannot be stronger than hydrocodone, certainly hydrocodone is not more addicting than hydrocodone, but thanks for the poor pharmacology lesson Governor! And to further clarify Shumlin’s incorrect statements, hydrocodone is not new, see blog blasting New York’s Senator Schumer on January 13, 2013 when he too incorrectly gave a pharmacology lesson to constituents and journalists ostensibly to gain favor when speaking out about hydrocodone extended release months prior to it’s FDA approval.

Vermont’s restrictions on Zohydro include the following:

GIVE ME A BREAK!  These are not restrictions,these are good medical practices taken right from any reputable published opioid guideline.  But thank you Governor Shumlin for taking credit for the work of several pain colleagues and yours truly.

The real truth is that these politicians and the journalists who continue to get it wrong are not leaders, they are followers.  The politicians are either truly ignorant to the facts or they are seeking popularity and votes.  The journalists – well, what can I say?  Few have stuck their neck out to tell the unbiased fairly balanced truth.

Lawmakers and educators need to combat flippant prescribing practices and perhaps consider legislation to mitigate such carelessness.  Within the last several months, a close relative was prescribed #30 Lortabs 5/325 by a dental surgeon following a dental procedure of 3 molar extractions.  Instead (s)he took COX-2 specific NSAIDs prior to the procedure and religiously following the procedure – (s)he was eating dinner the same day and never took a single Lortab.  The same relative was evaluated for an unrelated “potential” maxillofacial surgery by an otolaryngologist just days ago.  Upon evaluation, (s)he was handed a prescription for #40 Percocet 5/325 “in case she had the surgery” – needless to say, this was not filled.  Had these prescriptions been filled, and had they found their way into the wrong hands, they could have been the last item ingested by an unsuspecting teen prior to death – this is what grieving parents that have fallen victim to losing a child from opioid addiction should be focusing on, not whether or not Zohydro makes it to market or stays on the market.  As pointed out in a previous blog, drug seekers will simply seek another drug in a “whack-a-mole” fashion as certain ones become less easily obtainable.  But teens or others that were inadvertently hooked on opioids because of poor prescribing practices and equally poor monitoring could be saved if clinicians were smarter about prescribing.

In closing, I call attention to the bold-typed, underlined print above, because the real issue is “Universal Precautions” when prescribing all opioids in an effort to mitigate risk – it’s not just about Zohydro.  These highlighted items are precautions that ALL clinicians should do ANY time a patient is placed on ANY chronic opioid therapy, not just Zohydro.  If lawmakers want to do the right thing and have a real impact, they would work with medical/pharmacy boards and state regulatory agencies to require ALL of these things ALL of the time for ALL chronic opioid prescribing.  But, instead the politicians listed herein are focused on the political Zohydro media blitz, and others, for example Senator Manchin of West Virginia, profess to be expert in an area they know nothing about – stop playing doctor.  For the sake of common decency, stop bamboozling your constituents!  Take a lead role with appropriate persons to endorse education for clinicians, encourage risk stratification when prescribing opioids, and engage in proper evaluation and monitoring for all patients that require chronic opioid therapy.

As always, comments are encouraged and met with enthusiasm!