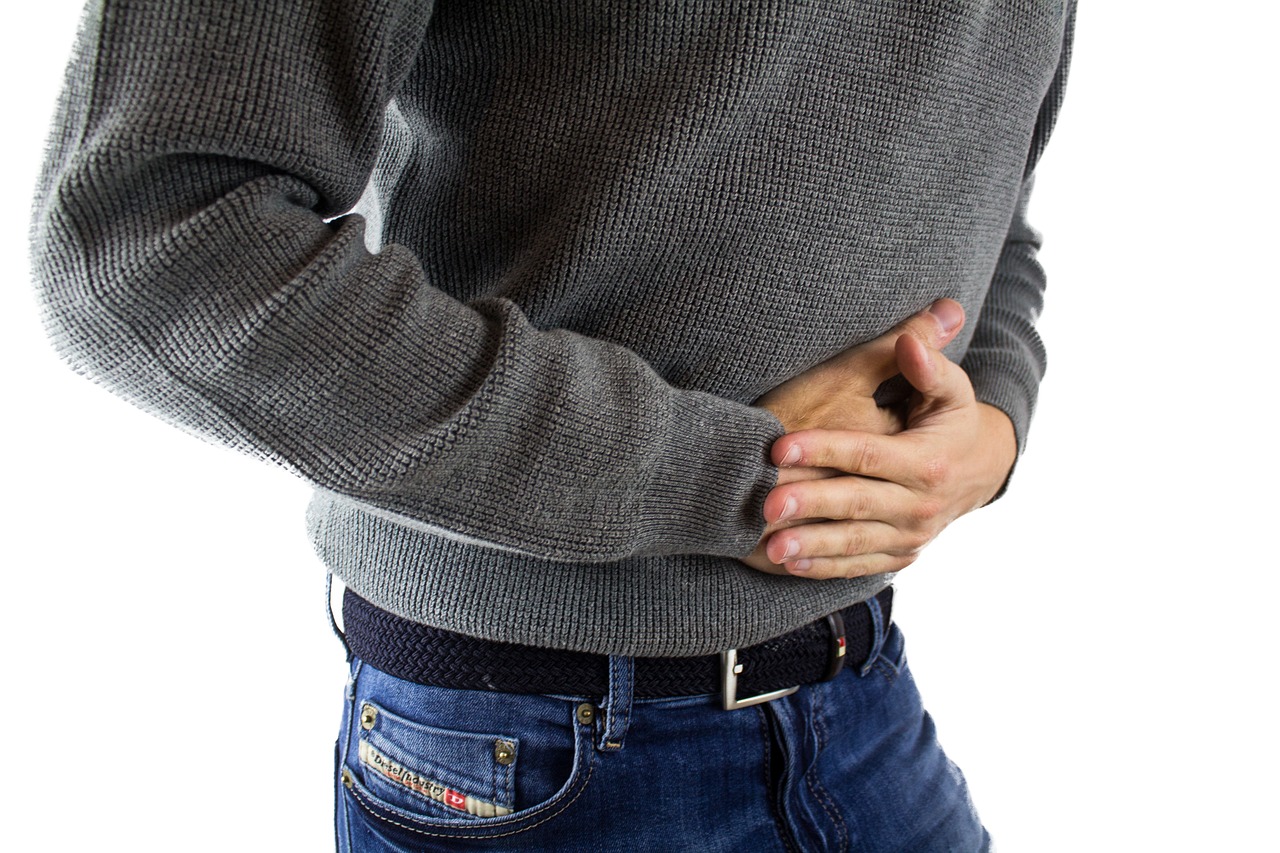 NSAIDs (non-steroidal anti-inflammatory drugs) have been around to treat mild to moderate pain for decades with many success stories.  But like all medications, it has side effects that are associated with prolonged chronic use.  One of the common side effects is gastrointestinal (GI) ulcers.  There are two types of ulcers that are associated with NSAID use: peptic ulcers, which occur in the stomach, and duodenal ulcers, which occur in the small intestine. It may not seem like an important fact, but distinguishing the two types of ulcers is beneficial when choosing the best preventative treatment for NSAID-induced ulcers.  So to start, let’s go over why NSAIDs can cause ulcers.

NSAIDs work in the body by blocking cyclo-oxygenase (COX), which otherwise converts arachidonic acid into initial prostaglandins.  These prostaglandins are then differentiated into various specific subtypes.  The prostaglandins subtypes are involved with various bodily functions such as regulation pain, inflammation and fever.   By preventing the conversion into certain prostaglandins, NSAIDs prevent all three from occurring inside the body.  But there are two types of COX enzymes that NSAIDs inhibit: COX-1 and COX-2.  COX-2 is responsible for producing the prostaglandins responsible for the pain, inflammation, and fever, which is the effect we want.  COX-1, on the other hand, is responsible for producing prostaglandins that are responsible for GI protection and formation of platelets by stimulating thromboxane synthetase that ultimately results in blood clotting; this of course is a necessary function in order to protect the GI lining and also to promote clotting.  The inhibition of COX-1 is the reason behind NSAID-induced GI ulcer side effects.  NSAIDs and Peptic Ulcers has more basic information about NSAIDs and the signs and symptoms of NSAID-induced peptic ulcers.  Traditional NSAIDs such as ibuprofen and naproxen do not selectively block COX-1 and COX-2.  Therefore we can expect reduction in pain, inflammation, and fever, but along with that comes lack of GI protection and reduced blood clotting ability.  Here is a Chart of How NSAIDs work as a visual.

Discovery of the two different COX isoforms (also called isoenzymes or enzymes) influenced research and ultimate manufacture of a new NSAID class known as specific COX-2 Inhibitors, such as celecoxib (Celebrex®).  These drugs selectively block the COX-2 enzyme to decrease the potential GI side effects associated with COX-1 inhibition, but they were not the miracle wonder drug to prevent pain either.  The COX-2 inhibitors have their own set of side effects such as increased risk of blood clots and resultant stroke, preventing many patients from taking this medication. For more information, try reading “Selecting the Right Pain Medication”, a previous blog article that highlights some of the negative effects of selective COX-2 inhibitors.  Relative COX-2 Specificity is available on the website as well, and it provides more insight on relative COX-2 specificity in relation to traditional NSAIDs.

Although NSAIDs come with this major side effect, not everyone is at the same risk for GI ulcers (or clotting in the case of COX-2 specific drugs).  Some common risk factors for NSAID-induced gastric ulcers include:

For patients that have these risks, there are medications to mitigate (and perhaps prevent) NSAID-induced gastric ulcers: proton pump inhibitors (PPI), histamine-2 receptor blockers (H2RB), misoprostol, and sucralfate.

PPIs such as omeprazole (Prilosec®) and lansoprazole (Prevacid®) are the most recommended preventative treatment for NSAID-induced ulcers at this time, with the prophylactic treatment being greater than 90% effective at the lowest FDA approved dose for prevention of both peptic and duodenal ulcers.  The problem with this treatment is the cost of the medication.  Many of the PPIs are now over the counter (OTC), and they cost about $20 to $40 for a 30 day supply.  Some insurance companies will cover the prescription version medication, but it varies significantly in coverage, cost, and copay.  The OTC option may be favorable for some patients, and there are some prescription-only options available.

Misoprostol (Cytotec®) is a synthetic prostaglandin E1 analog, which is another prophylactic treatment for NSAID-induced ulcers.  It is about 84% effective at the lowest FDA approved dose (200mcg by mouth twice a day or 100mcg four times daily), and greater than 90% effective at the highest dose (200mcg by mouth four times a day).  The problem with this medication is the side effects.  This drug can cause spontaneous abortion and birth defects so it is not recommended for use in female patients of child bearing years (a black box warning on the medication), and can cause diarrhea and cramps severe enough to cause non-compliance. If the patient is well informed and wants to take the medication, there is also a combination medication available called Arthrotec®, which is a combination of diclofenac sodium (NSAID) and misoprostol.  It comes in 2 strengths of diclofenac (50mg and 75mg) with 200mcg of misoprostol, and it is indicated for rheumatoid arthritis and osteoarthritis.  The problem here is that the drug can only be taken up to 3 times a day, so there is no way to get up to the most preventative dose of misoprostol to approach the best GI protection afforded by misoprostol 800mcg in 24 hours.

H2RBs such as Ranitidine (Zantac®) and Cimetidine (Tagamet®) are only effective against duodenal ulcers, although Nizatidine (Axid®) has shown some promise for peptic ulcers in high risk patients.  This drug class does not generally protect against peptic ulcers, so it is not as effective for prevention at the regular dose. Doubling the dose can be preventative against both ulcers though, and it may be an option for patients who cannot tolerate PPIs.  This class of drugs can also be costly, similar to the PPIs.

Sucralfate (Carafate®) is a protective agent that coats the ulcers like a band-aid and this agent has some benefit in prevention of NSAID-induced duodenal ulcers.

Since protection against both types of ulcers is the main goal, H2RBs and sucralfate are not recommended for prevention of NSAID-induced ulcers.

There are some other agents and preventative measures that can be noted.  Enteric coating on NSAIDs may help with reducing peptic and duodenal discomfort, but it does not decrease risks associated with ulcer complications. Antacids like calcium carbonate (Tums®) unfortunately do not help with prevention of ulcers, although taking them may help with indigestion.  In fact, GI upset is not necessarily indicative of an ulcer, and lack of GI discomfort doesn’t mean there is not an ulcer.

The take home points of this article are as follows:

Biosketch:  Natsuki Kubotera (Suki) is a Pharm.D. Intern at
Albany College of Pharmacy & Health Sciences, PY4.
She has a bachelor’s degree in psychology with a minor in French from SUNY Oswego.
When she is not practicing for her pharmacy career, Suki enjoys
rock climbing, traveling, hiking, and eating delicious cupcakes.

2 thoughts on “Preventing GI Ulcers during NSAID Use”