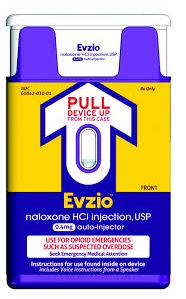 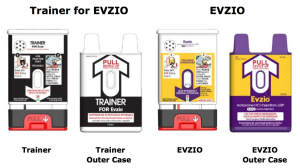 Recently there has been much hype surrounding the so-called “opioid epidemic”.  Politicians are sounding the alarm and declaring a State of Emergency.  In one sense the tangible risks are very real, as clearly there has been an upsurge in heroin and prescription drug overdoses.  This unfortunately has been leveraged as a bully pulpit to exploit personal agendas by politicians seeking fame as “get tough on drugs” propagandists.  In another sense, many legitimate pain suffers have lost access to much needed medication which largely has been ignored by politicians.  Unfortunately, the day-to-day struggles of these individuals (and their families) to achieve even a marginal quality of life are buried beneath an avalanche of commentary that stigmatizes and marginalizes them, as seen at a previous blog post with close to 150 patient stories, Patients Share Humanistic Side of Living in Pain amid Lawmaker Opioid Hysteria.

In response to the epidemic and the need for quick reversal of opioid toxicity, Kaléo Pharma has developed Evzio, a naloxone (Narcan) auto-injector. According to Kaléo’s website, they are a pharmaceutical company focusing on the repackaging and manufacturing of current pharmaceutical and medical products with the consumer in mind. As such, naloxone is not a new pharmaceutical drug; rather,  it is the preparation of naloxone in this convenient delivery system that is novel  to the market.

Evzio is a delivery system containing naloxone, a mu-receptor antagonist, packaged as an auto-injector much like an EpiPen. While EpiPen is designed to deliver a controlled amount of epinephrine to halt anaphylaxis, Evzio is designed to deliver a standard amount of naloxone (0.4mg/0.4mL ) as a single dose, single use injection. Each box contains two injectors and the manufacturer recommends that a second dose may be given after 2-3 minutes if symptoms of lethargy and respiratory depression have not improved. It is important to immediately call for emergency assistance (911) following the first dose of Evzio even if the patient improves, as the half-life of naloxone is very short and treatment may require a continuous naloxone infusion with close monitoring. While the patient may appear improved, he/she may return to an emergent state of listlessness if advanced medical services are not sought.  Evzio is designed to be administered in the outer part of the thigh, through clothing if necessary.

A significant difference between Evzio and the EpiPen is the additional technology accompanying the device. When Evzio is activated, by removing the device from the outer casing, an automated voice begins talking the user through the injection process, similar to the automated directions users encounter when opening an automated external defibrillator (AED) device. This creative approach by Kaléo could hopefully reduce potential for user error by an otherwise illiterate caregiver, persons that are unable to read English (only available in English for now), or even a young child, to administer the lifesaving drug. The system is also accompanied with visual instructions for those who are hearing impaired, or in a situation where the electronic voice system fails. Of note, prior to injection, it is important to examine the naloxone solution through a small window viewer to ensure the solution is clear and devoid of any particulates. Should the solution be cloudy or contain particles, the device should not be used.

Signs and symptoms of a possible opioid overdose that could benefit from Evzio include, but are not limited to, respiratory depression, excessive sedation with inability to arouse the patient with a firm shake, pinpoint pupils, bradycardia and/or hypotension. In the event a patient overdoses on a partial agonist or a mixed agonist/antagonist such as buprenorphine (Suboxone®, Sebutex®) it is important to note that reversal of respiratory depression may not occur, and higher continuous infusion doses of naloxone may be required for complete reversal. An overdose of buprenorphine, for example, presents a much more difficult situation as buprenorphine’s affinity for the receptor is greater than naloxone. The pharmacological rationale for this is discussed in another earlier post at Bupes, and Subs, and Surgery, Oh My.

As with any naloxone administration, acute withdrawal syndrome can result with the abrupt reversal of opioid activity in a person who is physically dependent on opioids which may include, but is not limited to, symptoms such as tachycardia, abdominal cramps, hypertension, piloerection, nausea/vomiting, and sweating. Kaléo includes the following warning of adverse drug reactions seen with opioid reversal in postoperative patients: hypo or hypertension, ventricular tachycardia and/or fibrillations, dyspnea, pulmonary edema and cardiac arrest.

So what are the implications of this new drug delivery system in light of the well documented rise in heroin and other opioid use? Should Evzio be provided as a mandatory order set accompanying every patient newly prescribed opioids or those at an elevated risk of opioid overdose? As many patients use opioids safely and effectively every day, providing this device routinely without assessing risk is probably cost prohibitive.  But, for chronic pain patients, particularly those who are prone to unintentional duplicative doses (due to poor memory, such as our geriatric populations), or others that have elevated risks for opioid therapy, this device should help to mitigate unintentional overdose if the subject is caught in time to reverse respiratory depression. In an effort to address the heroin epidemic currently plaguing Massachusetts, the Governor has begun to formulate legislation that will allow for standing orders in community pharmacies to purchase these devices without a prescription. This could provide a useful lifesaving tool to concerned family members of addicts struggling with their addiction.

No part of this blog or video was sponsored, reviewed, or supported by Kaléo Pharma or affiliates, or any of the colleges listed.

This blog was developed by Erica Wegrzyn, B.S., B.A.  She is a Pharm.D. Candidate at the Western New England University College of Pharmacy, Springfield MA.  It was revised and edited for final posting by Dr. Jeffrey Fudin.  Prior to attending WNEU College of Pharmacy Ms. Wegrzyn received her bachelors’ degrees in Biochemistry and Music (trombone) from Ithaca College. Having taken a recent interest in pain management, she is excited to begin the process of applying for PGY1 residencies. Ms. Wegrzyn was also thrilled to return to the Albany area for APPE rotations where she is a volunteer firefighter with Selkirk fire district and also volunteers with “Out of the Pits” pitbull rescue. Ms. Wegrzyn is pictured here with her therapy certified and Selkirk resident fire dog, Blue.