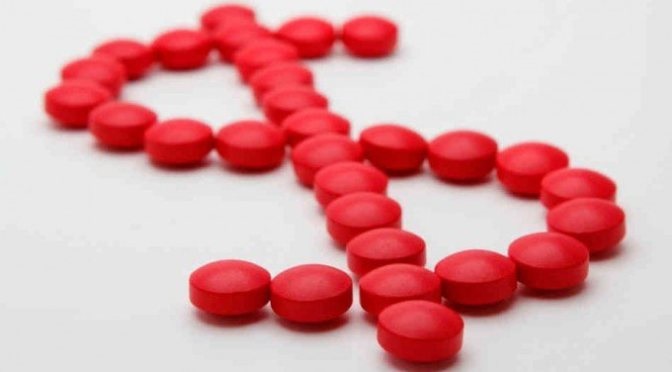 Pending publication in Pharmacy Times Online is the following, hyperlink to come…

In the recent New England Journal of Medicine publication, The Rising Price of Naloxone — Risks to Efforts to Stem Overdose Deaths, R. Gupta and colleagues addressed issues surrounding naloxone access, with a focus on rising costs.1  All points reviewed were spot on, but there are several issues I believe were omitted unintentionally.

According to the NEJM authors, the number of naloxone prescriptions distributed or dispensed from pharmacies has not increased despite valiant efforts from public health officials on many fronts.  This is quite disheartening, and as the authors accurately point out, the risk for opioid-induced respiratory depression and associated morbidity and mortality need consideration in patients that receive chronic opioid therapy from a legitimate source for chronic pain syndromes that require such therapy.

The [lack] of prescriptions for in-home naloxone cited squarely fits with a recent survey presented by our group this month Community Pharmacy Survey; Naloxone Education, Access, and Distribution.2 We surveyed 147 community pharmacies in a tri-county Upstate New York area, an example of where pharmacists can dispense naloxone by collaborative arrangement with a standing physician order. Of the 146 pharmacies contacted, 93 agreed to participate. Out of 93 participants, 62% of pharmacists had collaborative prescribing relationships in place, but notwithstanding 71% had no naloxone in stock when contacted.  Common reported reasons for not stocking naloxone were high cost for slow moving inventory and low demand as determined by the reported 96% receiving no single naloxone prescription during the week of and preceding the survey, irrespective of the pharmacists’ authority to initiate a prescription by standing order.

Considering the duality that pharmacists have struggled with for decades of providing professional therapeutics expertise and a product, there could be a questionable conflict of interest, but most are not in private pharmacies now, and it really is no different than a physician group ordering more imaging reports to pay for new office equipment – in fact, that is far worse in my mind.

In part because of this duality, Remitigate LLC created a software platform that is compatible with any EMR or Pharmacy platform, called Naloxotel.  In a few short clicks of a mouse, this creates a very comprehensive progress note and optional prior authorization for third party payers.  It summarizes a validated percent risk of opioid-induced respiratory depression (OIRD) for those prescribed opioids with other medications, considers disease states, and drug interactions, and calculates the percent risk of OIRD that can also be used as a patient and caregiver counseling tool.

To further expand naloxone accessibility, naloxone carrying Samaritans that might offer a life-saving opportunities of opioid reversal, Remitigate recently developed NOverdose, which will be available as open access following beta testing and funding. The idea is that through public service announcements, families with relatives or friends that have an opioid abuse disorder or that are legitimately receiving opioids, download the open access app, whether or not they themselves carry naloxone.  If a significant other or a patient themselves (which does occasionally happen) press the panic button, 911 receives a text with GPS location, all naloxone carriers that have the “opt in button” activated that are within with 10 mins receive a text, and so does a preselected group of friends – a chat box opens with the two closest Samaritan responders) so the person with victim see arrival times of all persons notified that are approaching the scene. This could go a long way to save lives.

As outlined by the NEJM authors, rising costs of naloxone is a large factor, but it is very far from the only dynamic.  For example, many states have mandated that Medicaid pay for naloxone, but they have not precluded these agencies and private third party payers from putting up barriers by requiring prior authorizations.  Also, most insurance companies including government agencies are requiring the less expensive make-shift naloxone kits.  These kits lack usability studies, are more difficult to manipulate, require significant dexterity, have a higher chance of error by the caregiver, and require substantial training by the dispensing pharmacist. Also, billing for these make-shift kits can be a challenge for the pharmacy because there are several items including the syringes, needle, and the leur-lock atomizers; some companies won’t pay, some require three prescriptions, and others consider it a compounded single prescription.  And while it is true that several thousand opioid overdoses have been reversed by intranasal administered naloxone with these kits over a 20 year span, we have no idea of how many failures there were due to flawed administration, reduced blood levels due to unpredictable intranasal absorption in patients with a deviated septum, epistaxis, or sinusitis, and the like.

It is easy to see therefore that legislation around naloxone distribution within a capitalistic society is not just about the costs of the products, although admittedly that does play a large role in the fallout as outlined above.  Another issue with the inexpensive off-label product is that the blood concentrations achieved may be inadequate to address overdoses from potent illegal opioids such as carfentanil which require higher blood concentrations and repeated doses until the patient can be hospitalized with a naloxone intravenous drip.

Lastly, we need to look at the economics that are driving the increased naloxone prices because this is not a simple equation of supply and demand. Payer consolidation nationwide is motivating pharmaceutical manufacturers and pharmacy benefits management (PBM) organizations to pit one manufacturer against another providing incentive for price increases that influence pharma companies to provide “kickbacks” in the form of rebates to PBMs in order to gain favor and safeguard medication access. Considering that the largest PBMs are owned by insurance companies and large chain pharmacies, there is a clear conflict of interest that is far more vituperative than the presumed price-gouging for which the NEMJ authors condemn naloxone manufacturers.