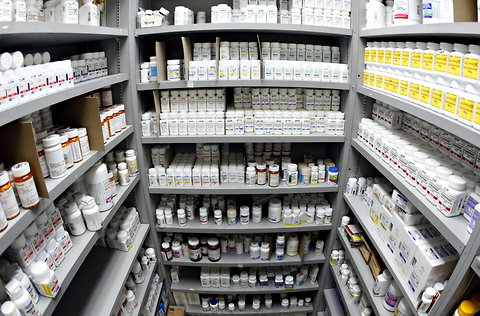 Often times when seeing patients I hear similar concerns regarding initiation of “pain medication”.  Some of these concerns are appropriate, some legitimate, some are not legitimate, and some are simply a quest to box the prescriber into a prescribing what the patient thinks is best.

Here are the concerns, statements, or questions most often heard.

To quell some of these issues, here are the facts.

Almost no analgesics (pain medicines) will fry the liver in FDA approved doses.  The only analgesic that is likely to “fry the liver”, is acetaminophen (Tylenol®) and that is only if it is used chronically in doses exceeding 3-4 grams per day, and generally only if there is another underlying risk to the liver.  For example, if a patient has compromised hepatic (liver) function because of hepatitis-C, chronic alcoholism, binge drinking, or other disorder, or if the patient is receiving other medications that increase the risk of hepatic dysfunction, it is more plausible that acetaminophen could cause a problem.  If a patient uses acetaminophen 3-4 grams daily for 15 years or more, there is an increased likelihood of kidney dysfunction because of interstitial nephritis.  But generally, mild doses of chronic acetaminophen are fine.

Speaking of kidneys, the medication far more likely to “fry” the kidneys, are chronic use of non-steroidal anti-inflammatories (NSAIDs).  This is because of their effect on angiotensin and the resultant hemodynamics within the kidney, by inhibiting the counteracting effects of angiotensin II on efferent arterioles.  The risk of kidney toxicity is far greater in diabetics, elderly patients with decreased glomerular filtration, and/or concomitant use of “water pills” (diuretics), and/or angiotensin co-enzyme inhibitors (ACEIs).

NSAIDs do have a risk of bleeding, especially in patients with a previous history of bleeding ulcer, but, if the bleeding ulcer was determined to have been the result of H. Pylori which was successfully treated with antibiotics, an increased risk beyond the generalized bleeding risks from NSAIDs alone is questionable.  But remember this, if a patient is on once daily aspirin, antidepressants affecting serotonin, and/or blood thinners such as warfarin, the bleeding risks are enhanced.  Other factors increasing risk of bleed are cigarette smoking, age, and alcohol.

What if the patient takes a COX-2 (cyclooxygenase-2) specific drug such as celecoxib (Celebrex®), does that decrease risk of bleeding or kidney dysfunction?  Good questions.  The simple answer is that COX-2 specificity is the best and worst thing about COX-2 selective drugs. A table outlining relative COX-2 specificity is available on this website.  COX-2 specificity does decrease bleeding risk, but in a negative feedback loop, prostacyclin is involved that cuases just the opposite to maintain homeostasis.  That is, there is an increased risk of clotting with COX-2 specific anti-inflammatories.  COX-2 specific drugs as just as or even more likely to cause kidney dysfunction as the traditional NSAIDs in patients who are at risk.  The specifics of this and the history of the newly developed COX-2 class will be discussed in an upcoming [heated] blog.

Suffice it to say for now, that NSAIDs of any sort are not without risk, but they work far better for inflammatory pain than any other medications, except perhaps for steroids.  For the patient, know that opioids are not too useful alone for treating inflammatory arthritic pain.  Some have more or less gastrointestinal upset, which by the way is not predictive of gastrointestinal ulcer.  Some patients present to the Emergency Room with profuse GI bleed that had no warning signs such as pain.  Others have extensive GI upset, and upon scoping, no ulcers are present at all.

Please don’t tell me you want hydrocodone because you heard that oxycodone is addicting.  Give me a break!  All of the opioids are potentially addicting.  Oxycodone by mouth or fentanyl patches transdermally is not any more or less addicting than oxycodone, unless of course you are crushing and snorting the oxycodone.  In that case, you shouldn’t have any opioid.  Hydrocodone products in this country all come with acetaminophen (see the first full paragraph above).  A subsequent blog will discuss the differences between addiction, physical dependence, and tolerance.  These three terms are all very different and for now let’s just say that using chronic opioid therapy does not make you an opioid [narcotic] addict.  To say that all opioid users are narcotic addicts is like saying all SSRI users are antidepressant addicts and all cardiac patients on adrenergic blockers are beta blocker addicts.  I promise to clarify this in an upcoming blog.

The take home messages for today are:

Healthy living to all, and as always, comments are welcome!