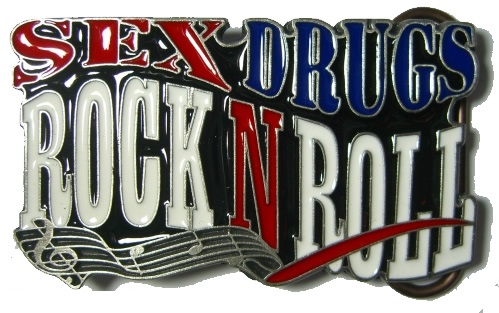 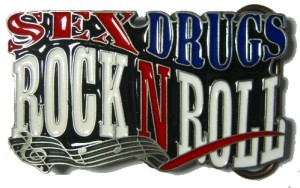 Although a focus of pain management is to improve functionality and quality of life, and choice of regimens can be “gray”, side effects from medications are more predictably printed in black and white.  The discussion of sexual dysfunction associated with medications used for pain management is often cast aside because of discussion comfort levels among patients and clinicians.  It is however an important topic.  As promised, this is Part 2 of our original post, Chronic Pain, Sex, Passion, and Shades of Grey.

Antidepressant use has become a mainstay for treatment for neuropathic, and more recently even generalized pain. Sexual side effects have emerged as a growing concern among patients prescribed antidepressants. The incidence of sexual side effect, however, is difficult to estimate because the cause of sexual dysfunction can be associated with the disease state, interpersonal difficulties and medications. Few quality studies have focused on the nature of antidepressant associated sexual dysfunction, however there are some proposed mechanisms and remedies. Understanding the reason behind dysfunction is important as decreased libido, erectile dysfunction and delayed or absent orgasm may lead to poor adherence and ultimately poor therapy outcomes.

Multiple pharmacological mechanisms have been proposed and are neurotransmitter-specific based. Serotonin, norepinephrine, dopamine, prolactin and nitric oxide are all substances that have been studied as probable causes for sexual dysfunction due to antidepressant use.

The following are proposed ways to manage sexual dysfunction.

It is important for patients to be reassured that sexual dysfunction is generally reversible when the medication is discontinued.  One strategy for dysfunction is to wait for tolerance to develop or lowering the dose, however symptoms do not always resolve. For this reason, this article will explain how to select antidepressants that are less likely to cause sexual dysfunction, or augment therapy if switching is not a therapeutic option.

Evidence linking serotonin to sexual response is difficult because there are no agents which are exclusively selective to serotonin. Animal studies, however, have demonstrated there are different roles between different serotonin receptors. It has been proposed that 5-HT1a receptors facilitate sexual behaviors, whereas 5-HT2c/1b inhibits sexual behaviors. Based on this mechanism, one proposed regimen to combat sexual dysfunction is to augment therapy with an antidote.

Dopamine neurotransmission has been directly associated with sexual arousal. This has been evident by increased libido in patients receiving L-dopa for Parkinson’s Disease. Commonly used antidepressants regulate dopamine to different effects which offers an explanation as to why some antidepressants cause more sexual dysfunction than others.Switch to a different antidepressant: Paroxetine has a strong affinity for serotonin receptors and very limited effect on dopamine. Several other specific serotonin reuptake inhibitors (SSRIs) cause small amounts of dopamine reuptake inhibition. This elevation of dopamine can lead to increased sexual arousal. For this reason, consider avoiding use of paroxetine in patients affected by or concerned with sexual dysfunction.

Treatment of sexual dysfunction associated with antidepressants is an important issue but still lacks strong evidence. In order to increase quality of life and adherence in these patients, sexual side effects should be assessed and addressed.

There has long been evidence associating anticonvulsant agents and sexual dysfunction in both men and women.  Most documentation has been reported in patients with epilepsy, a population who are likely the commonest users of these agents to control their disorder.  However, anticonvulsants are also frequently used in patients suffering from chronic neuropathic pain since they exhibit pain relief properties by varying pharmacological mechanisms.  Although it is not known exactly how these agents help reduce neuropathic pain, it is suggested they do so mainly by blocking pain signals from the body’s central nervous system.  Most studies relating anti-convulsants with sexual dysfunction are with the older agents, such as phenytoin, phenobarbital, carbamazepine, and valproic acid.  These agents have been shown to decrease libido, caase anorgasmia, and a decrease in testosterone levels (testosterone is linked to sexual drive in both men and women).  They even have been associated with sperm abnormalities in men.  These agents are also what are known as ‘hepatic-enzyme inducers’ through Phase I (CYP 450) metabolism, which stimulates the production of sex-hormone binding globulin (SHBG), a glycoprotein that binds to sex hormones and inhibits their ability to function.   An increase in SHBG therefore decreases the amount of free testosterone, a side effect of these older agents.

So what options are available for those patients concerned with these side effects?  Newer agents, such as lamotrigine, gabapentin, pregabalin, and levetiracetam do not undergo Phase I metabolism.  These agents have had little to no association with the sexual dysfunction side effects as compared to the older agents. In fact, there have been some reports of priapism from both gabapentin and pregabalin, so caustion needs to be exhibited here, as this is considered a medical emergency.  For patients who require continued use of anticonvulsant agents for neuropathic pain, the newer agents could serve as appropriate alternatives and patients may opt to speak with their providers if sexual dysfunction is a concern.

Chronic use of opioids and their effects on the hypothalamic-pituitary-gonadal axis (HPGA) and endocrine function has been well established and published over the years.  Some specific symptoms from these hormonal effects consist of decreased libido and activity, erectile dysfunction, small or shrinking testes, decreased sperm count (leading to possible infertility), and hot flashes. Other less specific symptoms include decreased energy/motivation/initiative/self-confidence, depressed mood, poor concentration and memory, and diminished physical performance. As a result of these hormonal side effects from long-term opioid therapy, quality of life may be diminished for a patient living with a chronic pain syndrome.

As outlined in a previous PainDr.com blog, Opioid-Induced Androgen Deficiency (OPIAD), the HPGA is a sophisticated biochemical system that regulates the release of sex hormones through an endogenous negative feedback mechanism originating from the hypothalamus.  Figure 1 illustrates the effects of opioids on the HPGA inhibiting the release of gonadotropin-hormone releasing hormone (GnRH), luteinizing hormone (LH) and follicle stimulating hormone (FSH),plus testosterone and estrogen.  The management OPIAD may include:

Figure 1:  Effects of opioids on the endocrine system 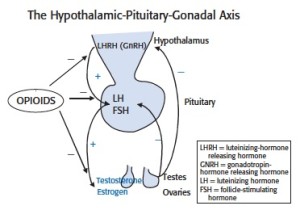 Male patients who complain of pain to the point where it is debilitating and are “unable to function”, often are co-prescribed sildenafil citrate (Viagara®).  It also is important to obtain testosterone levels and replace if necessary, because low testosterone also places male patients at risk of osteoporosis which generally is not tested routinely in males.  But, resultant decreased bone density in this population because of low “T” presents the inherent risk of bone fractures.  Considering that one may be using chronic opioid therapy for failed back syndrome, spinal fractures could be extremely debilitating.

So there you have it.  At least three major drug classes commonly used to treat various pain syndromes can clearly affect sexual function.  This coupled with pain itself, exhaustion, and mood can all have a negative impact a patient’s well-being, self-worth, and overall life pleasure.  It is for all of these reasons that we encourage first and foremost, an educated clinician and patient.  Also, patients with chronic pain should consider healthy life style choices, exercise, alternative medications if appropriate, couples counseling, and most of all a positive outlook and hope.

As always, comments and discussions are enthusiastically welcomed.

Thien Cong Pham, B.S., Pharm.D. is a PGY2 Pain & Palliative Care Pharmacy Resident at the Stratton VA Medical Center in Albany, NY.  A Navy Veteran, Dr. Pham completed a PGY1 Pharmacy Practice Residency at Veterans Affairs Medical Center in Palo Alto, CA.  Prior to receiving his Doctor of Pharmacy at Touro University California in Vallejo, CA, he received his Bachelors Degree in Biochemistry with a Medical Sciences emphasis from the University of California Riverside and Associate of Science from Riverside City College in Riverside, CA.

Erika Prouty, BS Bio, BS Environmental Sci. is a Student Pharmacist studying with the Western New England University, College of Pharmacy, Class of 2015. She is currently part of the Mini-Residency program at the Stratton VA Medical Center in Albany, NY; a program designed to mimic the longitudinal and clinical aspects anticipated as a PGY1 Pharmacy Resident. In 2011, she received her Bachelors in Biology and Bachelors of Environmental Science from Westfield State University. In 2008, she received her Associates in Liberal Arts and General Studies from Springfield Technical Community College. Erika likes walks on the beach and traveling to other countries.

The content herein is the opinion of the authors and was not prepared as part of their government duties, nor was this reviewed or approved by any government agency.