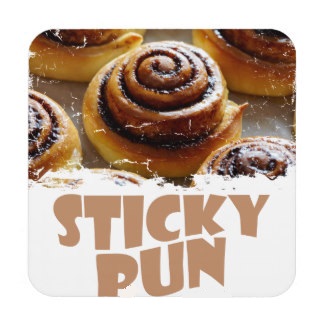 Dr. Mortimer Fein joins me today in a treacly duet about opioids while we’re still both mobile enough to dance (and sing) around these sticky issues.

I’m gonna stick like glue, yay yay because “I’m stuck on you.” (gyrate hips as needed).

Elvis’ first hit single of the 1960’s released soon after he got out of the army was his 13th number one hit single at the time. A bouncy little ditty, it knocked Theme from a Summer Place by Percy Faith out of the number one spot.

In 1984, Lionel Richie sang, “I’m stuck on you, I’ve got this feeling deep down in my soul that I just can’t lose.” It reached number 3 on the charts.

Being stuck has been a romantic notion in song – at least until the opiophobes got ahold of it and have been using it in their newest rhetoric arising from a recent study linking the duration of one’s initial opioid prescription to the likelihood of remaining treated on long-term opioid therapy – indeed when given a 10 day prescription 1/5 people will remain treated with opioids at one year. This rate is higher than for people who receive a shorter duration initial prescription. These data arise from looking at insurance claims and have almost no actual clinical information about the care of these individual patients though that doesn’t stop some from making proclamations about them as a group.

In a completely unbalanced report seen this morning on NBC’s Today Show advertising an upcoming documentary about the opioid epidemic, this statistic was reported as the likelihood that someone will become “stuck on opioids” without even the remotest attempt to suggest that some of those folks will legitimately require longer-term opioid therapy at one year, nor was there any suggestion that in all likelihood most of these patients are anything other than addicted. Requiring opioids for one year or more DOES NOT equate to addiction.  We sure would like to see the alternative peer review literature that supports that! The language is not subtle and people who use it do not even begin to entertain a single thought about how and why this might happen other than owing to the addictive power of opioid medication.

So there you have it…a 10 day exposure leads to addiction for 20% of people exposed. A statement which is, of course, ludicrous and disproven nationally on a daily basis.

Instead of turning this new finding into a caricature, or worse, enshrining it into law and policy, it is something that deserves a whole lot of thought and understanding because of what it says about how we monitor people when they initiate opioid therapy, or as they potentially move from acute to chronic pain, or whether clinicians know how to structure and monitor therapy when they started it as an acute measure but it might be moving toward something that will be ongoing. This latter point is important, because it is never too late to put in place the goal setting, education, structure, monitoring and additional safeguards and therapies that are needed in long term opioid therapy even if the physician and patient backed into it unexpectedly. 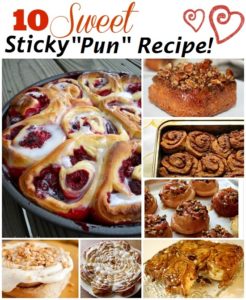 So with all this talk about top 10 hits, what are the Top 10 alternatives to the interpretation of these data other than that people are addicted because they remain STUCK ON OPIOIDS at a year:

We do wish that every prescriber monitored and assessed their patients closely and when treating particularly younger people for acute injuries were mindful about carefully understanding the patient’s use of these medications and need for renewals. Such renewals should never be granted without careful thought and consideration. We don’t want to live in a world in which severe acute injuries go untreated but we also need to know if a person starts developing aberrant behaviors in the aftermath of these injuries, in the face of becoming depressed for example, and not leave them to self-medicate rather than receiving the additional services they might have needed for these problems.

It is simply shocking how the media is no longer even paying lip service to the need for opioid pain treatment. If using scare tactics helped people treated for acute pain and made them mindful of how they are taking their medicines there might be a modicum of good that would come from this rhetoric, but instead this will simply scare people off, lead to immense suffering and rationalize poor pain treatment as we continue our downward slide back to the bad old days.  Kidney stones? Better not risk addiction. Compound fracture? Likewise. And how many with these problems might turn to unmonitored opioid use, borrowing them from friends and family out of desperation, or worse, turning to the ample supply of really scary illicit opioids now on the street. Drug dealers would be happy to fill the void if we don’t.

These findings about initial prescription and duration of therapy should be a wake-up call to the need for clinicians to monitor and be thoughtful about acute and chronic pain treatment. Instead they are being interpreted yet again as a statement of the addictive nature of opioids.

An important component that remains largely ignored is the responsibility of professional colleges to train graduating clinicians adequately and to provide overwhelming opportunities for continuing education in the pain space by experts in the field. Without this, we will likely continue to swirl around the drain of idiocy as we ignore a humanistic approach to treating pain while patients get sucked down a miserable abyss of hopelessness.

Thank you….thank you very much.