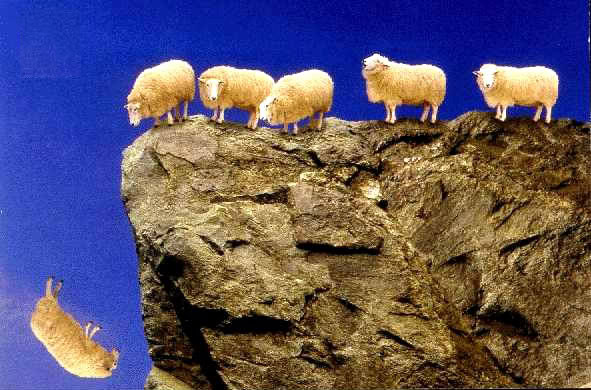 Forrest Gump 1994: “My mama always said life is like a box of chocolates. You never know what you’re gonna get”.

If we’re talking about politicians, aint that the truth!

After writing several blogs calling out Massachusetts Governor Duval Patrick, West Virginia Senator Joe Manchin, Vermont Governor Peter Shumlin, and now Delaware Secretary of State Jeffrey Bullock, it is indeed difficult to comprehend that all of them arrogantly assume the majority of their constituents are ignorant and naïve.

The Online Urban Dictionary defines the title phrase, “Stupid Is As Stupid Does” as “…an intelligent person who does stupid things is still stupid. You are what you do.”  I have to believe that on some level any politician that rises to the level of Governor, Senator, or in this case, Secretary of State has to have some semblance of intelligence.  Why then are Bullock’s quotes fraught with fallacy as outlined below?

Even persons and groups with the most staunch opposition to opioids with any sanity have to see the flaws in this rhetoric, and I’m hopeful they agree that universal precautions for opioid prescribing is vastly more important than singling out any one product.

Just how gullible are Americans? (Maybe that should be the title.) Or maybe, “False fears fraught with fallacy” or perhaps “Politics is like a box of chocolates”.

While some may believe that Abuse Deterrent Technology (ADT) is the answer to all opioid evil, our “leaders” are sauntering off the cliff as sheep, “followers” as they are, one politician after another is pinning a feather in their cap scheming their “get tough on drug campaign” with an assumption that we Americans are idiots.

One June 23, 2014, The Cape Gazette ran a story, State restricts hydrocodone use which is pasted below in blue.  My comments follow in red…

The Delaware Secretary of State has placed emergency regulations on an extended-release drug because it is easy to abuse.
Newsflash:  All opioids are “easy to abuse”, but OxyContin® is currently the only opioid with FDA sanction to be LABELLED as an ADF.

“The use of this new and dangerous narcotic painkiller known as Zohydro must be monitored closely because the abuse of it can be deadly,” Bullock said.
Really?  Abuse of ANY “narcotic painkiller” can be deadly.  It doesn’t matter if you overdose on methadone, hydromorphone, oxycodone, or hydrocodone – you can only die once.

Bullock said he adopted the emergency regulations because of the potential for accidental overdose or intentional abuse or diversion.
Hello?  Such policies should be collaboratively developed with healthcare providers and should not be limited to Zohydro but should apply to all opioids equally.  Do we restrict all explosives from airports or just restrict a select few from carry-on luggage?

I thought I saw it all with the “three stooges” from Massachusetts, Vermont, and West Virginia, but after reading the Cape Gazette, Mr. Bullock gets “Honorable” mention at the very least.

As François de la Rochefoucauld put it, “Passion makes idiots of the cleverest men, and makes the biggest idiots clever”.

23 thoughts on “Stupid Is As Stupid Does”