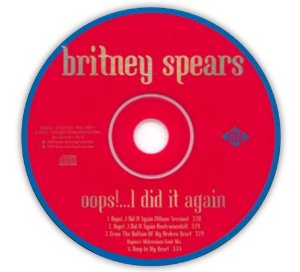 Perhaps because I’m a pharmacist, I am unable to see people’s receptors with my naked eyes. Notwithstanding, I continue to see and hear from some pain colleagues who, it seems, can see them. These folks have a formidable talent that enables them to detect clinical phenomena habitually – an “attribute” that I think I have seen only a handful of times – opioid induced hyperalgesia, it’s cousin, central sensitization, and now opioid overuse pain syndrome or OOPS, an acronym coined in Mehendale et al recent publication [1], that will foster more indignity to patients with chronic pain. In fact, an entire neuromythology[2] has developed – not that these phenomena do not exist; but that people believe they can diagnosis them clinically.

Equally disheartening is the commensurate Oops “Letter to the Editor” by Manchikanti and colleagues.[3] This appeared three days after my initial draft of this blog, which just confirms what I am about to say below. His group goes on to criticize Dr. Russell Portenoy and supports this with what we all know not to be a peer reviewed medical resource, The Wall Street Journal – an earlier blog here nicely castigates that gem of an article.

Let me explain what I think constitutes our phenomenology: when patients come to see us, they are often hurting physically and emotionally. They are, after all, seeking consultation with an expert, perhaps because they have not responded to earlier efforts at the treatment of their pain. They are hurting, stuck, doing poorly, suffering and/or desperate, downtrodden, hopeless and even suicidal. Some perhaps have done well previously on a regimen of medication, interventions, non-medical therapies, diet and exercise, but now they have taken a turn for the worse and nothing seems helpful, including their medications at higher doses. Many are the salt of the earth – hardworking folks injured on the job or elsewhere. Many of them have been suffering for years. No one thought they were malingerers when they were operated upon for the 5th time. No one thought they were lazy good-for- nothings when they had their 3rd or 4th or 5th procedure. But the perception of them seems to change when their opioid regimen is stalling and running out of gas.

Many of us see daily “stuckness” and waning efficacy of treatments that might have seemed promising at initially – this of course is frequently seen several times in a single typical clinic day. We pain clinicians are often in this “stuck” business. Our patients are stuck in terms of pain or function or both. We have been put on this earth to unstuck them. To help them find hope and courage and face their pain, alter or change completely their life plans to accommodate to it, to find the creativity it takes to distract oneself, cope, or simply bear a painful existence.

To insist that treatment proves a cellular level diagnosis is to invent a neuromythology. Now these terms are decidedly nicer than malingerer or good-for-nothing. And while less mean-spirited they are no less damaging in some respects. Not because they aren’t potentially relevant concepts in clinical decision making, but because they are often applied inflexibly and are used as a substitute for clinical decision making.

I have previously written in this blog about how our healthcare system can’t handle the opioid risk mitigation tools or the education, time, and effort necessary to allay the peril of our patients – at least not without massive changes. What our system can do with less of, is practitioners mistakenly thinking they have X-ray vision but are blind to the suffering of the people who come to see them. And unfortunately, the influence of such opaque teachings as seen in Mehendale et al [1] “is problematic because it wastes money, time, and effort, which could be better spent on the development of evidence-based practices.”[2]

Perhaps we can remind ourselves why we are in existence and how desperate patients might perceive us, by extracting certain of the lyrics from Brittany Spears’ rendition of Oops, I did it Again.

Oops!…I did it again to your heart
Got lost in this game, oh baby
Oops!…You think that I’m sent from above
I’m not that innocent

11 thoughts on “The Neuromythology of Persistent Pain: OOPS I Did It Again”