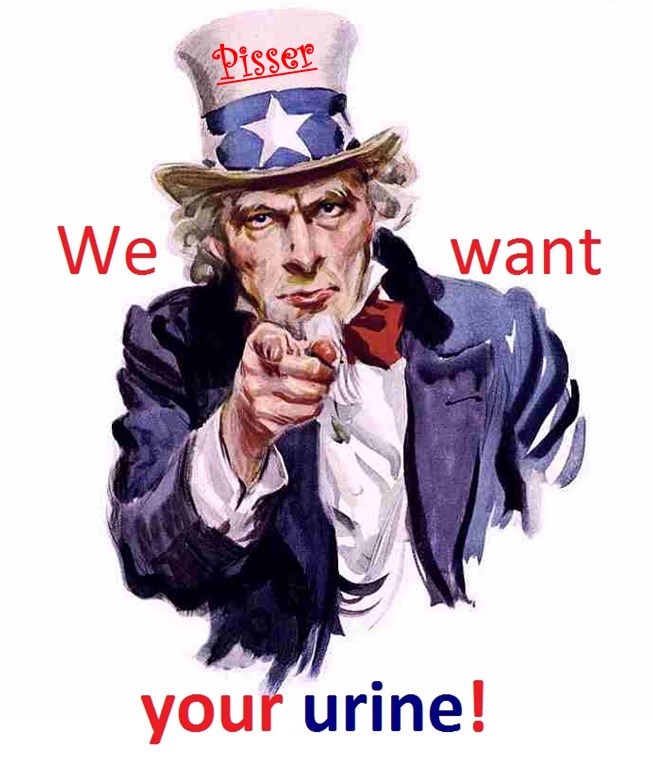 URINE control or YOU’RE in control, THAT IS THE QUESTION!

…or perhaps we should call this, “How to Beat Your Urine Drug Test”

Attention Patient-Dealers and Substance Abusers:  Learn how your doctor analyzes your urine in order to determine whether or not you are taking your medication as prescribed, abusing illegal substances, and/or taking prescription drugs from another source!

Attention Doctors, Nurse Practitioners/Physician Assistants, Pharmacists, and other prescribers: Is disclosing such information a case of the “Emperor has no clothes”?  Not so much when you consider that patients, substance abusers, and providers alike all have access to the information highway we call the World Wide Web.  The important differentiation is that patient-dealers and substance abusers can be knowledgeable and savvy about misleading their provider, but if their provider is more erudite, the latter is supported by science and chemistry.

But who will pay for the tests?

Perhaps the byline should read,
Attention Third-Party Payers: Don’t deny urine tests required by the provider.  It’s a public safety risk, unfair to legitimate patients, a liability to clinicians, and more costly in the long run.  Simply put; it is penny wise and pound foolish.

There are three simple elements to doing the Urine Drug Test (UDT) right:

Adulteration Behavior Checks (ABC) is helpful to discern if a patient has demonstrated aberrant behaviors in an effort to hoodwink their provider regarding drug use/misuse or hide drug metabolites. The specimen can be tested for dilution, substitution, or the use of adulterants.

Specimen Validity Testing (SVT) is helpful to discern if an unexpected UDT result is from a medical condition such as a urinary infection or to changes in a medical condition, the latter of which necessitates further assessment (think Australia…some foreshadowing).

There are many possible scenarios with this first example.

The problem:  OxyContin at the prescribed dose very likely may not come up on a urine enzyme test and the cannabinoids may be a false positive from pantoprazole.

The problem:  Had the clinician ordered the ABC, she would have found that the sample was in fact tampered with by using Visine eye drops to reduce the 9-carboxy-THC level, which upon confirmation showed high levels of cannabinoids.  After quantitative confirmation, this sample tested positive for clonazepam and fentanyl, neither of which are generally picked up on a standard urine enzyme test.

The problem: Specimen Validity Testing (SVT) would have shown in this case that the creatinine, specific gravity, and pH were inconsistent with human life.  Upon further testing, this sample seems to have come from a kangaroo.

So there you have it; four of several possible other scenarios for one example.  Believe me when I tell you that I’ve seen far more egregious issues with various urine tests.

5.  But, imagine another scenario where the patient presents and is acting evasive and doesn’t look “right” to the clinician but she can’t quite put her finger on what’s wrong. The patient has been treated with oxycodone. The patient is asked to provide a specimen and the IA office test result is positive for opiates and negative for illicit drugs. The patient is nevertheless only given a three day’s supply of their medication because the clinician wants to send the specimen to the laboratory for definitive testing via LC-MS/MS.

The third party payers want us all to rely only on this IA result; providing a full month’s worth of oxycodone (the most abused prescription opioid in the US on a per prescription basis) would be ignoring one’s instincts and, as will be seen below, constitute contributing to the further loss of control of this individual and risk the further diversion of substances to the community.

The problem: The laboratory definitive test result is positive for hydrocodone and hydromorphone and cocaine. The patient is asked to come back and discuss these unexpected results. The patient reports using up all of the oxycodone in the early part of the month and then trading a few of the “pills” to barter for a larger number of hydrocodone tablets on the street. The patient also admits to cocaine use at a party nearly 4 nights earlier.

The pain physician then makes the diagnosis of polysubstance abuse and refers the patient to an addiction medicine provider for a consultation.

Summary:
It has come to my attention that many large managed care organizations have selectively excluded certain urine testing such as quantitative confirmations, ABC, and/or SVT.  This sets a very poor precedent, is a public health risk, and a disservice to honest patients.  Moreover, it’s somewhat comical that these very same companies will happily continue to pay for the patient’s OxyContin listed above to the tune of thousands of dollars, but won’t spring for the comparative pennies it cost to do things right.

Should a managed care organization that doesn’t know the patient be making these decisions?

Is it fair to falsely accuse a patient of wrongdoing because their insurer won’t pay for a test?

Should we give patient-dealers and substance abusers the advantage so they can divert drugs to unsuspecting teens?

Does this post help some shady characters better understand these tests and leave us clinicians like the Emperor with no clothes?
Doubtful.

The only ones with their pants down here are the third party providers that are paying for hundreds of thousands in drugs costs, many of which find their way to the streets in part because clinicians don’t have the education, time, energy, or third party payer support to monitor these things.

This is an unfortunate public health risk that is meagerly addressed.

NOTE: Although we welcome questions, several patients have shared stories of various indiscretions whereby they’ve taken more drugs than prescribed or another drug that was not prescribed, and have asked how they can beat the test or if their doctor will be able to tell if they took something they should not have taken. No questions will be answered to help someone trick their medical provider.  Such questions will be deleted. If you have an honest question, it will be answered.

692 thoughts on “URINE control or YOU’RE in control”