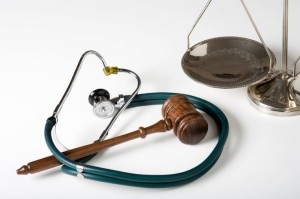 Dr. Lynn Webster presents an important topic today on PainDr.com. For anybody living in the “pain space”, Dr. Webster needs no introduction.  From Salt Lake City, Utah, I am thrilled to introduce this guest blog from such an esteemed clinician!   Here’s what Dr. Webster has to share…

Last summer I testified in a criminal proceeding against a doctor of osteopathy who was charged with involuntary manslaughter in connection with prescribing controlled substances to treat pain. The medical records I reviewed showed that decedents in the case died from various causes that included worsening medical conditions, the abuse of illegal substances and medication use that had neither been prescribed nor approved by the doctor on trial. After review of the medical records involving Daniel Baldi, D.O., I provided my honest opinion by testimony.

Baldi was acquitted, thank goodness. But not before three experts testified against him. When this happens, I wonder why physicians and other government experts are willing to place their credibility on the line in a case where the evidence so clearly weighs against the prosecution.  I have been asked for my opinions on numerous legal cases and estimate that I turn down at least half of the requests. I do this either because I am not the best person to ask or because the evidence is not clear enough to support one side or the other.

Yet expert witnesses are easy to find, leading to the question of whether criteria are stringent enough for selecting them. Further, it raises questions about whether sanctions are tough enough to discourage giving testimony that contradicts the evidence in the case or the scientific literature.

Part of the problem is a legal system that doesn’t differentiate clearly enough between evidence that is sufficient to prove criminal wrongdoing and evidence that is more suited to a civil or administrative case. Criminality, which is spelled out in Title 21 Code of Federal Regulations Part 1306, involves prescribing that falls outside the usual course of professional practice for a legitimate medical purpose. State laws may be even more stringent.

Yet even if the evidence plainly supports that prescribing was in the context of treating a legitimate medical problem – pain – and fell within parameters of federal prescribing law, federal government expert witnesses sometimes testify otherwise. The person may be expressing an opinion, whether based on professional interpretation or a bias born of remuneration or other circumstance. When this happens, the expert has an ethical responsibility to disclose the opinion as just that – an opinion.

The reason this is important is that a judge or jury is easily swayed by a poor or tragic medical outcome, sometimes interpreting the outcome as proof of de facto negligence on the part of the medical practitioner on trial.  But in science we know there are no guaranteed outcomes. Yet prosecution or investigation can lead to changes in behavior by other physicians, simply to avoid being placed in the same situation and even if patients suffer as a consequence.

Government agents and medical experts who misuse their power can lead to bad law, according to Jennifer Bolen, J.D., a former assistant U.S. and founder of the Legal Side of Pain in Knoxville, Tenn.

“You know you are in trouble … when government representatives tell a jury that all people who use pain medication become addicts, that all our client did was make addicts out of these people,” Bolen said in a “Practical Pain Management” Q & A on the case of United States v. Roggow, first published in September 2012.

In that case, the jury made the right decision after reviewing evidence showing the physician on trial did indeed have bona fide physician-patient relationships and excellent documentation to back up her clinical decisions. But the federal government’s case was shaky to begin with, given that it was based on the contention that a high dose of opioids is itself criminal. As Bolen explained, “The level the government thinks triggers the allegation of drug trafficking is a moving target because it depends on who the government’s medical expert witness is.”

Bolen, who writes and lectures frequently about the intersection of medical practice and controlled-substances law, proposes a two-part solution: first, sanctions against government medical experts who engage in questionable ethics or give incorrect testimony, and, second, clearer practice standards from licensing boards to clarify the distinctions between criminal and administrative cases.

Expert witnesses are a necessary part of the system of justice, because medical practice is not an exact science. Legitimate differences of opinion are possible on any given forensic case. Therefore, it is in the public’s best interest that the highest ethical standards are practiced in civil and criminal litigation.

The AAPM standards further list ethical criteria, which include: 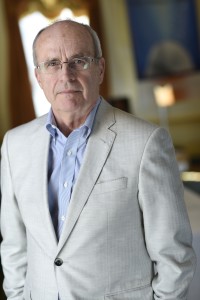 Lynn Webster, MD, is a past president of the American Academy of Pain Medicine and Vice President of Scientific Affairs at PRA Health Sciences. He is the author of a forthcoming book “The Painful Truth.” Visit him online at www.lynnwebstermd.com/blog and follow him on Twitter: @LynnRWebsterMD. He lives in Salt Lake City.

2 thoughts on “What is an Expert Witness?”