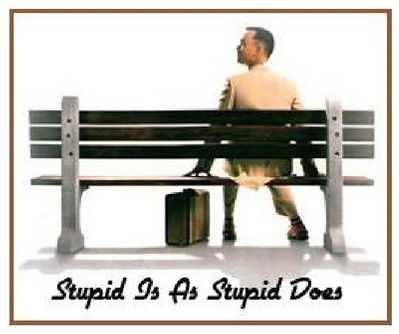 Pain colleague Dr. Jay Joshi recently wrote a blog for National Pain Report entitled What is worse, the Opioid Epidemic or the Stupidity Epidemic?  The title was a grabber for me, and sparked me to highlight his article here and provide some evidence and discussion around the topic. I do encourage you to read his commentary. Here is a snippet of my favorite part…

The Stupidity Epidemic has caused more suicides because of inappropriate pain management than prescription opioid deaths, even from illegitimate patients and illegitimate medical care.  If that figure doesn’t put this epidemic into perspective, I don’t know what will.  Allowing chronic pain patients to suffer because of stereotypes, insurance denials, discrimination, and a fundamental lack of understanding of the complexities of pain is just plain ignorant, inhumane, and anti-American.  Chronic pain is torture and it terrorizes the patient’s brain.  That condition is called central sensitization.

Dr. Joshi went on to say…

Let’s take some of this and put it in real world perspective. I recently received and e-mail from a patient that in part states the following;

“I am emailing you in absolute desperation for advice. After a long 8-year battle with OxyContin, Morphine, and Soma (always the tolerance and having to take more) and due to documented and terrible hip/sciatica pain, I finally freed myself from pill hell and was switched to the Butrans patch, am now at the lowest dose, 5. It takes my pain from an 8 to a 4, which is good enough for me. I have been on it for 5 years and it has worked great. I received a letter from my health insurance today that they will no longer be covering Butrans. At nearly $400 a month (with the $50 discount card), I am terrified. Their recommendation as an alternative is Fentanyl.”

Now seriously, if the government wants to do something to improve safety, they will make the insurance companies pay for more expensive drugs if it can save lives including branded forms of buprenorphine and abuse deterrent opioids.  In the scenario above, buprenorphine in the form of Butrans is unquestionably the better choice. One patch lasts seven days, the prescribed dose is miniscule, buprenorphine has a ceiling effect on CO2 accumulation, and at low doses, if effective, it can afford better analgesia than a full opioid agonist.  That’s not to say that buprenorphine will work for everyone, especially not at such a low dose, but in this case?  My God, the insurance company should be hung out to dry, as fentanyl is clearly more dangerous!!!

Dr. Joshi criticizes certain drugs. For example, he mentions oxycodone, particularly OxyContin, several times as seemingly disproportionately unsafe compared to other opioids (more on this below).

I do admire Dr. Joshi’s account of the stupidly for which he calls out anti-opioid zealots regarding Zohydro ER in his statement, “Before this medication was released on the market in 2014, multiple physicians and media outlets said that it would cause more deaths than heroin and other opiates.  Even some of the major pain societies chastised it.”  This was covered several times on paindr.com blogs, and summarized nicely in Stupid is as Stupid Does. Thank you Dr. Joshi – we are in sync here for certain!

Dr. Joshi goes on to say, “…  We are still seeing prescriptions for “illegitimate” pain management molecules that are less safe, dangerous, and very addictive (here’s looking at you oxycodone, alprazolam, carisoprodol, zolpidem, etc).”

We sure do agree that carisoprodol is a disaster and very addictive compared to other muscle relaxants. In fact, I have blogged about this several times, notably Beware of the “Holy Trinity” and The Perfect Storm: Opioid Risks and “The Holy Trinity”.  I don’t believe though that alprazolam is better or worse than any other benzodiazepine when used in combination with opioids – all benzodiazepines increase the toxicity of opioids. And regarding zolpidem, well that is another issue, but suffice it to say, although it is not a benzodiazepine, it does certainly carry the same or maybe even elevated risks when combined with opioids.

While there is some data that oxycodone is more desirable than hydrocodone1-3, there is limited scientific evidence to prove that oxycodone is actually more addicting compared to other full opioid agonists.  For certain oxycodone and other opioid desirability is affected by genetic predisposition to addiction alone and also to genetic phenotype with regard to cytochrome metabolism and OPMR1 expression (both complex topics for another day). In fact, I’ll take this a step further, as outlined in paindr.com blog Is LA Times an OXY-Moron.  In that post, I point out that various “anti-opioid zealots in the lay press, some propagandists, and politicians who persistently call OxyContin ‘synthetic heroin’ are misinformed. Dr. Joshi is certainly not one of those anti-opioid zealots, as he agrees that patients in need of opioids are being denied adequate care.  But the lay press is an altogether different animal.  The truth is that the opioid antidote naloxone is almost identical to oxymorphone in chemical structure – now there’s a case of one being a synthetic derivative of the other as seen in Breaking Bad 2.0: Is it possible to synthesize Oxycodone from Naloxone?.

In trying to understand Dr. Joshi’s disfavor for oxycodone, we had a personal chat. His feeling is that “oxycodone has a greater risk for opioid-induced hyperalgesia (OIH) compared to other opioids” in part based on his experience with a ketamine infusion program as it relates to OIH and central sensitization. Notwithstanding, there are no studies that specifically delineate oxycodone to have a higher risk of OIH, and in the minds of some, the jury is still out the importance of, and perhaps even the existence of OIH as nicely outlined by Eisenberg and colleagues two years ago.5

I don’t share quite the distaste for oxycodone, as response and desirability is patient specific and depends on careful individualized patient selection and close follow-up.  Each full opioid agonist has unique attributes and pitfalls, all of which need to be assessed prior to prescribing any opioids. Where they fall chemically can be seen here on paindr.com. Notwithstanding, Zedler and colleagues did show an elevated risk for oxycodone immediate release tablets and an additional risk for extended release opioids, including but not limited to oxycodone ER does exist.1

But interestingly, when looking at overall risk for opioid-induced respiratory depression, it is also clear that taking benzodiazepines or antidepressants with opioids carry a higher risk than morphine daily equivalents doses above 100mg per day, something that many anti-opioid zealots, politicians, insurance companies, and PROPagandists hang their hat on far too often.

6 thoughts on “What is worse, the Opioid Epidemic or the Stupidity Epidemic?”