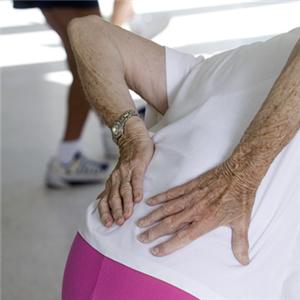 What a drag it is getting old. And with friends like Peter Eisler and USA Today, it certainly, as Bette Davis said, “ain’t for sissies.”  Suffer in pain or become a zombie – out of the frying pan and into the fire.

In what has virtually become a prototype for how to write an article on painKILLERS, start with a sampling of people who have had a bad experience, bemoan the over-prescribing of NARCOTICS, mischaracterize the definition and risk of addiction, extrapolate to everyone in the country and their likely experience and then call for the complete elimination of opioid therapy, in this case for older people. Thank you, Mr. Eisler for setting back the quality of life of older Americans a quarter of a century in one fell swoop. Thanks for scaring them into thinking they will all be turned into ZOMBIES (Opioid induced cognitive symptoms aren’t treatable are they?) Better to leave old folks in untreated pain and have them contemplate suicide. Or give them acetaminophen or NSAIDs until their liver and kidneys fail, or they bleed out before making it to the emergency room – what are you thinking?  Oh, that’s right, you’re not!

For anyone that knows better, click on the link, watch the video, but first take an antiemetic.

We also eat a lot of bacon in this country. Between the fat and sodium it isn’t risk free for the elderly and many shouldn’t eat it but love it so much they just won’t stop.  And anyway, it improves their quality of life momentarily even if it does constitute use despite harm in the long run. LET’S BAN BACON before old folks turn into edematous PORCINE ZOMBIES.

Mr. Eisler couldn’t find one of the hundreds of thousands of older people who use these medicines to their betterment and who couldn’t function without them? He didn’t bother to interview them – nothing very sexy about a little old lady taking hydrocodone and dancing at her grand-daughter’s bat mitzvah or participating in her grandson’s communion, or playing Mah Jongg. 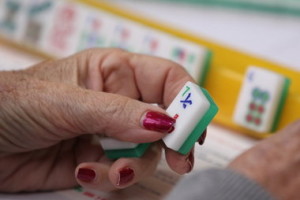 This article is particularly noxious because older people are so fearful of addiction, are more likely to confuse dependence, tolerance and side effects with addiction and are particularly likely to suffer rather than take their medications. Yet they have the lowest risk of developing actual addiction as a group.

Now none of this is to say that polypharmacy and the offering of drug only therapy isn’t a problem in the pain and symptom management of older people. In a particularly ageist aspect of our healthcare system, older people are probably offered non-drug, psychotherapeutic and alternative treatments for pain at a FAR lower rate than younger people. And with lower gastrointestinal acid production, aging kidneys and livers they are particularly vulnerable to the side effects of their medicines. Many will have med-lists as long as their arms. Their providers are so swamped, seeing so many people per day that they don’t have the time to go through the list and weed out the meds that interact (if they could even sort it all out), that have outlived their usefulness and/or may have become contra-indicated due to the piling up of medical co-morbidities as people age. Doctors need more time. They need better reimbursement for the cognitive exercise of weeding out a med list.  Clinical Pharmacists need to be incorporated more frequently into clinic practices (see this recent link containing several supportive letters from NYS doctors working with pharmacists onsite in pain clinics), and Congress needs to expedite Pharmacist Provider Status so that Pharmacy Clinicians are paid for their 10 plus years of specialty training including their earned doctorate.  Physicians and physician extenders need more education about pharmacogenetic testing/interpretation, drug monitoring, pain treatment, opioid rotation, side effect management, risk assessment, risk stratification and a million other topics or they need to incorporate those with this important expertise into their practices, but the practices need to be compensated for these skills and the time commitment. In response to all of this, USA TODAY AND PETER EISLER THINK THE ANSWER IS GET RID OF THE NARCOTICS.  PERIOD.  PROBLEM SOLVED. SORRY GRANNY.

Dr. Mel Pohl appears in the video. God love Dr. Pohl. His Las Vegas Recovery has helped hundreds, if not thousands, of people suffering with pain and addiction to get off of opioids, find recovery, work and maintain recovery and find other ways that are less risky for them to manage their pain. His treatment center is a shelter in the storm for so many. And he is correct to point out that we don’t know the rates of long term efficacy of opioids for older people and which subsets of them are likely to do best.   But in the usual blind man and elephant reasoning, he extrapolates from the population he sees to the entirety of the population of older adults with pain (a large and growing population of people) and states that opioids should “never be started” to begin with. Dr. Pohl, what percentage of the population of people with pain in general and older people specifically with pain make their way to your clinic in Vegas to justify this reasoning?  Sometimes what happens in Vegas SHOULD stay in Vegas.

Doctor please….some more of these. Outside the door, she took four more.

One poor woman in the video, with a 20 year history of pain, complained that over the years she had multiple drug trials, that the dose was raised over the years and that she was heavily sedated and ultimately had cognitive side effects from medications and couldn’t function on them. To me, this means she was tolerant, probably had a narrowing therapeutic window as she aged, and had side effects. Probably when she tried to take herself off, she even had some withdrawal. So she was physiologically dependent too. Would she have traded all 20 years in because of her more recent difficulties? And now she is on acetaminophen and just fine. If her doctors are asleep at the wheel and not managing her med list, I hope she at least is keeping tabs on her daily acetaminophen intake before her liver objects. She is portrayed as a victim. And maybe she is….older people do as they are told. They trust their practitioners. Hers doesn’t sound ignorant or even out of touch.  But he or she was probably seeing too many people for too short a time thereby stifling med reconciliation and weed out the med list. He or she might even have made some unwarranted assumptions about there being no need to closely monitor overuse and abuse in an older patient. Certainly (s)he didn’t create an atmosphere at their visits for the patient to discuss her declining function, her fears, her side effects. I feel for her and the ordeal she has been through. But this is not a reason to hysterically raise fears of turning older people into zombies and addicts and scare them so badly that they go back to the bad old days of suffering in pain, isolated and withdrawn and wishing their Maker would just take them.

As always, comments are welcome and met with enthusiasm!

30 thoughts on “Who’s the Zombie, Grandmother or the Journalist?”