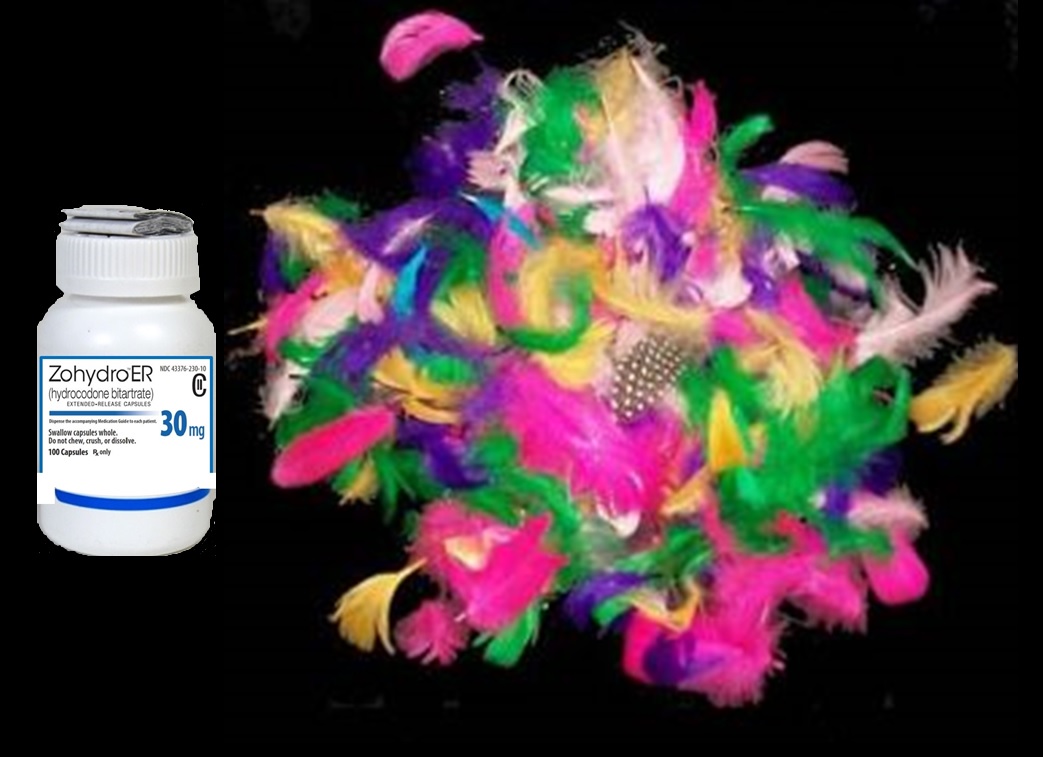 Even Wikipedia got it right, “In the field of pharmacology, potency is a measure of drug activity expressed in terms of the amount required to produce an effect of given intensity.”

The amount of drug in a single tablet has nothing to do with potency.

Last week CNN reported on Zohydro, the soon to be marketed extended release hydrocodone.  In that piece, a Dr. Stephen Anderson is quoted as saying “You’re talking about a drug that’s somewhere in the neighborhood of five times more potent than what we’re dealing with now.  I’m five times more concerned, solely based on potency.”  From NPR’s morning news: “When Zohydro is released next month, it will be one of the most powerful prescription painkillers on the market.  Its highest dosage will contain 5 to 10 times as much hydrocodone as the widely used Vicodin.”  Did he say “most powerful?

I personally am 5-10x more concerned about any clinician that is able to prescribe these drugs without knowing the definition of potency, pharmacology 101.

The potency of a drug is based on the concentration of drug or chemical compound needed to have a desired effect.  An EC50 value is determined for all drugs, which is the concentration at which the half-maximal effect of the drug will be achieved.  This EC50 value is the same for all hydrocodone products.  Meaning that the amount of hydrocodone needed to have the desired pharmaceutical effect would be the same for both Zohydro and the current immediate release hydrocodone products.

Now that we know all hydrocodone products are equal in potency, we can move onto the real issue with Zohydro – the lack of abuse deterrence.  Whatever the reasons, Zohydro is not in an abuse deterrent formulation and that is a real issue at hand.  This is an area that groups such as PROMPT and PROP are likely in agreement because there is a real potential for abuse since hydrocodone can be crushed, affording abusers the opportunity to have a large milligram quantity in a small pile of powder for snorting…this is the very reason that OxyContin 160mg tablets were removed from the market.  It is also the reason why, after OxyContin was reformulated, the IR form of oxycodone 30mg became more highly desirable on the street.

Hydrocodone, milligram for milligram is equipotent to oral morphine.  It falls within the most popular of opioid classes, the phenanthrenes.  Drilling down a bit, it specifically is a dehydroxylated phenanthrene.  From a therapeutic standpoint, it is important to have a sizeable armamentarium of opioids from which to choose.  The reasons for this are many; there are inherent biological and polymorphic patient variables, including opioid receptor differences that affect response; some patients are able to tolerate certain chemical classes and not others, and the pharmacological differences make certain opioids more or less effective for some kinds of pain (i.e. neuropathic vs. visceral vs. somatic) as opposed to others.

As outlined in Hydrocodone: Potency, Popularity, Politics, & Practicality, Hydrocodone tablet/capsule and or liquid combinations include one of the following; acetaminophen (most popular, and branded as Vicodin®, Lortab®, and Norco®), aspirin, ibuprofen, or hydrocodone bitartrate and homatropine methylbromide (Hycodan® for cough).  There is no maximum daily dose of hydrocodone alone; it is however limited by the patient’s level of opioid tolerance, development of side effects, or exceeding the dose of whichever drug happens to be combined into the hydrocodone dosage unit.

In 2011 the FDA released a safety announcement to drug manufacturers regarding prescription medications containing acetaminophen.  That same statement was released again in 2014, this time directed to health care professionals in effort to limit the prescribing and dispensing of combination products containing more than 325mg of acetaminophen.  The FDA highlighted the risks of liver injury with daily acetaminophen doses greater than 4000mg by adding a Black Box Warning to these products.

Zohydro does not contain acetaminophen…HUGE ADVANTAGE for certain patients!

But, for those of you who keep asking me, I’ll be crystal clear.  I am in favor of having extended release hydrocodone available to select patients that need it.  I would prefer it was available in a formulation that has abuse deterrent technology.  However, FDA regulation does not require an abuse deterrent formulation of other extended release products, and Zohydro is no exception, nor should it be singled out.

A special thanks and acknowledgement go out to Student Pharmacist Michaela Gardinier for her thoughtful contributions, writing, and research time.  Ms. Gardinier is a Pharm.D. Candidate, 2014 at Albany College of Pharmacy and Health Sciences.  Over the past two years, she has taken a special interest in the practice of pain management and is now on a learning rotation with Dr. Fudin.

29 thoughts on “ZOHYDRO: What weighs more – A pound of feathers or a pound of hydrocodone?”