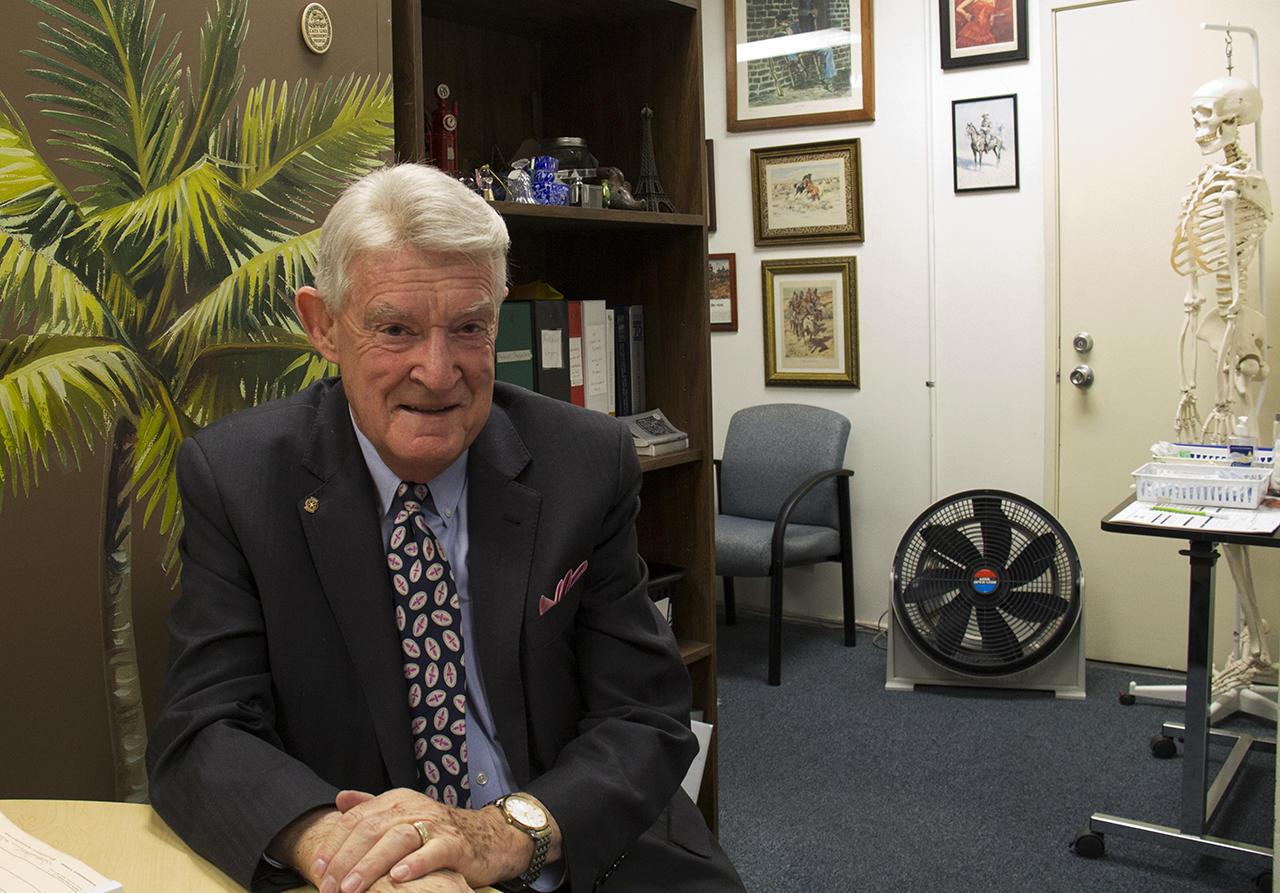 I was shocked to learn of the Gestapo tactics the DEA organized in the attack against Dr. Forest Tennant.  What kind of world do we live in? I am not at all surprised however to see the outrage amongst my peers to rise up in support of Dr. Tennant’s well-mannered and careful dedication to his patients. When asked an open-ended question by a prominent professional group regarding this mockery, my first response was, “Perhaps the DEA did the world a favor – this time they screwed with the wrong person and their bungling actions will reverberate pervasively.” I suspect almost every leading pain clinician scholar will line up to offer expert witness services in support of Dr. Tennant should the DEA contemptuous actions against Dr. Tennant ever make it to court.

If anybody Tweets, posts, or shares any comment on social media, please include this hashtag, #DropTheTennantCase.

In the last few hours we already see two posts, The DEA Raids the Offices of My Friend and Colleague, Dr. Tennant and DEA Raids Dr. Forest Tennant’s Pain Clinic. Keep them coming and be sure to add #DropTheTennantCase.

Dr. Morty Fein was kind enough to provide some backdrop and clever insight to the alternative news associated with the DEA raid on Dr. Tennant and the patients the patients and community that will be harmed as a result.

Here’s what he had to say in his piece entitled,

When there is regime change there is often a purge of anything and everything associated with the prior (often disgraced) movement and its rulers. History gets rewritten and we move on to a new and improved world. In pain politics, the opiophiles have been replaced by the opiophobes in power and every remnant of prior rule, every concept and tenet ends up getting dragged through the mud and discarded. Sigh.

Witness what has happened to the notion of pseudoaddiction. It has been ridiculed without a critical look at its continued importance. Because an executive from a company accused (often correctly but just as often overzealously) of overzealous marketing of opioids wrote an “n of 1 paper” based on a sincere and accurate appraisal of a troubling observation during his early years of pain practice – many years before he left practice and became an executive – the notion has been tied to overpromotion of opioids in the media and by opiophobes. Never mind the fact that the notion is even more important now since the stingy approach to opioid availability is daily leading to even worse pain control for millions and in turn causing desperation. And desperation can lead to people acting in ways that are uncharacteristic of them and their behavior construed as a sign of addiction. Happens every day. Often. Several authors, including the original authors, have over the years written about the need to re-evaluate the concept; not the validity of the observation but in what clinicians need to do to safely respond to it. The answer is not the knee jerk raising of opioid doses that became a bit of a caricature during the early days of the opiophile revolution, but a reappraisal of the totality of the patient’s pain regimen and approach and a sincere respect for the fact that a person taking liberties with their opioids or augmenting with anything including street drugs can indeed trigger a behavioral loss of control that needs to be addressed and not solely relying on improved analgesia to stop the behavior. Loss of control and uncontrolled pain are not mutually exclusive. Regardless of what drives the drug taking behavior and loss of control, abuse and even overdose can result. Perhaps this is why lowering MSEs nationally is not decreasing the number of opioid overdoses and in fact they are increasing them. The notion is self-effacing for us HCPs – that it is our failure to control pain that can drive the desperation and we have the responsibility to help fix it and the behavioral syndrome accompanying it – if anyone has the time and reimbursement anymore in our healthcare system for this much soul-searching and critical thought. Sigh.

And of course, the pain as the 5th vital sign movement has also been ridiculed as a simple ploy by pharma to lead to more pain assessment solely because it would lead to the more opioid prescribing not to simply bring pain and suffering out of the shadows and raise awareness. Outrageous and laughable contend the opiophobes. That people suffer in silence, that they are afraid to tell their health care providers, that unless they are asked they will often assume that discussion of their pain is not the purview of the providers with whom they are interacting is a trite every day observation doesn’t prevent throwing the baby out with the bathwater. Pain as a 5th vital sign is a movement about communication not treatment. Let us not go back to the bad old days of don’t ask don’t tell about pain and suffering. Want to change the name of it? Fine. But we shouldn’t stop efforts to ask about our patients’ experiences of suffering. We should avoid knee jerk reactions driving what we are going to do about it. Simply because someone reports their pain as “8 out of 10” doesn’t mean we should knee jerk raise their opioid dose nor should we knee jerk increase the frequency of their meditation sessions. It requires time and thought and a self-effacing attitude that we can do better for the person and a commitment to do better for the person. If anyone has the time and reimbursement anymore in our healthcare system for this much soul-searching and critical thought. Sigh.

And while we are on the subject of regime change, some of the most expert, most ethical and most erudite former leaders in the opioid movement are being dragged through the mud and the legal system on virtually a daily basis nationwide, tormented by district attorneys and ambulance chasers who would beg any one of them to care for them or their family members if they were stricken with severe and unrelenting chronic pain. Virtually everything they ever wrote, said or did being misportayed and  misrepresented as they get held responsible for consequences of treatments that occurred in jurisdictions they never set foot in. As if writing or talking or doing everything they could for opioid safety was just a ploy for pharma to push more drugs. No, it was a move to try to help others if they were going to do opioid therapy to adopt a seriousness and responsibility and acquire expertise like their own. They may have overestimated the integrity of their peers that went on to run pill mills but they never advocated for pill mills. They may have underestimated the size of the gap between their own expertise and that of their brethren that would try to emulate them. But they never advocated for carelessness or lack of responsibility. They wanted us all to take a self-effacing (i.e. that we all need to learn more about pain) and responsible and thoughtful approach. As if anyone has the time and reimbursement anymore in our healthcare system for this much soul-searching and critical thought. Sigh.

This brings me to the raiding of the home and practice of the beloved and venerated Dr. Forest Tennant. His Thanksgiving gift was a storm trooper’s boot in his door – by a cop who has a better sense of what the doctor’s patients need than the doctor (with 50 years plus of experience) does. And who I am certain would beg Dr. Tennant to care for him and his family if they were stricken with unrelenting chronic pain.  Dr. Tennant called them and their scare tactics out in an interview right after the events and he intends to fight. Be Brave! Don’t run Forest, don’t run!

Free the Opioid 5 I say.

It is time to stand and fight. Regime change and the re-writing of history must stop now. Our support for these 5 is vital. Sigh.

As always, comments are welcome and encouraged…