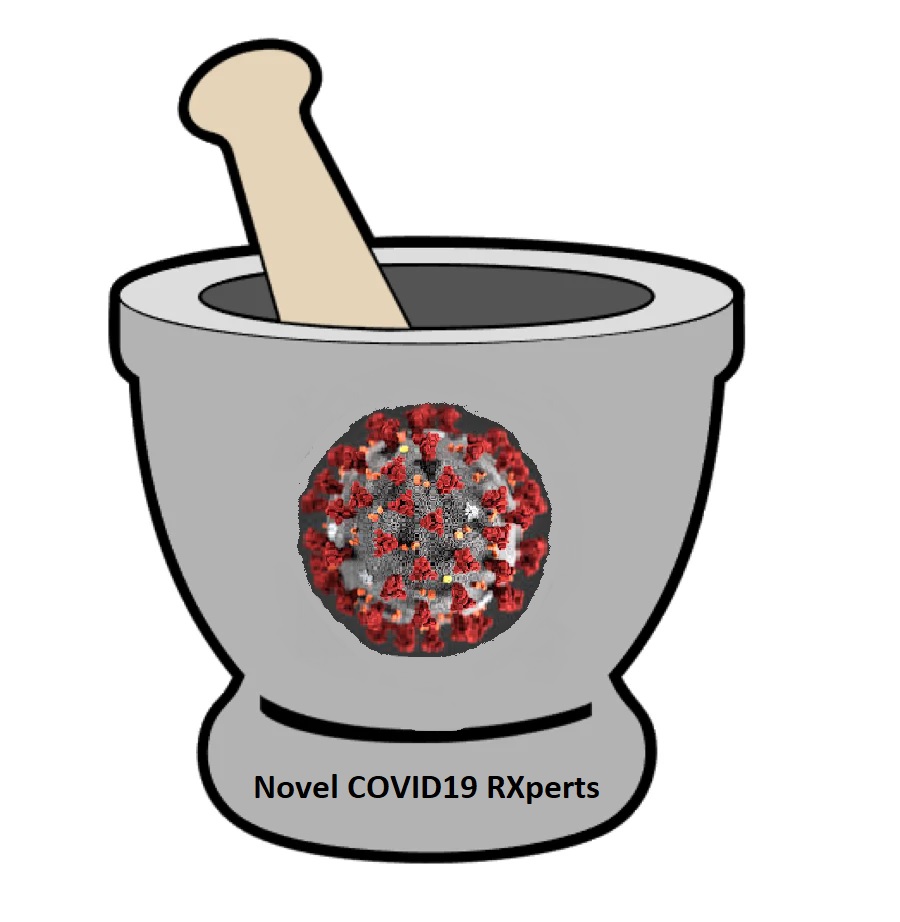 The comedian David Steinberg once referred to President Ronald Reagan as “the Popeil Pocket Fisherman President.” When asked to explain, Steinberg said, “it looks ok on TV but when you get it home it doesn’t work.” And now, in a far less humorous and way more tragic vein, we have the Dunning Kruger President.

In the field of psychology, the Dunning–Kruger(DK)  effect is a cognitive bias in which people with low ability at a task overestimate their ability. It is related to the cognitive bias of illusory superiority and comes from the inability of people to recognize their lack of ability.

Need we say more? Never has it been clearer in the recent controversy that has arisen about whether to adopt the widespread use of hydroxychloroquine for the treatment of COVID19 without the benefit of a clinical trial on its safety and efficacy. “I’m not a doctor, but I have common sense’, our dear leader utters, never has common sense shown itself to be less common nor less sensical. In fact, our Scottish brethren facing their own stressors from the viral pandemic have an entire webpage dedicated to our leader’s nicknames. Perhaps the most consistent with his hydroxychloroquine trumpeting, is “cockwomble”, defined by the Urban Dictionary as “(noun) A person, usually male, prone to making outrageously stupid statements and/or inappropriate behaviour while generally having a very high opinion of their own wisdom and importance..”.

CNN reported major blow up among the White House staff with non-scientists arguing with the world leader in virology, Dr. Anthony Fauci, about what constitutes evidence and proof vs. anecdote. A big pile of anecdotes does not add up to anything more than anecdotes despite how often or how loudly you say it mustering up as much illusory superiority as you can and a scotoma that you drive a Mack truck through about your own lack of ability. Nevertheless, very much unlike the disrespect given to “that woman” from Michigan for calling out The Feds, “that man” and his sycophants and that “other man”, Peter Navarro, continue to write the forward to the updated version of Tom Nichols’ book, The Death of Expertise.

The definition of the Dunning–Kruger effect reads like a DSM diagnostic criterion for Narcissistic Personality Disorder. Illusory superiority, no ability to recognize one’s own lack of ability.

According to the researchers for whom it is named, psychologists David Dunning and Justin Kruger, the effect is explained by the fact that the metacognitive ability to recognize deficiencies in one’s own knowledge or competence requires that one possess at least a minimum level of the same kind of knowledge or competence, which those who exhibit the effect have not attained. Because they are unaware of their deficiencies, such people generally assume that they are not deficient, in keeping with the So when one reads the description of this effect, it reads like a virtual diagnostic criterion for tendency of most people to “choose what they think is the most reasonable and optimal option.” Although not scientifically explored until the late 20th century, the phenomenon is familiar from ordinary life, and it has long been attested in common sayings—e.g., “A little knowledge is a dangerous thing”—and in observations by writers and wits through the ages—e.g., “Ignorance more frequently begets confidence than does knowledge” (Charles Darwin).

Examples of the DK effect are common in every day life. For example, seen in people who continue to insist on doing home repairs when all it does is cause more damage and higher bills when the experts are called in to fix the even bigger problem they created. But when it characterizes your leadership at a time of crisis and they are practicing medicine and epidemiology at the expense of public health that’s another story. (Hey, wasn’t Jared Kushner fixing the Middle East yesterday?)

The U.S. Food and Drug Administration (FDA) terms use of an approved medication for an unapproved indication “off-label.”1 When medications are used off-label they are employed for treatment of a condition other than that for which they were deemed safe and effective in clinical trials. It is critical here to emphasize that when medications are approved, this occurs within the context of treatment of specific conditions. Thus, the safety profile, dosing schema, side effects, and monitoring parameters of a given medication cannot necessarily be extended to its use in all conditions.  Off-label use places patients at risk for side-effects and untoward harms and leaves them vulnerable to potential ineffectiveness.2  For these reasons, the Food, Drug and Cosmetic Act (FDCA) prohibits pharmaceutical companies from marketing or promoting their products for off-label use.3 Lawsuits have been brought against pharmaceutical companies and their representatives for promoting off-label uses of therapies as it violates the FDCA and undermines the mission of the FDA.3 Notwithstanding, that is exactly what our leadership is doing, and without the any oversight or consequences for disobeying regulation standards to which pharma companies are held by the very same government.

All of this is relatively easy to swallow when we consider off-label use of medications for conditions that are rarely fatal and have well-established, effective standards of care. The unnecessary risk of off-label use is clearly undesirable.  However, if a critically ill patient dies following treatment with an unproven medication, it creates the conundrum as to whether the disease killed the patient or the therapy.4 When facing a condition, such as COVID19, that has reached pandemic proportions and is causing significant morbidity and mortality this question is difficult to answer.  When adding off-label use of medications with significant toxicities, such as hydroxychloroquine to the mix, the question becomes nearly impossible to answer. But, without hydroxychloroquine we are left primarily with just supportive care options, so “what do we have to lose?” There is plenty to lose!

When it comes to off-label use of hydroxychloroquine the potential side-effect burden is significant, the medical monitoring required is substantial and the repercussions of supply chain deficits are staggering. In addition to common hydroxychloroquine side effects such as gastrointestinal upset (nausea, vomiting, diarrhea), headache, fatigue and weight-loss; it carries a slew of systemic risks.  Loss of color vision or total loss of vision, according to the American Academy of Ophthalmology, is a significant risk due to retinal toxicity secondary to hydroxychloroquine and chloroquine treatment. This requires baseline and routine monitoring. There is evidence supporting a progressive quality to the retinopathy which suggests that the damage begins early in the dosing regimen.5

Notably, COVID19 patients are already at increased risk for many of these conditions due to their baseline characteristics (majority elderly patients and those with cardiovascular comorbidities). Further, hepatitis and neutropenia have both been associated with COVID19 disease progression.4  This serves to muddy the waters of deciphering whether the disease or the “cure” has caused such adverse events. Although we are certain of the significant risks hydroxychloroquine poses, its efficacy in COVID19 remain uncertain.

There is one population, however, who relies on its properties as a disease-modifying antirheumatic drug (DMARD) to manage debilitating conditions such as rheumatoid arthritis, lupus and ankylosing spondylitis.  The media storm largely proclaimed by “that man” regarding hydroxychloroquine’s potential efficacy for COVID19 has resulted in unprecedented hoarding and supply chain deficits of this important therapy.6 State and federal mandates, have been put in place to protect this vulnerable population. These mandates prohibit the dispensing of hydroxychloroquine for any purpose other than its FDA approved indication unless the patient is enrolled in a legitimate clinical trial. This has launched pharmacists into the role of gatekeeper  as even medical providers have been noted to hoard these medications for themselves or their family and friends.6

All medication use relies on a tenuous balance between risk and benefit. The benefit must be proven significant improvement in health or quality of life, disease cure, prevention of disease progression, etc. in order the justify the risk inherent to ingesting exogenous substances. When no proven benefit exists, we are left only with risk. Risk, which will come to bear in the most critically ill patients as we battle the coronavirus pandemic if erroneous and incomplete medical information continues to be propagandized and proselytized.

In summary, to answer “the man’s” question “What do you have to lose?” Here’s a simple graphic you can paste to your podium to illustrate and remind you of the common hydroxychloroquine toxicities in the absence of taking it while seriously ill for any cockwombles that believe they understand the peer reviewed scientific literature. Illness and additional medications alone and combined, both increase the risk of these problems and resultant death. Essentially it summarizes risks for the following:

So, if you watch the nightly briefings and you decide to take advice that sounds good on TV, remember it probably won’t work as well at home.

For more factual information, see this hydroxychloroquine fact sheet from the FDA.

As always, comments, positive or negative are welcomed with enthusiasm!!!

26 thoughts on “Only I (and hydroxychloroquine) Can Fix It”