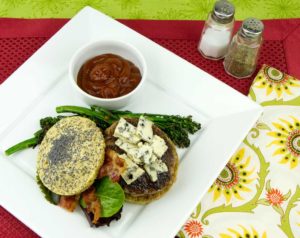 Wow, look at the size of that pork butt. Take a gander at the freshly whipped cream, that gooey cheese. Those sticky buns. And the size of those chicken breasts. And those hamburgers? They’re to die for! Great meatballs too.

Once again, Dr. Morty Fein hits it out of the park with another amazing post! Thank you Dr. Fein!

Fifty-four years ago, United States Supreme Court Justice Potter Stuart tried to describe his threshold test for whether or not material in a hardcore pornography adult film was obscene and therefore whether or not it qualified as protected speech. While he stated he probably couldn’t ever fully intelligibly describe the actual test of obscenity, in a moment of candor he stated, “but I know it when I see it.” Interestingly he was writing for the majority in an opinion in the case of Jacobellis v. Ohio and the French film in question was Louis Malle’s (1958), The Lovers. A major hit in France, Justice Stuart did not consider it to be obscene. He served from 1958-1981 and was ultimately replaced by Sandra Day O’Connor. He died in 1985 long before the Internet replaced the artful and relatively tame (by today’s standards) film with far more obscene material located at just a simple mouse-click away.

Justice Stuart knew it when he saw it and so do I. Whether it is on the news or even at an academic meeting, we are currently undergoing an onslaught of obscene material – on opioids. Obscene because it appeals to our most prurient desires and interests about drugs, drug abuse and addiction; it is voyeuristic and licentious. It’s about forbidden images of defeating drug formulations, of doing things that bear no resemblance to actual medication taking behavior engaged in by the vast majority of people with pain. It is about fooling and humiliating physicians and cops alike.

And it is mostly false. Americans are dying because of heroin and illicit fentanyl derivatives, the number of which are alarming and have been nicely packaged for your review by Dr. Fudin and colleagues. Every time the news media does a story about it though, out comes the stock porn roll they use – not of envelopes of illicit fentanyls being delivered to someone’s doorstep as purchased through the dark web, but of opioid pills flooding out of a vile or streaming like demon sperm cells on an industrial conveyor belt looking to ignite drug abuse in some unsuspecting and innocent person. Images of a pharma headquarters and doctors’ offices with a narration meant for a pornographer.

I vote to start a pain conference or an opioid policy conference with a video of a person with pain sitting motionless and quietly weeping in their chair for 30 minutes because their life-restoring medications were taken away. Their lives disrupted. Does that get you excited? Or talking about hiring more postal inspectors to end the crisis rather than building the legal and political careers of Elliott Opioid Nesses fighting the wrong drug dealers enacting prohibition at the expense of people with pain.

The tactics used to turn this into a cartoonish media spectacle, of a story meant to terrify and punish and titillate are difficult to combat and refute. The story of people with pain is not sexy. It is not titillating. It is not replete with obscene visuals. But if the field got back to providing adequate pain treatment, it would be redemptive. We need to sober up and get real about treating pain and dealing with drug abuse. It is not just about opioids, but when they are needed, THEY ARE NEEDED. I cannot define what constitutes adequate pain treatment for everyone. But I know it when I see it.