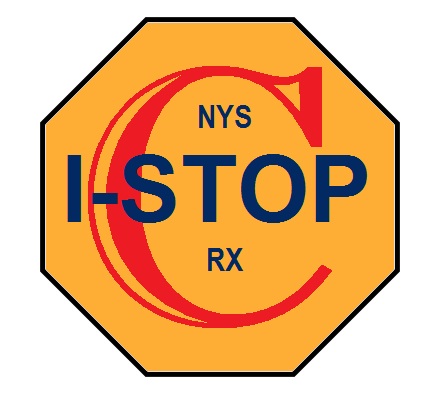 In June 2012 the New York State Senate and Assembly unanimously approved a bill proposed by NYS Attorney General Eric T. Schneiderman called ISTOP.  ISTOP is an acronym for the Internet System for Tracking Over-Prescribing, and is the first monumental political step that has been taken in New York to control opioid abuse and diversion.  The bill was signed into law by NYS governor Andrew Cuomo on August 27, 2012.  The bill consists of several parts:

There are, however, times when physicians do not need to access the system.  These exceptions include:

2. Electronic Prescribing of all controlled substances

Effective January, 2015, all controlled substances will be prescribed electronically, thereby eliminating paper prescription pads.  This will eradicate the use of forged hand written prescriptions as pads will no longer be used for controlled substances.  Electronic prescriptions will be sent to pharmacies protected by an electronic encryption.  The potential for transcription errors should also be virtually eliminated; this should save time as pharmacists will not need to contact prescribers due to illegible handwriting.  It should also decrease medication related errors resulting from illegible handwritten prescriptions.

All formulations of hydrocodone will now be treated as CII substances in NYS; it is currently a federal CIII.  This means that they will only receive enough for 30 days and will not be eligible for refills.  Hydrocodone is currently the most prescribed medication nationwide, even topping blood pressure medications like lisinopril and cholesterol medications like simvastatin.  Under NYS law, however, CII substances can be prescribed up to 180 days with the use of a diagnoses code provided on the prescription by the prescriber.

Tramadol will also be changed to a CIV substance in NYS; it is currently a federally non-scheduled drug.  Tramadol’s mu-opioid receptor binding affinity is 6,000 times less than morphine which is quite significant; however, DEA still considers this a drug of concern as it has been abused by taking large quantities at a time.  As a CIV, this medication will still be able to written for up to a 90 day supply with allowable refills.  Of note, the DEA changed carisoprodol, a muscle relaxer also originally federally non-scheduled, to a CIV medication on effective January 11, 2012.  This was due to the potential abusive and addictive properties of one of its metabolites, meprobamate, which is itself a federal CIV.

The NYS DOH’s Prescription Pain Medication Awareness workgroup will be responsible for (1) recommending continuing education for practitioners and pharmacists on pain management issues, (2) protecting and promoting access by patients with a legitimate need for controlled substances, (3) implementation of the I-STOP provisions and (4) inclusion of additional controlled substances in the consultation requirements of I-STOP.  This awareness workgroup will be comprised of a multidisciplinary professional group including physicians, pharmacists, consumer advocacy organizations, regulatory agencies, and law enforcement.

Currently controlled substances can only be surrendered at sanctioned “drug take back programs”.  This aspect of the bill will create disposal sites at various local police stations and state trooper headquarters.  Controlled substances can be voluntarily surrendered at designated sites along with other medications, inhalers, topical creams, and gels.  These disposal sites will not take back syringes or needles.  Pharmacies still will not accept medications for return or disposal.

As of this publication date, except for e-prescribing, an exact date for implementation has not been publicized.  I am currently waiting for a response from the Governor’s Office on these dates including potential involvement of federal facilities, as I suspect and increase desire to obtain scheduled drugs from neighboring states, VA, and military hospitals/clinics.  This blog will be updated as this information becomes available.  Further information on ISTOP can be found online along with information on the safe disposal program.

Biosketch:  Anthony Debboli is a Student Pharmacist at the Albany College of Pharmacy and Health Sciences, PY4.  He currently works at Samaritan Hospital in Troy part time as a Student Intern.  When not practicing pharmacy Anthony enjoys golfing, playing soccer, and is a passionate NY Giants and NY Yankees fan.