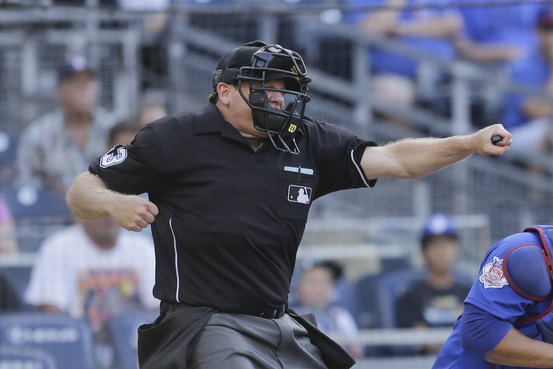 After viewing WKYC’s news report, Middletown official pitches ‘three strikes, you’re out’ Narcan plan, I was mortified to say the least. Middletown City Council member Dan Picard should be escorted out of his position promptly for even considering such a proposal and the citizens of the Cincinnati/Dayton metro area should be paving the road out.

Since when have people’s lives become a game? Perhaps some of the tax revenue from the Cincinnati Reds could help fund rehab for persons that have the disease of addiction, since according to Picard, human life is hinged on baseball game.

My goodness, Picard this gives the City of Flying Pigs a whole new meaning!

As you might have noticed, I think I was a bit too worked up to write this blog myself while maintaining civility. I therefore engaged our newest Pharmacy Pain Specialist, Dr. Erica Wegrzyn to mentor our new resident, Dr. Mena Raouf through a blog post to address this travesty. Neither of these professionals are new to this blogging on paindr.com, and once agian, they both did a fabulous job.  In fact, on this one, THEY KNOCKED IT OUT OF THE PARK! Here is what they had to say.

In the midst of the opioid epidemic and rise in overdose related deaths, Middletown, Ohio is proposing a 3-strike policy on responding to overdoses.1

After the first two overdose rescues, the person would be required to perform community service for the equivalent amount of money used on the lifesaving response. After the third strike, the person is out of luck and the EMS service “wouldn’t dispatch” according to Middletown city council member, Dan Picard. “Last year, the department spent more than $11,000 on Narcan. This year, $30,000 has been spent on it.” Picard stated, “We’ve got to do what we’ve got to do to maintain our financial security and this is just costing us too much money”.1

The rate of overdose deaths has been following a steady increase since 1999; however, there was a steep increase in the past few years despite recent policies to restrict opioid prescribing.2,3 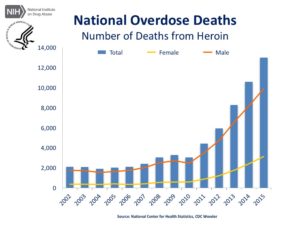 In Middletown, OH the number of overdoses increased from 532 in 2016 to 577 so far in 2017, an increase from 44 overdoses per month to 82 overdoses per month.1 What changed from 2016 to 2017? How come there is a sharp increase despite ‘policies to curb opioid use’? The CDC guidelines happened,   encouraging prescribers to blankly implement the CDC recommendations on morphine equivalent dosing (MED), abruptly lowering patients to an MED of 50mg or 90mg.5 One plausible explanation for the stark rise in overdose deaths is that a subset of chronic pain patients on opioids who had their prescribed opioids abruptly discontinued turned to heroin use to help with withdrawal symptoms or to treat their chronic pain.

The point here is not on MED or CDC guidelines; these have been discussed in previous blogs.  The point here is that among the Ohio overdoses , there are likely chronic pain patients who turned to heroin use to mitigate withdrawal symptoms after being cut off their opioids. This does not mean that substance abuse patients should be denied treatment. In fact, none should EVER be denied treatment based on comorbidities.

Denying patient treatment due to nonadherence is unethical and violates any code of healthcare profession ethics, let alone if the treatment is lifesaving. Are patients with other comorbidities who are nonadherent denied treatment? No. For example, in a different scenario, more than 25% of patients hospitalized for heart failure are readmitted within 30 days, with nonadherence (diet or medications) being the most common cause.6 In 2011, heart failure readmission cost $41.3 billion.6 Medication nonadherence costs $290 billion of avoidable healthcare costs.7 Are patients readmitted due to nonadherence denied treatment or subjected to community service to cover the treatment cost? No. Imposing community service requirements on non-adherent patients receiving lifesaving treatment because they have a comorbid psychiatric condition is stigmatizing and profiling.

Substance use disorders are often stigmatized more than other health conditions and viewed as moral and criminal issues, rather than a health concern.8-9 Unfortunately, the stigma discourages patients to seek help.  The opioid epidemic is often sensationalized by media and exploited by policy makers looking for a quick fix and voter perception of “Hey, I solved the opioid epidemic”. Unfortunately, it is easily forgotten that no one chooses to develop substance use disorder, rather it is a medical condition that requires chronic management. 8-9

Treatment of opioid-use disorder requires a patient-centered approach. The strike clause imposed by Middletown on patients to do community service to cover the expense of naloxone is penny-centered. Instead, the focus should be efforts to provide help to patients with opioid use disorder and expand access to buprenorphine.

With a long line of firefighters and emergency responders in my family, I became a volunteer firefighter in an effort to give back to my community. My position as an active interior firefighter often presents new and unique challenges, but in reality, the goal of every call is the same: preservation of life and property. This is a shared objective among fire service organizations including The Ohio State Firefighter’s Association (OSFA) whose bylaws indicate the following10:

The purpose and objectives of the OSFA shall be:
1. To promote and encourage the development of skills, knowledge and methods to prevent and combat injury, loss of life and property by fire, medical emergency or disaster.
2. To promote fellowship, good will, self-preservation and security among members of the OSFA and others engaged in similar services.
3. To encourage and support legislation which will prevent or reduce the loss of life or property of any individual or groups of individuals.
4. To accumulate and disseminate information for the purpose of encouraging and increasing membership in the OSFA and support of fire and emergency services.

Councilman Picard’s proposal to deny lifesaving services to a person suspected of an opioid overdose is in direct opposition of the mission of the fire service. As all first responders know, the details provided in the initial dispatch of a call often differ substantially from the actual scene upon arrival due to limited information often provided by laypersons on scene. Mr. Picard’s proposal to cancel emergency response is negligent, unproductive, and deadly. What if a family member of a substance abuser requires emergency medical attention? It is conceivable that the patient identity at initial dispatch could be unclear. What if a former substance user successfully achieves sobriety only to have a heart attack from coronary artery disease but dispatch cancels units in route due to his history. Is this justifiable? Speaking of heart attacks, cardiac arrest is the number one cause of firefighter line of duty deaths (LODD). Would it be ethical to cancel first response because a city councilman felt the firefighter consumed too much unhealthy food and beer? The point is, if a policy such as Mr. Picard’s three strikes proposal were to be permitted, then what is to say someone can’t arbitrarily select other disease states that “don’t warrant saving”.

Rather than condoning second degree murder for those with a psychiatric disease, the city of Middletown should look at ways to address this crisis at the source, such as education and outreach, rather than a “quick fix”.

My job as a clinical pharmacist is a parallel to that of my fire service, where my mission is to provide unbiased healthcare with the first and foremost goal to “do no harm”. Perhaps it is time we require our politicians to take the same oath.

So when is it acceptable to passively allow opioid overdose victims to die?

WHEN SECOND DEGREE MURDER IS LEGAL
AND , of course…
WHEN PIGS FLY!

As always, comments are welcomed!

Erica Wegrzyn, B.S., Pharm.D. is the Clinical Pharmacy Specialist in Pain Management at the Stratton VA Medical Center, Albany NY. Dr. Wegrzyn received her Doctor of Pharmacy degree from Western New England university and went on to complete a PGY-1 general practice residency and recently completed a PGY-2 in Pain and Palliative Care. In addition to her work at the VA, Dr. Wegrzyn volunteers as a NYS class-A interior firefighter for Selkirk Fire District.

6 thoughts on “One, Two, Three Strikes You’re Dead, in the Old Ball Game”