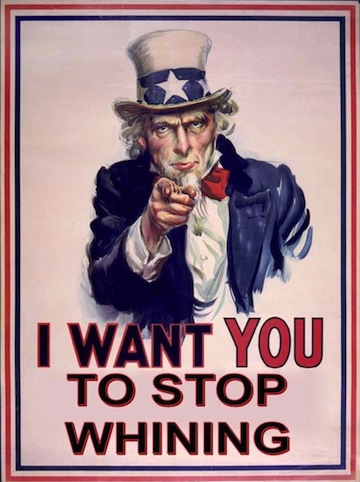 Dr. Fein and I teamed up to whine a bit about wine and alcohol in general and discuss its relationship to opioid abuse or misuse in this country.  More importantly this post helps to delineate what the likes and differences are when reaching for an occasional recreational alcoholic beverage versus reaching for an opioid when summoned by pain, and how that differs from reaching for an opioid for associated recreational pleasures.  These are all very different and helps to explain why the presumed “Opioid Epidemic” cannot and will not be solved with the draconian methods we are seeing to cut back on opioid production, limit dosing or quantities, punish prescribers for exceeding some aloof morphine daily equivalent, and the like.

When we set out to start this post, Dr. Morty Fein said, “I need a drink”.  Who hasn’t said that at one time or another? We often say it for dramatic and joking effect generally when someone has offered one. Dr. Fein in fact admits, “I don’t think I have ever actually poured myself a drink when I really [needed] one; in response to bad news or loss or something of the kind. I consider myself a social drinker, even when I drink alone.

Life according to Morty…

After a hard clinic day, as a way of showing empathy for how hard my coworkers were also working and solidarity in the face of how emotionally 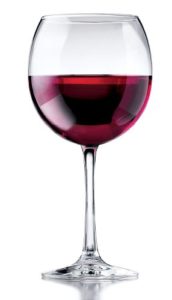 difficult the job we do is in pain management, my typical sign off to colleagues was, “I’m going home to have a bourbon the size of my head.” In truth, when I got home, I often had a glass of wine or two with dinner (almost always out of a goblet somewhat smaller than my noggin). And I would often, while pouring, jokingly say, “I never thought I would be the kind of guy that has a glass of wine every night.”

This said, I have never lost control of alcohol. Never felt the need to try and give it up. Never had it interfere with my functioning. Never had adverse health, social or legal consequences. Never drank more than I wanted, never binged. I wish I could say the same for french fries or Ben and Jerry’s.

If I were to ask 100 people whether or not alcohol is an addictive drug, I am pretty sure that all 100 of them would say that it is. And if I happened to ask that question of them at a bar I am certain that somewhere around 90% would be imbibing while they told me of its dangers. Alcohol exposure in the United States is almost universal. 87.6% of people over the age of 18 have had alcohol at least once in their life. 70+% in the last year. 57% in the last month.

The rate of alcoholism in the United States of America in people over the age of 18: 6.8%.

Is it strictly correct then to say that alcohol is an addictive drug? It is to nearly 7% of the population. It is not, apparently, to the vast majority. Is the problem the alcohol or is it a complex interaction between a drug and the person and the circumstances in which one ingests?

And as far as the circumstances are concerned, is it more dangerous to need a drink than to want a drink? Does it matter if you do it alone? Many times to mitigate a chronic stressor? In that context does it matter if your paternal grandfather was an alcoholic? Or your second cousin twice removed? Does it matter how old you are when this happens? To create alcoholism or any addiction, it takes 3 things:  an exposure to a potentially habit forming, and rewarding drug. You also need a vulnerable person who is exposed at a vulnerable time. Maybe it is more dangerous to need a drink. And maybe even drinking too much when say, you came home after getting fired (vulnerable time), isn’t enough in and of itself. Maybe there also needs to be some alcoholism in your family tree.

When you are appropriately prescribed opioids for pain, it is because you need it to control the intensity and chronicity of the pain. But what does it mean to need pain medication? Is it different to need it to reduce physical pain and not psychological pain. Can people tell the difference?

Now we are not talking of young people without pain who use an opioid given to them by friends at a party and being told the effects are great and perhaps you have vulnerability because you are socially unsure and want to fit in and are anxious. And just being under 35 means that you are automatically at a vulnerable time, not yet out of the critical period for the development of addictions.

For people with pain, there is no such social/recreational form of opioid use.

Are opioids addictive to people with pain? Unlike social drinking, people with pain get exposed almost always at a vulnerable time. They are hurting. They are giving up pleasurable and social activities. They are losing touch with friends and family. They are missing work. They are losing pay. They may be getting depressed. If this is the case, is this in and of itself enough to make them addicted? Probably not unless that have a personal or family history of addiction (including smoking), are of younger age, are male, are victims of abuse or trauma, and/or have serious, unmanaged psychiatric illness.

And there must be a difference when you are taking them strictly for pain as opposed to relieve anxiety, depression, anger or boredom. All of those are common emotions when you have chronic pain. To be safe on opioid therapy, we really have to practice telling these apart and being honest with ourselves about what is driving the taking of virtually every single pill. People vary in their ability to do this – the majority of my patients did not take liberties with their medications and were good at identifying the motives for taking their medications. Often, too, it depends on whether they have been provided with access to counseling and other forms of help to deal separately with the negative emotions associated with pain and how difficult it is to deal with living with it, so that they would have a whole repertoire for coping. I used to encourage my patients to be mindful when taking their medicines and to take a moment to think about how they were feeling before taking any as needed, ad lib doses.

The rate of exposure vs. the rate of development of addiction in people with pain is likely somewhat similar to the rates seen in alcohol exposure and those who become alcoholics and the rate of addiction in pain can be cut down even further when people are given guidance, advice, psychological counseling, structure and monitoring as appropriate. These take time, training and reimbursement to become a reality. Might cost the payors a few bucks;  the human cost reduction would be enormous, especially in the form of avoiding the suffering that focusing only on reducing the number of exposures is already bringing.

All of this complexity is to say that these issues cannot be simply boiled down to whether these medications when used for pain are addictive or not. The idea that the addictive part of the equation is completely resident in the medications themselves it what leads to the idea that eliminating exposures is the way to deal with this problem.

To wrap it up here, it looks like this entire discussion and all the whining herein has nudged my good friend Morty over the edge, as his last words while preparing this post were, “This is giving me a headache…I need a drink”.

7 thoughts on “A Glass of Whine”