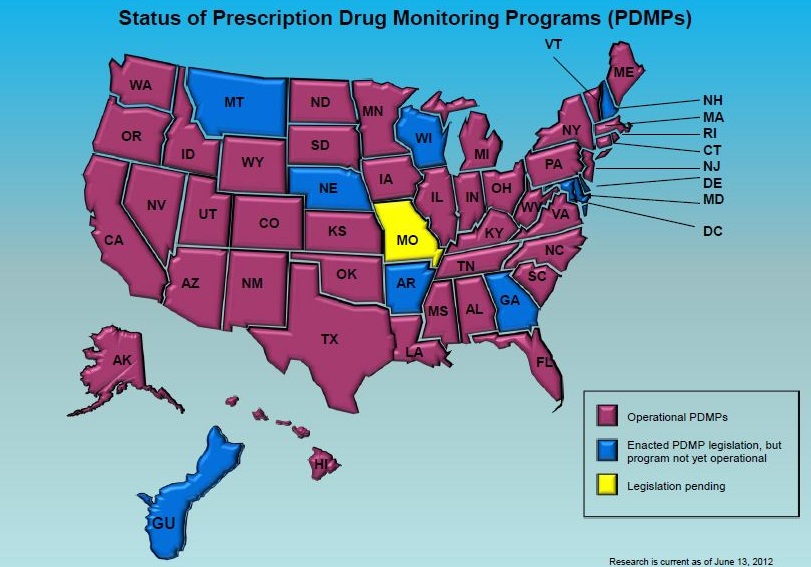 On day 2 of the FDA Public Hearing, Impact of Approved Drug Labeling on Chronic Opioid Therapy, we heard much of the same from patient advocate PROPagandists.  Perhaps the most bothersome to me at today’s hearing is that the FDA Panel allowed PROP advocate Avi Israel to speak on behalf of not one, not two, but three patient families with his personal added explicatives; it was a bit much after listening to the same thing yesterday.  Certainly we all feel bad for families that have lost loves ones to opioid addiction, or suicide as was the case with his son, but this behavior needs to be separated from the issues at hand.  He held up two tablets to the audience and said “I have synthetic heroin in this hand and ibuprofen in this hand.  Which one would you take?”  He was attempting to liken oxycodone to heroin, but of course was mistaken as I pointed out later (see below).  He told the story of a 27 year old navy veteran who committed suicide and he blamed it on addiction to opioids; but he also disclosed that this victim had an ongoing history of hallucinations, paranoia, and suicidality.  Hello…this sounds like untreated PTSD, a significant risk factor when prescribing opioids.  If that is the case, once again, the issue at hand is education for prescribers and closer monitoring of the patient, not to make changes to the FDA indications for opioids.

On the upside, we heard from Dennis Capolongo representing the Arachnoiditis Society for Awareness and Prevention”.  He pointed out the problems this patient population needs to endure and that a significant percent of epidural injections have poor outcomes for these patients.  He also showed a very interesting correlate between increased opioid RX’s and increased arachnoiditis suggesting that many epidural failures resulting in arachnoiditis end up on chrionic opioid therapy.  Perhaps this is in fact the case, but perhaps not.  He did ask however that if label changes are made, that the FDA consider adding acceptable prescribing for chronic intractable non-cancer pain.

William Schmidt, an Industry Consultant and Kevin Nicholson from the National Association of Chain Drug Stores spoke in favor of not changing the labeling but taking other important measures; all the while, Dr. Kolodny was Tweeting about both of them. Dr. Schmidt actually showed pretty compelling evidence from a most reliable source, Dr. Gavril Pasternak, on the 20 mu-receptor variants associated with OPRM1 and COMT that cause patient variability in response to opioids.

We heard from Anita Roach, representing the Interstitial Cystitis Association and Rebecca Kirch of the American Cancer Society, both of whom advocated for chronic pain patients and allowable opioids and education.  Fred Brason spoke on Project Lazarus, North Carolina and their efforts to reign in opioid misuse and educate providers…it sounds like regulatory agencies countrywide can learn from their success and experience.  His presentation was quite compelling.

After the scheduled presentations, an Open Public Hearing ensued.  At this point, I spoke and tried to dispel certain myths or half-truths presented over the past 2 days.  Below is a pretty close recount of my comments.

Dr. Fudin’s FDA Hearing Comments:  YOU MAY ACCESS THE VIDEO BY CLICKING HERE!

My name is Dr. Jeffrey Fudin.  I am a Clinical Pharmacy Specialist at the Stratton VA Medical Center in Albany NY where I work in a comprehensive Pain Clinic and am Director of a PGY2 Pharmacy Pain Residency.  I am an Adjunct Associate Professor of Pharmacy Practice at the Albany College of Pharmacy & Health Sciences, and Founder of PROMPT, a multidisciplinary group of healthcare providers which stands for Professionals for Rational Opioid Monitoring and PharmacoTherapy.

What I’m about to say is not the opinion of the Dept. of Veterans Affairs or the Albany College of Pharmacy & Health Sciences or Union University, but is consistent with much of PROMPTs opinion.  In summary though, it is my opinion alone.

In the spirit of good faith and maintaining an equal playing field, I’d like to point out that several presenters stated or displayed that they had no conflict of interest “with any pharmaceutical companies”.  Considering some of the data we saw yesterday regarding Worker’s Comp, and considering some special interest groups OTHER than the pharmaceutical industry, I respectfully request that all participants presenting at this hearing be required for the record to disclose any and all funding sources for travel and related professional activities directly connected with this hearing and future hearings whether it be pharmaceutical industry related or otherwise, including but not limited to those organizations that could potentially have a financial interest in the reduction of prescriptions written for opioid therapy.

We have heard that oxycodone and heroin are practically one in the same chemically.  While I don’t dispute this, I offer for the record that buprenorphine, while very safe in comparison to most opioids, is equally chemically similar to heroin.  Furthermore, dextromethorphan is the methylated dextrorotatory analog of levorphanol, both of which are phenanthrene derivatives.  To suggest that oxycodone or any other pure opioid is more or less similar without divulging all of the facts is misleading and does not serve any productive outcome other than riling the media and the families of patients that have already suffered and continue to suffer.

We heard yesterday that those patients receiving 100mg or more of morphine equivalents per day had a higher rate of death.  But, that data is short-sighted considering that if this dose is prescribed, it is likely prescribed to a population of sicker patients compared to those on lower doses.  All this data tells us is that there’s a higher correlation between persons receiving at least 100mg of morphine equivalents daily and death, compared to lower doses, BUT it does not tell us what that correlation is.

With specific regard to morphine equivalents, I want to share two recent projects…

The first was a publication this past December in the Journal of Pain and Palliative Care Pharmacotherapy entitled Rifampin reduces oral morphine absorption; A case of selection based on morphine pharmacokinetics. For purposes on this blog page, see this link for an explanation of that article.

A similar publication is underway with telaprevir that can have the opposite effect of INCREASING serum morphine and also affect methadone on the absorption side from the gut, through the BBB, and on the metabolic side as well.

Recently I assigned a group of fifth year pharmacy students to convert five medications to morphine equivalent doses (See paindr.com blog, The Answer is Morphine 100mg Equivalent – Morphine Jeopardy for specific outcome data) using three different reference sources to include their choice of online conversion calculators, package inserts, textbooks, primary literature.  There were 16 unique references used by 15 students.  The dosing range from one source to another was huge.

The problem as presented at this hearing of substance abuse, misuse and addiction VERSUS the problem of pain management needs to be delineated. The commonality here is that education is essential, not only to prescribers for managing pain [Dr. Argoff’s presentation was discusses regarding appropriate therapies and inappropriate therapies for various pain types], but to recipients of these medications at the point of the prescriber.  Equally important is that pharmacists cannot evade their responsibility of counseling upon the dispensing of a prescription by asking a patient to simply sign a statement saying that they refused counseling.  An expansion of the REMS ETASU for transmucosal fentanyl products to the community pharmacy setting for all opioids could be a step in the right direction.  But it can’t stop there…it should include the prescribers and a minimal knowledge base on how to interpret urine drug screens.  It’s not enough to order these screens if the clinician does not have a clear understanding of their utility, the pitfalls and/or when serum analysis is useful.

Dentists should not be allowed to give refills on any C-III medication and they should be limited to a 48 hours supply for routine root canals and extractions.  If there are more complex procedures, they should be required to enter a code to so designate that, as NSAIDs, if a medically acceptable option, are generally more effective.  If that is not the case, they should so designate that in a code as well.

We’ve heard a lot of numbers and statistics, but let’s be honest with ourselves; More deaths are caused each year by tobacco use than by all deaths from human immunodeficiency virus (HIV), illegal drug use, alcohol use, motor vehicle injuries, suicides, and murders combined.   I don’t see anyone limit the number of cigarettes that one can purchase or the nicotine intake from any consumers!  But, this is on the table for opioids. (Centers for Disease Control and Prevention. Smoking-Attributable Mortality, Years of Potential Life Lost, and Productivity Losses—United States, 2000–2004. Morbidity and Mortality Weekly Report 2008;57(45):1226–8.  AND  McGinnis J, Foege WH. Actual Causes of Death in the United States. Journal of American Medical Association 1993;270:2207–12.

In closing, I wish to stress the importance of a prescription monitoring program that stretches across all states and allows prescribers and pharmacists to access real time data that must be evaluated prior to ordering or dispensing any controlled substance prescription, regardless of scheduling.  Such an effort MUST include all federal government facilities including the DoD and the Veterans Administration, as opioids often find their way from federal institutions to the hands of civilians.

Limiting opioids by tying the hands of providers is not in the best interest of patient care and will likely cause a “whack-a-mole” effect resulting in an escalation of heroin use and/or other agents.  The key is to work together and use computerization to better monitor where these drugs are coming from, where and when they are dispensed in real time.  We must educate providers, pharmacists, and families on the risks and benefits of opioid therapy and expand the opioid REMs program.

27 thoughts on “Calling Presenters Out! Day 2 of FDA Opioids Hearings”