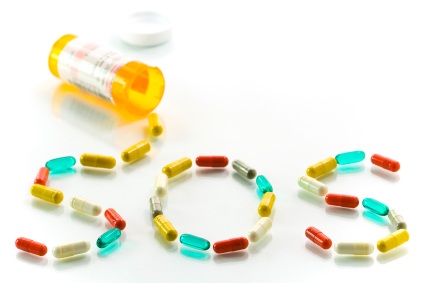 CYP450 Drug Interactions are always an important consideration for patients.  Recognizing the interaction is only step #1.  Knowing what to do about it while maintaining adequate pain control is step #2.

The Science and Art of Treating Pain!

AZ is a 54 year old white male with history of substance abuse.  He has been free of illegal drug use for 10 years and is HIV positive.  He has well documented chronic low back pain with radicular symptoms bilaterally to legs; he has significant pathology to justify his current multi-drug analgesic regimen of NSAIDs, gabapentin, and methadone.  He receives anti-retroviral therapy.  His methadone dose has been stabilized at 10mg PO QID x 2 years without a need for adjustment.  He takes no other opioids for breakthrough pain.  Five weeks ago, AZ’s doctor added nevirapine IR 200mg PO BID to his anti-retroviral therapy regimen.  The patient is referred to Pain Management and Chemical Dependence Rehabilitation Clinic because he has been using more methadone than prescribed and the PCP is fearful that AZ may be slipping back into a substance abuse pattern.

Upon review, it is determined that the five week time span within which nevirapine commenced is suspect of a significant drug interaction due to the potent 3A4 induction properties of nevirapine.  Because methadone is a substrate to 3A4 isoenzymes, this could diminish methadone levels by up to 40%.1 A reasonable solution therefore is to provide short-acting opioid for breakthrough pain while slowly titrating the methadone dose upward.  After a therapeutic dose of methadone is reached that does not require breakthrough medication, the IR opioid may be discontinued.  Note that it may be useful to obtain a methadone serum level prior to and following the titration; this could serve as a baseline for future issues affecting serum methadone in this patient.  Note however that an abrupt discontinuation of nevirapine could cause just the opposite; that is, methadone levels could potentially increase by 40% resulting in significant morbidity or mortality.

EZ is a healthy 42 year old female.  She is 65 inches, 125 pounds and exercises regularly.  Due to a weight-lifting injury 2 years ago, she developed temporomandibular joint disorder (TMJD).  Her pain has been adequately treated with naproxen 500mg PO twice daily and tramadol 75mg orally four times daily (PO QID).  She reported to her maxilla-facial surgeon because of increased pain.  He raised her tramadol to 100mg PO QID with some benefit for about three months, but it proved to be an inadequate adjustment.  EZ continued to complain of pain at a level of 7/10 on a visual analogue scale (VAS) of 0-10.  She lost 10 pounds in 3 months due to difficulty in eating.  Her doctor decided to add carbamazepine 100mg PO twice daily.  Within one week, the patient reported excellent success and a pain level of 0-2/10.  She was happy with the results. Four weeks later, the patient contacted her doctor to report that the pain was worse than ever and that there was no life changes to which she could attribute the rapid deterioration of her pain.

A pharmacist was contacted in the pain clinic and asked to see the patient.  After reviewing the chart, it was clear that since carbamazepine is a potent 3A4 inducer that could take several weeks to affect hepatic enzymes, tramadol levels were likely significantly diminished.  Tramadol is well-known to be a substrate for 3A4 isoenzymes.

Since the patient clearly responded well to the triple drug regimen of naproxen, tramadol, and carbamazepine, the choices moving forward were clear.  Either substitute tramadol with a serotonin-norepinephrine reuptake inhibitor (SNRI) that is not a significant 3A4 substrate, or change carbamazepine to another anticonvulsant that does not significantly induce 3A4 isoenzymes.  One example of an anticonvulsant that does not undergo any metabolism in humans is gabapentin.

Potential option:  Duloxetine or another SNRI could be a viable option to replace tramadol.  Metabolism of duloxetine does not involve 3A4 isoenzymes; instead, it is metabolized by CYP2D6 and CYP1A2.2,3

In summary, we need to be cognizant of drug interactions involving the cytochrome P450 system and must be prepared to intervene appropriately when faced with these therapeutic dilemmas.