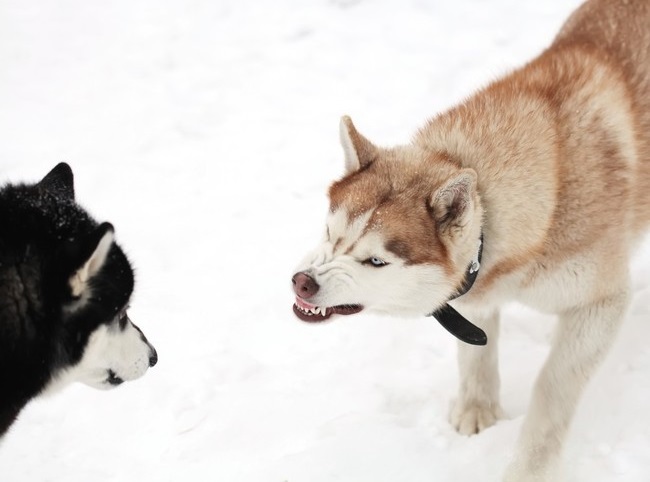 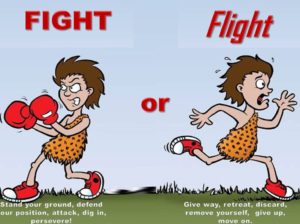 As originally described by Walter Bradford Cannon, “the fight-or-flight response (also called hyperarousal, or the acute stress response) is a physiological reaction that occurs in response to a perceived harmful event, attack, or threat to survival.”

I can’t help but wonder if the recent lawsuits brought against several Big Pharma opioid manufacturers by various states has placed the Pharma in a state of fight-or-flight. Now we can add Ohio to Mississippi’s pending lawsuit in addition to West Virginia who settled out of court, the City of Chicago, and various counties in New York and California all of whom have started litigation for their sweet monetary settlement. But, any judge allowing such nonsense to move forward could culminate, at least in my mind, into harm that sets dangerous precedent to attack, and threaten the survival of several industries in the free world, including not just Pharma, but the tobacco industry, alcohol, and yes, even unhealthy snacks and beverages. I promise – we’ll come back to this!

As highlighted on the American Pharmacists Association (APhA) website, the Wall Street Journal’s recent report, Ohio sues five drug firms, saying they fueled opioid crisis highlights the state of Ohio is next on the list of states to file suit “against five drug companies, accusing them of conducting marketing campaigns that misled doctors and patients about the danger of addiction and overdose. The complaint—filed by Ohio Attorney General Mike DeWine—targets parent companies and various subsidiaries, including Purdue Pharma, Johnson & Johnson, Teva Pharmaceutical Industries, Allergan, and Endo International’s Endo Health Solutions unit.” It went on to say that the companies are accused of being dishonest with prescribers and the general public about opioid analgesic risks. Ohio is seeking monetary damages to curtail the costs associated with the opioid crisis.

I was happy to learn that according to Reuters’ Chris Kening, Janssen spokesman Jessica Castles Smith did not succumb to flight in her emailed statement: “The allegations in this lawsuit are both legally and factually unfounded.” And she went on the say “Janssen has acted responsibly regarding its opioid pain medications, which are approved by the U.S. Food and Drug Administration and carry FDA-mandated warnings on their labels about the drugs’ known risks.” That is quite a statement coming from such a conservative family-orientated company that is owned by Johnson & Johnson.

Purdue Pharma took the comfortable Swiss approach, stating via email “We share the attorney general’s concerns about the opioid crisis and we are committed to working collaboratively to find solutions.” I won’t quite assign Purdue the flight award yet; at least they commented, unlike other Pharma companies named in the suit.

Notwithstanding, like so many others, Kening’s article quotes a common misdirected factoid that “opioid drugs, including prescription painkillers and heroin, killed more than 33,000 people in the United States in 2015, more than any year on record, according to the U.S. Centers for Disease Control and Prevention.”

While opioid deaths have generally risen from 2001 to 2014 according to NIH, from 2010 to 2014, opioid deaths leveled off.  What changed during that time is that heroin use, precipitously increased. All of these are nicely graphed on the NIH website which is easily accessible to media muckrakers that continue to incorrectly correlate and sensationalize prescription opioids as the root cause of the opioid crisis.  Moreover, according to SAMHSA data, non-medical use of opioid analgesics dropped between 2004 and 2005, leveled off from 2005 to 2009, and dropped significantly from 2009 to 2014.

Reuters and the WSJ also fail to acknowledge that there is no separation made in the mortality data between illegally obtained heroin-associated deaths and that of prescription opioids. Furthermore, while prescribed opioids and deaths associated from these have clearly declined, we have seen the worse surge in heroin use than ever before as unmistakably highlighted on the NIH website graphs linked above.

Three years ago, guest blogger Sarah Fudin Hermalyn pointed out that “Drug companies spent nearly $84 million marketing pharmaceuticals in the District of Columbia in 2011, including an outlay of nearly $19 million for gifts given to physicians, hospitals and other health care providers, according to a report by researchers at the George Washington University School of Public Health and Health Services (SPHHS).”

She went on to say that “before we criticize all that Big Pharma does, perhaps we need to put things in perspective. Her comments below are for all Pharma, not just limited to those that manufacture opioids.

◾In 2006, the most recent available data indicates that five of largest cigarette manufacturers spent a total of $12.49 billion – or over $34 million dollars a day for DTC advertising.

◾As of 2012, “the NBA, NHL, MLB, and NFL are worth, combined, more than $12 billion. Furthermore, over the next decade, the value of professional sport teams is going to rise to unpredictable levels.”

“There is greater than 5 times as much spent in direct-to-consumer advertising to encourage people to smoke –public health risk for sure.”  Big Pharma does spend a lot of money in DTC advertising, but those ads are highly regulated by the FDA and do not include advertisements for opioids or opioid-containing products. As Ms. Hermalyn points out in her post, “one can argue that with the current obesity epidemic within the U.S. (a significant public health risk), perhaps the professional sports industry should pay money towards encouraging healthy lifestyles and exercise instead of sitting on a couch, hours on end watching these highly paid athletes.” Hey, maybe states can start suing athletes!

Last year I collaborated on a blog post with Kathleen Nicewicz which we titled, Opportunistic Turds and Opioid Induced Constipation. Here we pointed out that during the Super Bowl, there were multiple beer commercials. So, I ask our readers, why isn’t Ohio and other states suing Anheuser-Busch for the societal costs of drunk driving, alcohol poisoning, liver toxicity, or alcohol neuritis?  When they advertise, I recall a statement like, “drink responsibly”.  I think that’s probably a trivial warning compared to the counseling, patient handout materials, and warning labels prominently displayed on every prescription opioid bottle coupled with FDFA regulation, REMS programs and dedicated educational programs sponsored by Pharma.

Similarly, PepsiCo had multiple ads during the Super Bowl. They make products such as Lays potato chips, Gatorade, Quaker, Tostitos, and Pepsi. Why aren’t states suing PepsiCo for the cost of obesity prevalence in America and associated morbidity and mortality from diabetes that may land a significant portion of victims on costly dialysis?

For the life of me, I can’t understand why Big Pharma isn’t counter-attacking with personal lawsuits against each individual politician that is responsible for rallying their municipalities against Pharma for the purpose of grand-standing and generating revenue. I can tell you from personal experience litigating against the government, creates a very unpleasant environment for the politician(s). Sure, each grand-stander has liability insurance and protection with their respective state, but there will come a time that personal aggravation will trump the desire to unfairly pursue Pharma.  What I learned personally as a victim is that eventually the accused needs to make a decision; take the heat as prey, or reverse your roles and become the predator – creating an unexpected twist for a pompous political figure that now finds him or herself on the defensive. You’d be surprised how fast their legislative allies back away as personal pressure supervenes.

Big Pharma needs to become the predator instead of the prey and stand up to the villains that are suing for the wrong reasons.  It is high time that Pharma take to fight-not-flight, in an effort to prevent threat to survival. Instead of bowing to large financial settlements, states should be forced to work with Big Pharma to settle in ways that promote a safer opioid environment, such as encouraging Abuse Deterrent Formulations and other means that can help to ensure that legitimate long-term pain patients truly requiring long-term opioid therapy are not caught in the crossfire.

In closing, I suspect there are many here that are dying to post a comment but are precluded from doing so because of their connections to politics and/or the Pharma Industry.  Don’t worry; post your name as anonymous and leave your e-mail address blank. Or, if I see an anonymous come in, I’ll be certain to remove any identifiers. I sure would like to hear from a few attorneys on here. As usual, all are invited to comment, pro and con.