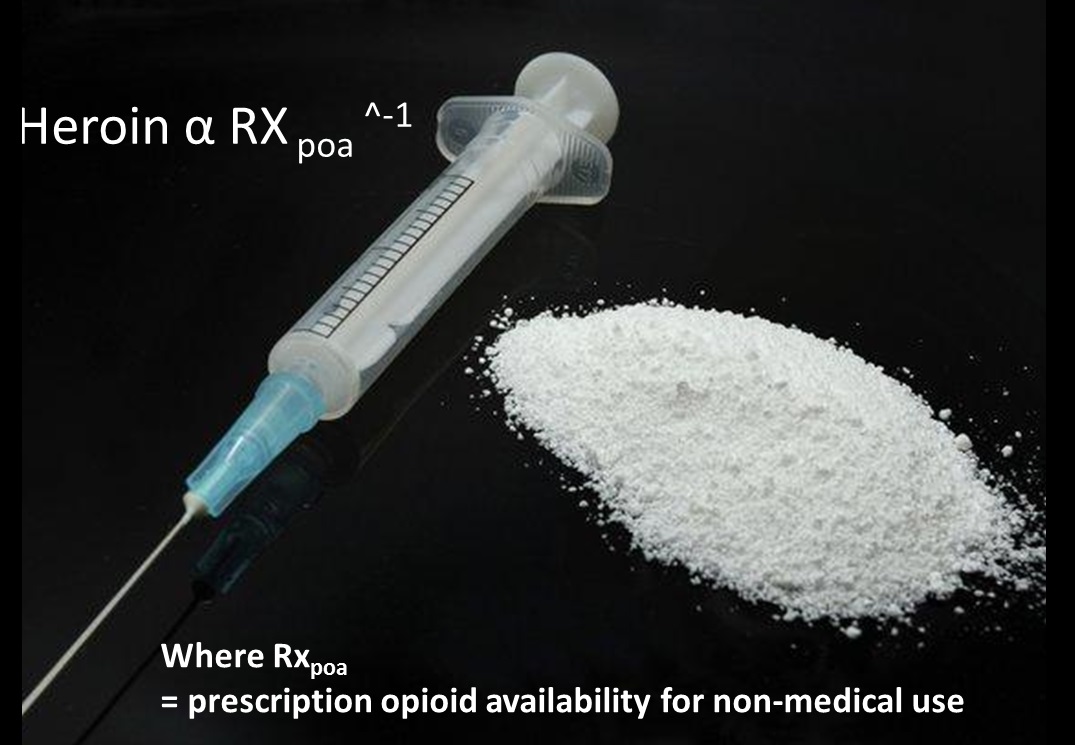 Is this the narcotic utopia we sought?
In the words of Urkel, Are we there yet? Did I do that?

To hear the media tell it, everyone using heroin in the United States today started with prescription painkillers. This is not even remotely the case but even if it were, it begs the question; were they bona fide pain patients genuinely seeking relief from pain professionals? Or were they people in a different kind of pain, whether they knew it or not, lying and gaming the system in an effort to get “fixed” or high?

If it wasn’t for increased opioid prescribing to treat pain, to hear the media tell it, almost no one addicted to heroin today would have gotten there. No doubt there has been an upsurge in the abuse of heroin unequaled since the late 1960s when Oxycontin didn’t even exist. At the height of heroin use in the early 1970s, the ranks of users rose to 600,000 as compared to 669,000 user’s today.1-2

Yet the media cannot leave the pain connection alone when reporting on any facet of this story. CNN, in reporting on the recent spike in overdose deaths stemming from the latest wave of analogue fentanyl finding its way into the heroin supply (a phenomenon that leaves a trail of deaths every few years), couldn’t help but make the world a little worse for people with cancer pain at the same time by referring to the drug as the “powerful narcotic used to treat cancer pain.” This is untrue. The fentanyl hydrochloride that generally finds its way into the heroin supply is brought to you by your friendly neighborhood drug cartel, not the pharmaceutical industry and is not the powerful cancer painkiller itself. It used to be called China White. Now it has been called Theraflu. Whatever the name, it is equally deadly though NOT the “powerful cancer painkiller”. What good would it do to report the facts and not scare the bejesus out of a few people with cancer pain while you’re at it?

One of those unfortunate people who succumbed to heroin overdose was Phillip Seymour Hoffman, the immensely talented and troubled actor, now gone at age 46. He died from ostensibly heroin alone on preliminary analysis (making perhaps, the typical mistake of the newly relapsed and recently sober, miscalculating his lack of tolerance into the equation as he used). Recently, nearly 30 people died in the Pittsburgh area when the heroin/fentanyl analogue combination surfaced there. Bless their poor tortured souls, all 669,000 of them. And bless the poor tortured souls of the 70-100 million people with chronic pain. They are also the victims of an epidemic. And they are suffering and dying too. How many have ended their lives because of pain? Whatever the number, without doubt a solid tenfold more have contemplated it.

The balloon has officially been squeezed. A combination of developments, some positive (abuse deterrent opioids; increased use of urine drug testing and prescription monitoring programs; better risk assessment and use of tools developed for that purpose; legitimate prosecutions of those running “pill mills”), some negative (humiliating pharmacy policies; unfair laws so burdening physicians that they abandon pain management with opioids; the unfair persecution of some legitimate members of the pain community), almost all of which have made the world a more hostile place for people with pain, has feasibly chased the opioid abusers (and some innocent non-abusing chronic pain sufferers on opioids) of the world out of doctors’ offices and into the welcoming arms of the drug dealers.

Then there’s the media…

Media driven sensationalized statistics, sometimes even quoted in some peer-reviewed journals have served to inaccurately legitimize misleading numbers, or HALF-TRUTHS.  For example, the claim that the “United States representing less than 5% of the world’s population, are by far the largest group of opioid users consuming 80% of the world’s supply of opioids” or “Americans use 99% of the hydrocodone available globally.”  We see these so often, we won’t even reference it.  The whole fact is that although Americans use 99% of the hydrocodone available globally, other countries choose not to use hydrocodone or it is not available. Dihydrocodeine largely is used instead of hydrocodone throughout Eurpoe for mild to moderate pain; hydrocodone in Canada is only available in cough and cold products, but not otherwise prescribed for pain.  In Australia, hydrocodone has been largely replaced by morphine.  THAT’S THE WHOLE REAL TRUTH!

But we want to ask – pain community/media/regulators/law enforcement – is anyone happy now? We know you’re not happy. No one who cares enough about people and aspires to become a doctor, nurse, pharmacist, psychologist, social worker, reporter, policeman, or regulator could be happy when people are addicted or dying.

We suppose the correct question is, “do we feel any more virtuous now that people are not dying from prescription medications at the same rate that they once were and are now dying from street drugs again?”

Let’s suppose the media was correct. Everyone out there currently using heroin used to be a user/abuser of prescription opioids. To hear the ostensible pundits, they’ve moved over because they want an “even more powerful high” (where do they find these guys?) or because heroin is cheaper. We think it’s because heroin is now more readily available. But whatever the reason for the switch, we view this as a missed opportunity. We, all of us clinicians, had them right where we wanted them – in doctor’s offices and various clinic settings. And they were in pain – maybe not the pain we thought we were treating but they were in pain nonetheless, even if they didn’t know it. They might have felt just as much of a rush fooling us and scoring their prescription as they did later when they crushed and snorted or crushed and injected or simply put a whole tablet in their mouth and chewed it or swallowed it. But they were hurting.

This is what happens when our solution to every drug problem we have is focused on the supply side. “Cut down access and addiction issues will be solved”. How many times have we made this same mistake?  As mathematically illustrated in the featured image, it’s become pretty clear that heroin usage is inversely proportional to illegal prescription opioid access; but, that doesn’t equate to or mean that legitimately prescribed opioids yields heroin usage.

And we had them RIGHT-WHERE-WE-WANTED-THEM, in our offices!

Had we not focused on cutting off access, but instead focused on the human being in the room; and if we had something to offer them, a vocabulary, and the training to present what we had to offer them in a nonjudgmental fashion to make them want to accept it, things may have been different today. If only our society had not made prescribers more afraid for their licenses and livelihood and not turned our relationship with these suffering people into an adversarial one…

So now heroin is the “it” drug again. Can we now offer help, state of the art help that is highly individualized scientifically (not philosophically) chosen treatments for each person?  And while we are at it, can we recognize that the pain clinic population has changed during this time?  We submit that the population of people with chronic pain is now using illicit drugs at a rate that is a fraction compared to that of the general population. We now have a huge range of tools to help stratify risk, manage risk and treat those who need and might benefit from opioids to help maximize benefits and minimize risks. So can we now stop further stigmatizing people with pain with prejudicial laws and policies? For that matter, could we stop stigmatizing people with addictions?  Could we stop stigmatizing everybody? Can we help…anybody? Can’t we just all get along?

To rephrase John F. Kennedy’s famous quote, Ask not what regulators and journalists can do for you (to lessen your burden of difficult patients), but ask what you can do for your patients.

No matter how or why, these patients found themselves on the wrong end of a potentially fatal syringe full of a potentially lethal drug. They should have had you at hello.  Instead, they are in cold place with nowhere to run except the street.

This blog was written by Doctors Jeffrey Fudin and Timothy Atkinson
Dr. Atkinson is a PGY2 Pain & Palliative Care Resident at the Samuel Stratton VA Medical Center, Albany NY.  This Blog was not prepared in his official duty as a government employee.

34 thoughts on “Opioids, Media Deception, & Heroin: Are We Happy Now?”