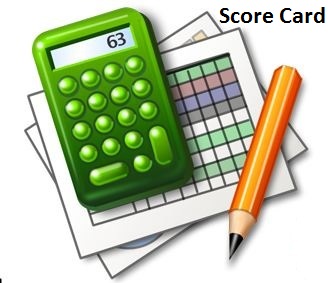 While media muckrakers and anti-opioid zealots continue to fuel a fire of opiophobia and political strategists march like zombies in a parade of vote-seeking rhetoric, a simple fact remains ignored.  Morphine Equivalent Daily Dose (MEDD) equal to or above 100mg per day scores third on the risk scale for opioid-induced respiratory depression (OIRD).

Perhaps those that are in a position of adversely affecting millions of legitimate pain patients care less about their constituents than the validated ALTERNATIVE facts.

Government agencies and third party payers continue to employ MEDD limits while ignoring other equally or more important factors that influence risk of opioid-related deaths, including that opioid abuse does not equal long-term opioid use in legitimate patients.

Opioid dose alone is not at the top of the list for items that increase risk of opioid-induced respiratory depression.  And even if it were, as I’ve written about many times before (See The MEDD myth: the impact of pseudoscience on pain research and prescribing-guideline development), an opioid dose in one person is not necessarily equivalent to that same dose in another.1 Furthermore, there is no universally accepted morphine equivalent daily dose to make that calculation even if it were.

And, to make matters worse, the recently posted CDC online opioid calculator is grossly flawed for morphine to methadone conversions to the point of being dangerous. See examples below…

Methadone conversion is quite complex and if a calculator is to be used, it must come with extensive warnings, be used only by experienced clinicians, and should consider the complex mathematics that should be built into the calculator as pointed out HERE.2

I write this post today though to highlight that while all drugs, including opioids, have elevated toxicity as the doses increase, opioids are unique in that tolerance develops to various toxicities if the dose is escalated slowly, but there are well-known co-prescriptions that elevate the risks for all patients, opioid tolerant or not.

Today I wish to highlight an article not even off the press yet that really establishes the items we should be looking at to stratify risk for OIRD. Somewhere lost in the crossfire of anti-opioidism are these very real dangers that I believe are masked to patients and clinicians by a political veil.

Zedler and colleagues developed a Risk Index for Overdose or Serious Opioid-Induced Respiratory Depression (RIOSORD).4 This case-control analysis was based on a cohort of 18 million patients using prescription claims data. The authors identified 7234 cases of overdose or serious opioid-induced respiratory depression (OSORD) and compared them with 28,932 controls. Common risk factors associated with OSORD were assigned a score for each risk factor using multivariable logistic regression modeling. This RIOSORD tool for the general population is a 16-question survey, that has a total maximum score of 146 points. Of note, an automated software platform called Naloxotel was developed separately by *Remitigate, LLC and can be used by prescribing and dispensing clinicians to calculate percent risk based on the RIOSORD and creates a comprehensive electronic or PDF chart note that can help to justify co-prescribing naloxone for at risk patients.

With 90% confidence, the RIOSORD establishes that for patients taking opioids, concomitant antidepressants or benzodiazepines elevated the risk score higher than an MEDD exceeding 100mg per day. This can be seen in Table 3 of her publication and is pasted below for a quick look.

RIOSORD Score:
A prescription benzodiazepine?  9
A prescription antidepressant?    8
Is the patient’s current maximum prescribed opioid dose ≥100 mg morphine equivalents per day? (Include all prescription opioids consumed on a regular basis)  7

The original RIOSORD data was published with slightly different criteria in 2015 in a Veteran population.6 The RIOSORD discussed herein for the general population was presented in poster format two years ago at the American Academy of Pain Medicine Annual Meeting.

An ethical and moral question remains unanswered; Why do feeble journalists, politicians, and even some clinicians continue to hang their hats on MEDD alone while ignoring very real evidence that other factors are equally or more important?

ALTERNATIVE FACTS provide real evidence that link several other factors to opioid-induced respiratory depression,
BENZODIAZEPINES or ANTIDEPRESSANTS have a higher risk than a morphine daily dose equivalent of 100mg/day or higher.

Seriously, can’t we just all get along for the benefit of patients and be truthful about these risks? I’d much rather see public service announcements and policy mandates that warn of the REAL and proven comorbid risks for OIRD rather than blaming opioid dose alone. Is anybody with me on this?